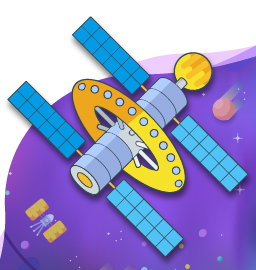 The first thing we learn about space is the absence of gravity in it. We’ve all seen movies and real-life clips of astronauts floating inside their spaceships. Yet, there are some sci-fi movies that show you astronauts happily walking inside a spaceship as if they were on earth.

A scene from the movie The Martian. Source: tumblr

A scene from the film 2001 – A Space Odyssey. Source: americanfilminstitute

Another RIP Newton moment? Not really!

While this may seem like a huge violation of laws of physics in the name of science fiction, there is in fact, a legit way of simulating gravity in space. Yes, you can use the same laws of motion to create artificial gravity inside a spaceship!

Let’s see how this may be possible

There are two fundamental concepts of physics at play here – Centripetal Acceleration and Centrifugal Force. Let’s try to understand them with a simple example.

Sitting in this car, for example, you’d be swayed from right to left as you steer across this track. This is again a centrifugal force in action. Source: reddit

Why Newton’s Ghost will NOT haunt these filmmakers?

For the very reason that they used NASA’s official prototype for simulating gravity in space. Now, that we have the fundamental constructs in place, let’s understand how we can use them for creating artificial gravity.

Imagine a giant wheel (or a Ferris Wheel) like structure rotating in outer space with people sitting in the passenger cabins. Since there is no other force in space, unlike on earth (gravity), the only force experienced by anyone sitting in the cabins would be a centrifugal force as a result of its rotation.

Here’s the most interesting part

We can control the amount of centrifugal force by controlling the speed of rotation.

Feels non-intuitive? Well, let’s come back to our car example for simplicity and better intuition. You can imagine that you’d be pushed harder towards or away from the door in the depicted white car if you took the turn at a very fast speed and less hard if you took the turn at a slower speed. If you were going very slow, you might not have any noticeable experience of the Centrifugal Force at all. On the contrary, if you were a driver in an F1 car race, you’d be taking tight turns at high speed and experience big jolts of Centrifugal Force every time you took a turn like that white car.

In the same way, we manipulate the speed of rotation of this giant wheel-like structure in space such that the Centrifugal Force starts feeling equivalent to the gravity on earth. Voilà! You have successfully tricked these astronauts into believing they are on earth.

So does this ‘create’ Earth-like gravity in space?

The answer to this is both yes and no! That is, it’s just a force that causes an acceleration equal to what is caused by the earth(9.8m/s²). While it feels just like on earth, it is the centrifugal force as a result of rotation that’s simulating this feeling instead of actual gravity (which is a force between two objects purely by the virtue of their mass). Hence the prefix Artificial. Of course, one can argue from the human experience, there’s isn’t a way to differentiate between the artificial and the genuine forms of gravity.

Although these are different concepts altogether, they are both parts of the Newtonian or classical physics. So, Newton is happy either way. And about why we don’t have such technology yet, well, the most significant known reason is that the cost of carrying out such a mission would be too much for any country at this time. Hence, every astronaut like Christina Koch has to keep floating all the time during their missions.

We hope this article was as informative and fun for you, as it was for us. Share with us your experience in the comment below. To know more about space missions and milestone achievements that changed our understanding of our world, galaxy, and more, stay tuned to The Learning Tree.