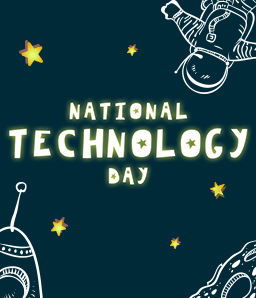 Celebrate the scientist in you with two exciting DIYs

Imagine being a part of a mission that will script the history of a nation. What if you were a part of a team of top scientists and researchers, secretly executing this mission. Doesn’t this sound like the storyline of a spy thriller? Wait! This is the true story of India’s Operation Shakti or Pokhran – II, which was launched on May 11, 1998.

May 11, 1998, is an important day in the history of science and technology in India, as it marked three remarkable events that put India on the global map, as one of the tech-empowered nations in the world.

Given these successes in the field of technology, May 11 was declared as the National Technology Day by former Prime Minister late Atal Bihari Vajpayee. He envisioned this day to ‘symbolize the quest for scientific inquiry, technological creativity and translation of that quest in the integration of Science, Society and Industry.’ The Indian government celebrates this day by awarding innovations by individuals and industries in the field of science and technology every year, since then.

Now that you know the story behind the historic May 11, you may wonder as students, what could  you do? Perhaps, celebrate science in everyday life.

This National Technology Day, let the scientist in you bloom! We have two Do It Yourself (DIY) experiments for you. We’re sure these experiments will pique your curiosity and teach you a lesson or two in science.

The plastic bottle contains air in the form of gases. Gases expand when they’re warm. The heat acts as the energy that expands the gases and makes it dense. As a result, the balloon inflates. Similarly, gases contract in cold surroundings. The cool air doesn’t have much energy so it contracts the air, making it less dense. Hence, the balloon deflates. Dense gases always float on top of less dense gases. This is how parachutes work. Dense hot air in the parachute balloon makes it float in cooler air.

When you hit the spoon with the ruler, it vibrates, creating sound waves. These waves travel up the woolen string all the way to your ears. Here, the woolen sting acts as a conductor (it’s an object that allows sound to pass through it easily). The wool allows for the continuity of the sound waves, which creates reverberation. That’s why, you continue to hear the sound for a little longer after hitting the spoon.

Let us know in comments about your experience in doing these DIYs. Are you curious to know more about these topics? Watch the videos given below to get a better understanding: