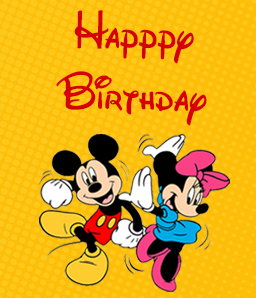 Our favourite cartoons always give us a rush of nostalgia. Nothing can make us happier than our all-time onscreen cartoon friends, especially those we have grown up watching, like our very own Mickey and Minnie mouse!(age, no bar)

This year on November 18th, your favourite mouse pair is turning sweet 90!

So, while you are preparing to celebrate their birthdays in front of your TV with some popcorn and juice, here are some lesser known fun facts about Mickey and Minnie Mouse that will definitely make this day even more memorable!

So next time when you step into Disneyland or Walt Disney World, look out for the hidden Mickeys. Apparently, they are hidden all over the theme parks!!

Thanks to Walt Disney’s creation of Mickey & Minnie Mouse, we all had a wonderful childhood, filled with fun!

Here’s a short chip of the advantures of Mickey & Minnie Mouse!