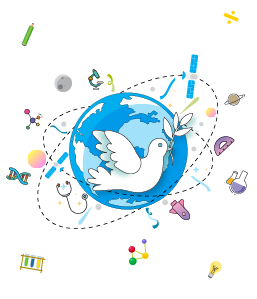 Have you lately asked yourself,

“What has Science done for the world?”

The progress made by science in recent decades has changed our lives. Science, and its countless applications, now influence and better all aspects of our existence. The resulting innovations are also an opportunity for the development of our societies. They are improving our well-being, facilitating daily life and pushing boundaries in the fields of medicine, transportation, communication and knowledge-sharing. They are an engine of growth and wealth.

Celebrated every year on November 10th, World Science Day for Peace and Development stresses on the role science has played in shaping our world, its importance and the need for its awareness across all sections of our society. The theme for 2018 is “Science, a Human Right”, demonstrating that everyone has a right to participate in and benefit from science.

On this day, let’s look at some significant contributions that have successfully promoted this ideology, made science more accessible and facilitated the creation of a more sustainable society.

Akoli village in Jainad mandal of Adilabad district, Telangana, became one of the first few villages in the country to go 100 percent digitally literate under the Common Service Centre of India (CSCI) programme thanks to the single-handed and untiring effort of a 32-year-old graduate, Nivalkar Gajanan, hailing from nearby Gimma village. Being a computer literate himself, Gajanan is a village level entrepreneur (VLE) who runs a CSC on the NH-44 in the same mandal and was inspired to do something worthwhile. His drive had him organising computer training sessions and spending almost his entire earning on the training programme itself. Now, the village has at least one person in each of its 167 households who is well versed with basic knowledge in computers and can pay electricity bills and access other such services.

Indian scientist, Rajagopalan Vasudevan, solved one of the most grappling problems of plastic disposal in our country by converting the plastic litter into a substitute for bitumen. Bitumen is one of the main elements in asphalt, used for road construction. Popularly known as the ‘Plastic Man of India’, Rajagopalan’s team has already paved 5,000 kilometres of roads in 11 states. 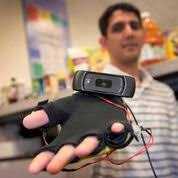 This is the first intelligent device for visually impaired people, which allows them to read printed text without any problem. Created by Roopam Sharma, a 23-year old Indian scientist, Manovue made it possible for the visually impaired to ‘see’ the world through technology. Roopam was awarded with the World Health Summit Startup award, 2018.

Assam’s Jadav “Molai” Payeng single-handedly created woodland of 1,360 acres of dense forest over several decades. His intention were to save the species of the island that were endangered due to the increasing floods each year and prevent soil erosion. This happened when he witnessed more than a

hundred snakes lying lifelessly on the deserted sandbar near the river Brahmaputra after a heavy shower. He was just 15 years old then and decided to save his homeland by planting and tending to trees. Till date, he has planted around ten thousands of plants saplings, thus saving the island from erosion. He was honoured with Padma Shri in 2015 for his contribution towards a better and green earth.