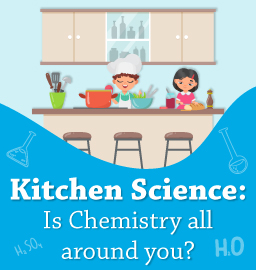 Chemistry Laboratory in your Kitchen

After receiving your overwhelming responses and requests for more chemistry experiments, we are back with yet another blog. And this time, we are heading straight to the kitchen!

Have you ever wondered why people cry when they chop onions? What is the use of a pressure cooker when you can cook the same food in any other vessel? Why are vegetables so bright? There are so many such questions that lead to one common answer – chemistry!

Chemistry is not just limited to beakers and labs. It is all around you and inside you! The better you know chemistry, the better you get to understand the world. So today, let’s explore the kitchen and understand how chemistry surrounds us in daily life.

Ever wondered why onions cause such irritation? Here is how scientists explain it.

When we cut an onion, the cells inside the onion break up, consequently releasing an enzyme called allinase. This enzyme produces a chemical known as syn-propanethial-S-oxide, that gives onions its characteristic flavours. Some of these chemicals also act as a lachrymatory agent which causes tears. When the chemical syn-propanethial-S-oxide comes in contact with the front of our eyes or the cornea, the nerve endings present there send messages to the brain signalling about the irritation. The brain then signals back to the tear glands to release tears and protect the eyes.

This is one product that lives up to its name! It pressures the food to cook quickly! When French physicist Denis Papin first demonstrated his “New Digester for Softening Bones” before the Royal Society on May 22, 1679, little did he know about its usages in the modern kitchen. Today the pressure cooker is used to speed up the cooking process as it takes less time to cook. But what is the secret behind it?

A pressure cooker has a modified lid that locks on over a rubber gasket to create a seal. When we cook food inside it, it produces steam from the water. Unable to escape the vessel, the steam starts to build up pressure that rises above the cooking temperature of the meal, thus speeding up the cooking process.

The bright colours in vegetables and fruits are a complete work of chemistry. Wondering how?

Vegetables and fruits contain thousands of natural chemicals called phytonutrients (‘phyto’ refers to the Greek word for plant), also called phytochemicals. These chemical compounds protect plants from germs, fungi, bugs, and other threats while giving these fruits and vegetables their rich colours, distinctive tastes and aromas.

Here’s a chart of fruits and vegetables sorted by their colours and presence of specific phytonutrients. 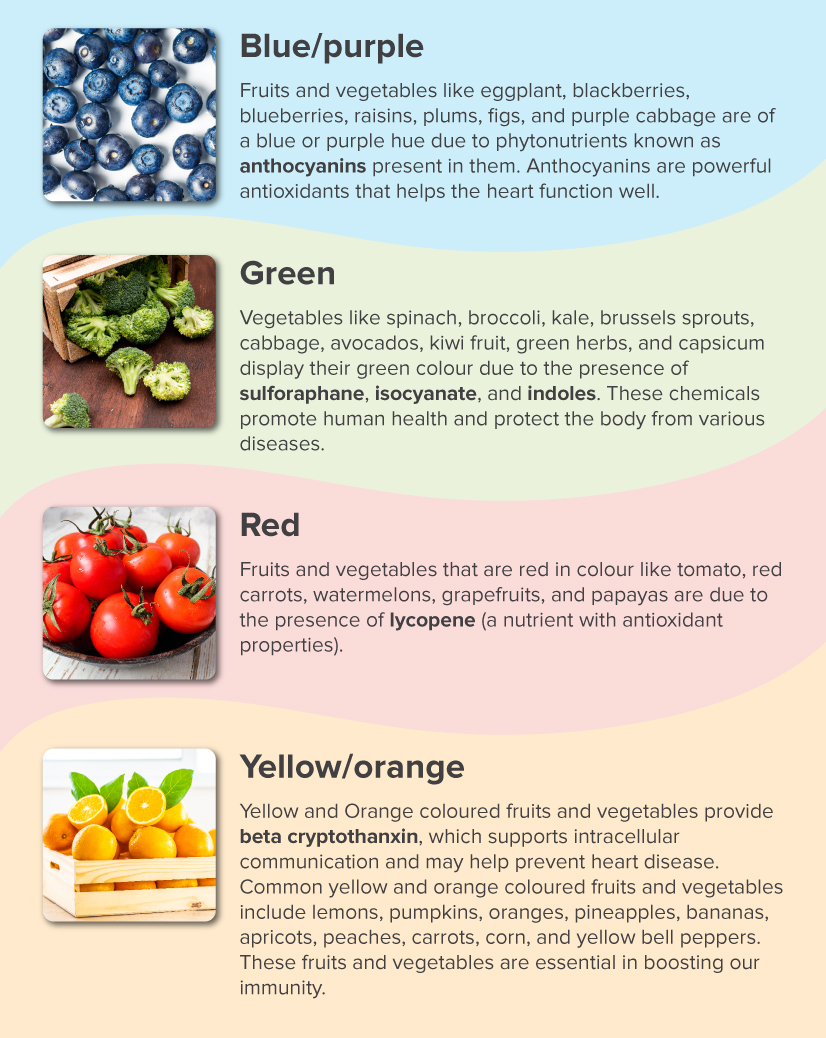 We all know that adults prefer to drink coffee to stay alert and awake. But do you know the biochemistry behind it? 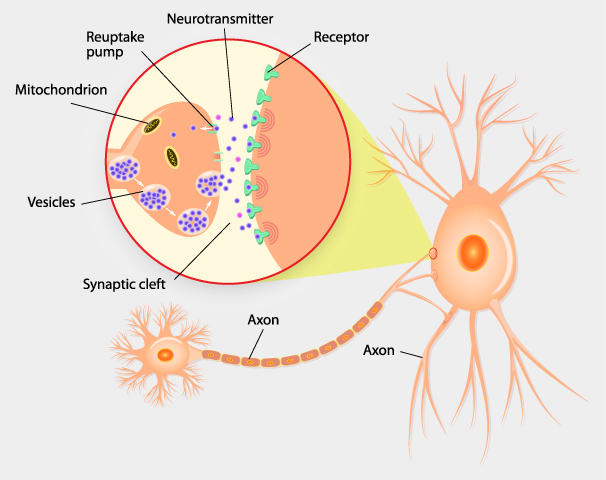 The active component in coffee is a substance called ‘caffeine’. A natural stimulant, caffeine works by changing the chemistry of our brains! Specifically, the nerve cells or neurons of the brain. Neurons communicate with each other using a substance called neurotransmitters. Each neurotransmitter molecule fits only one particular kind of a ‘receptor’ on a neighbouring nerve cell. Think of it like a biochemical jigsaw puzzle!

One such neurotransmitter is called adenosine, whose job it is to reduce neural activity and dilate the blood vessels – something that happens when you are about to fall asleep.. Interestingly, the receptors for adenosine are also a perfect fit for the molecules of caffeine. But while caffeine looks just like adenosine, its effects are the exact opposite! Caffeine increases neural activity and fires them up and also causes blood vessels to constrict.

This increased firing of neurons warns the pituitary gland, which in turn directs the adrenal glands to increase production of adrenaline, ‘the fight or flight hormone’. This causes your pupils to dilate, along with an increase in your heart rate and blood pressure, producing that feeling of alertness that is typically associated with a cup of coffee.
Chemistry plays a major role in our day-to-day activities. Infact, you can sense its presence from the moment you wake up and open your eyes till the time you go back to sleep.

Can you identify at least six activities in your daily life that involve chemistry? Tell us in the comments below.