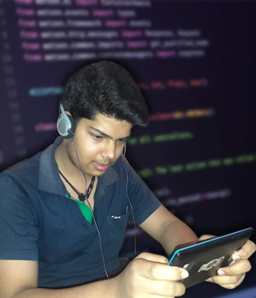 Computing through to a revolutionary future – Ashutosh Bhatt

“Computers are the future of this world. In a century heading towards Artificial Intelligence, and giving a life-like experience in a virtual world, learning and understanding computer languages can create a new level of understanding- But always start from the “Basics.” With this strong belief in conceptual understanding and an innate love for programming Ashutosh Bhatt, our 8th grader from Varanasi, is on his way to becoming an independent game developer. Drawing from his father’s love for computers, Ashutosh developed a keen sense of understanding of basic computer language like Java and C++ from the young age of 13. 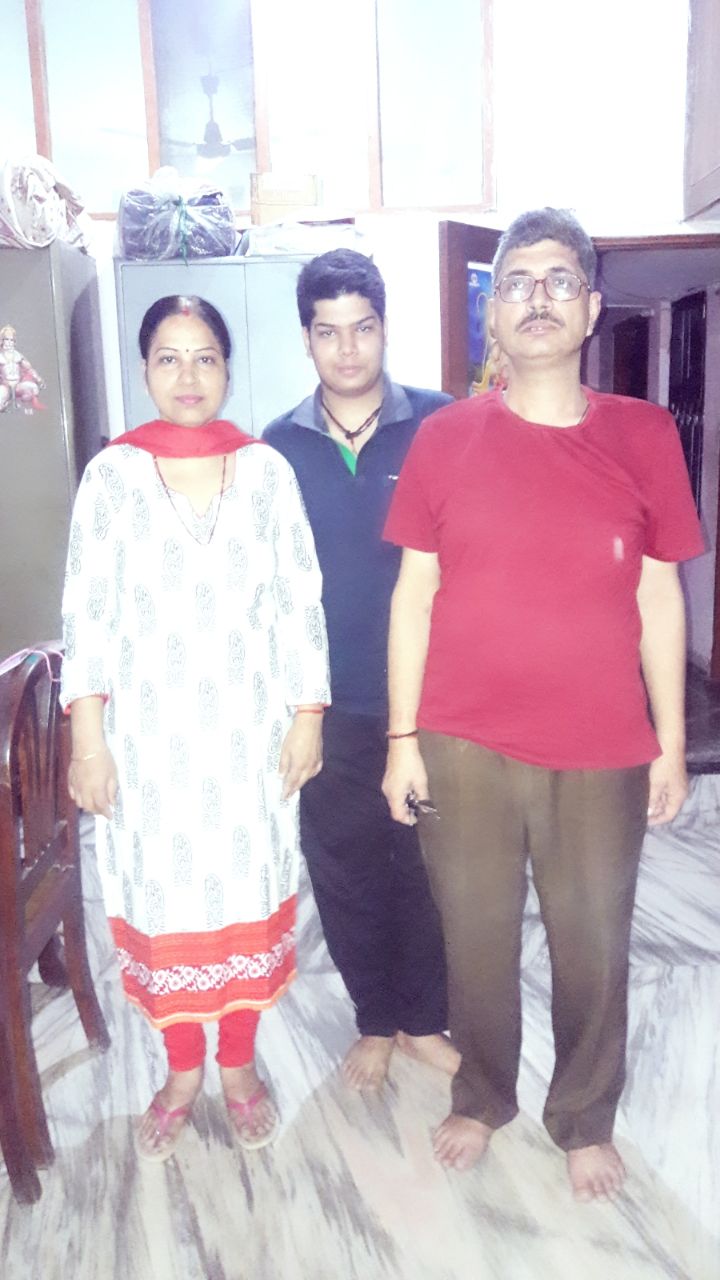 Hailing from a middle class family rooted in Varanasi, Rakesh Bhatt, father of Ashutosh, developed a love for computers which grew when the family purchased their first laptop. Spending hours on the computer creating and keeping accounts for his clients, Mr. Bhatt became an inspiration to his son, coaxing him to dive deep into the study of computer languages. “ I would see my father’s hands become a blur as he typed away effortlessly on the keyboard and I hoped to be like him some day and create my own ideas on a laptop of my own,” shares Ashutosh. A fan of computer games, Ashutosh’s interest in computers grew as he entered the world of new-age computer games. What started off as an everyday hobby soon turned into a passion for this teenager as he collected reading materials and spent hours watching videos, learning programming languages far more complex than the lessons taught in his school. His sole aim was to create a game of his own with whatever programming basics he learnt.

After 6 months of practicing and learning languages like C++, JAVA and PYTHON, after several failed attempts, Ashutosh finally succeeded in creating his own game – “Bach Sako To Back Lo” a first person simulation game which follows the generic gameplay of apprehending a culprit. When asked why he loves programming, Ashutosh confidently replied stating, “ Everything is logical in programming. If you put in the right codes, the answer will come before you, so you just need to have the right design in mind and the correct knowledge – everything else falls in place after that.” 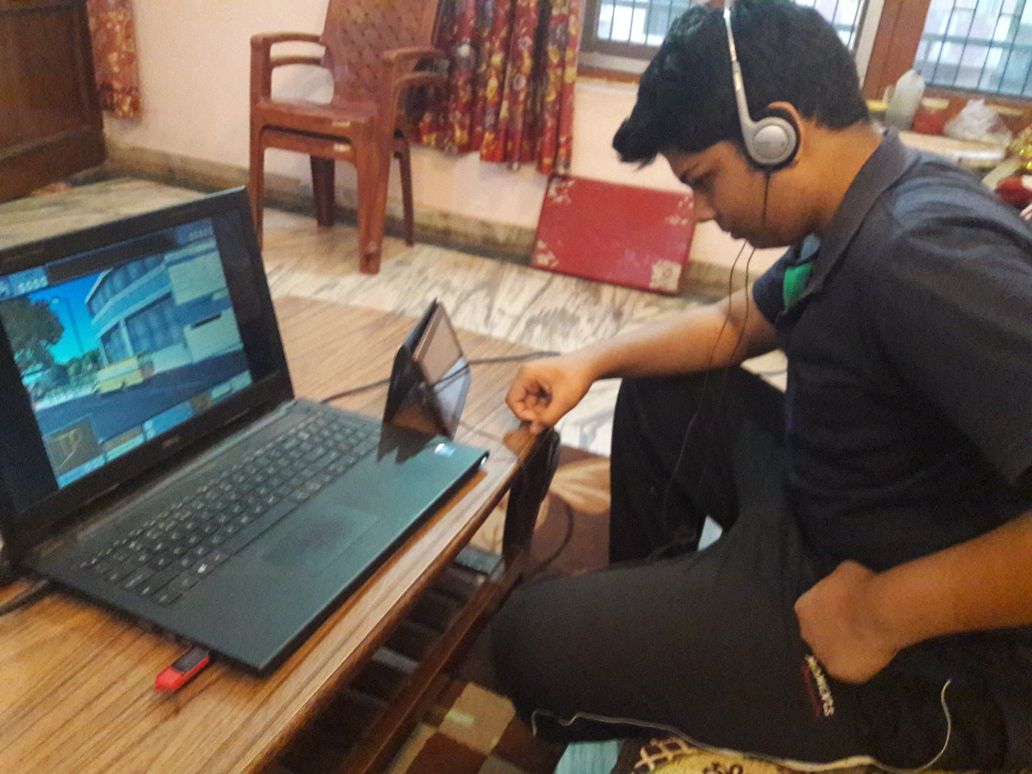 Apart from being passionate about creating games, Ashutosh also spends his free time singing and enacting his favourite actors and characters from games. Having taken part in several school kawwali events, Ashutosh realised that spending time singing helped him relax from his study regime. “We have always encouraged him to pay equal attention to his passions and his studies, but with him spending hours learning and perfecting his understanding of computer languages, his Sciences and Math at school took a blow,” Mr. Bhatt shares, talking about the chance discovery they made online when looking for study helps for Ashutosh.

An online BYJU’S advertisement caught the eye of Mrs. Bhatt and they decided to try the trial pack to understand the concept of learning using graphical representations, audio-video lessons, animations etc. A love story that start almost two years back, Ashutosh discovered in the BYJU’S app, the perfect study companion with the help of which he could keep track of his classroom studies and continue his game designing sessions as well.

“It was a fresh change from the regular “underlining and learning” from notebooks technique and I fell in love with the app in an instant. I spend an hour everyday studying from it and that amount of time is enough to help me understand topics with applicable real-world examples.” 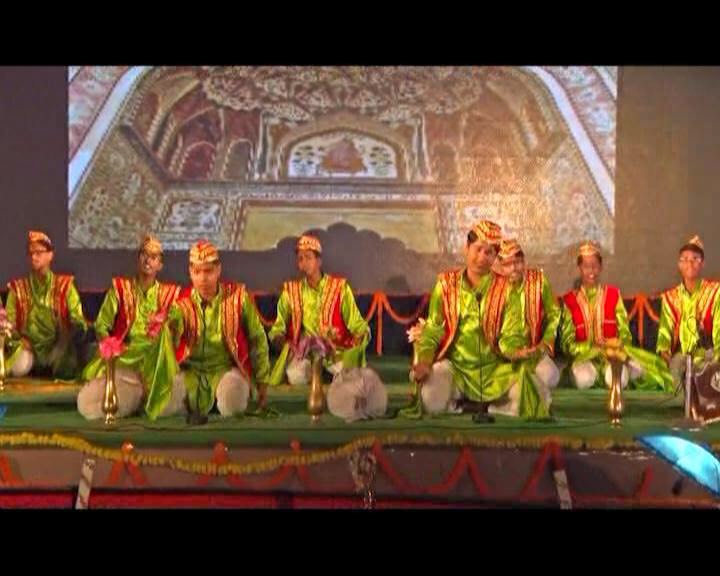 With a strong base to his education, and the unending support of his parents, Ashutosh dreams of starting his own game developing company in the future. Despite not having a laptop of his own, he does not let the lack stop him from practicing towards his dream. “I hope to start my own genre of games sometime to give to Indian children a peek into the future of computers and to expose them to the possibilities held in the world of computers.”

Ashutosh’s parents have over the years seen his love for computers grow and have hoped of getting him into the best engineering colleges in the country. “How much he scores and what he scores in is not our main concern, we want him to be knowledgeable on the long run, gain knowledge of the world and use it to help other students,” is a steadfast belief that Mr. and Mrs. Bhatt both hold on to. We wish Ashutosh the very best for his future endeavors and hope he enjoys his journey ahead with BYJU’S