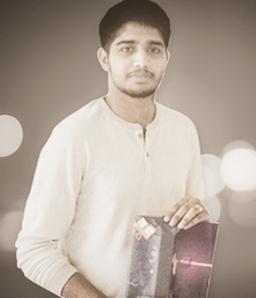 Determination and Persistence helped me fulfill my dreams

Viswanath’s dream: To study medicine in the Armed Forces Medical College, Pune and become a doctor and dedicate his life for the welfare of the society.

Snippet of his journey to NEET:

Setting a firm destination ahead, Viswanath worked towards it immediately after his 10th boards. A curious kid since his youth, his inquisitiveness always lay in his thirst to know more, whether it is studies or sports. 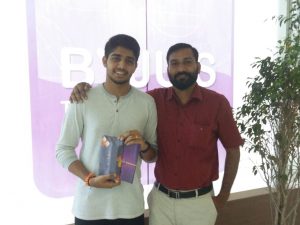 “Apart from playing football with my friends in the evening, I grew a habit of reading the newspaper and jotting down the headlines since childhood. It was a fun activity where my father would quiz me about current affairs at the end of the day. The best part was the reward for my correct answers – chocolates.” (he grins) This practice helped him score high marks in the General Knowledge section of NEET.

Be it a sunday or monday, Viswanath used to religiously wake up at dawn. Escaping the morning fracas, the early hours were the best for him to concentrate better and shape his study schedule for the day. “I would begin my day at 5 in the morning with a quick revision, followed by a run-through of the topics that would be covered by the teacher on that day. This helped me to be prepared for the class better.”

He further adds, “Hard work matters a lot to score well. I dedicated at least 8 hours each day to studies without fail. Along with that, I kept one hour specifically to revise my day’s lessons. This helped me identify my doubts and clear it the next day.”

Tips and techniques from the topper to crack exams:

As Viswanath sermons, “We all fear exams! That’s because we are scared of the unknown questions. According to me, where most of us miss out is on ‘the importance of regular revision’ part. That happens due to numerous factors like: 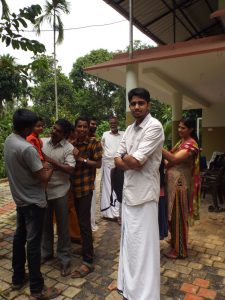 “I refrained myself from committing these mistakes. Two months prior to my boards, I started revising the topics along with my regular studies. I had divided the number of days according to my subjects and started practicing mock papers and sample test papers. For subjects like maths, which requires a lot of practice, I kept an hour every day for it. Managing time efficiently was very critical for me. Thus, I used an alarm clock while solving my mock test papers. Those practice sessions definitely served its purpose well during my final entrance exam.”

While making a choice to take up coaching classes which was worth his time and energy, he downloaded a course from the BYJU’S learning app. He says, “The visuals in the app helped me in solving my math equation. Physics and chemistry equations are structured so well that they are broken down into micro concepts that make the learning process very easy. I feel, along with studying from the NCERT books, the app’s mock test papers were quite comprehensible to me.”

Coming from the picturesque Wayanad District of Kerala, Viswanath enjoys the small joys of life and believes that hard work is the best way to succeed in life. He goes by the mantra ‘practice makes a man perfect.’ He truly cherishes the fact that despite studying in a Malayalam medium school, he is very well versed in the English language – all thanks to his parents’ guidance. In fact, during his 12th, he used to help his classmates with their English lessons. 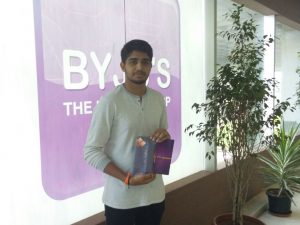 The hiccup of living in a remote village is the scanty access to quality teachers. Ergo, it is important to either travel few miles for better options or get the best out of the local government school. For Viswanath, the crux of the matter was to rely on BYJU’S app completely and also help his friends. “BYJU’S has been a life changing experience for me. At school, teachers used to teach either with the pace of the fastest learner or the slowest, which made learning new concepts a bit difficult. The personalized nature of the app helped me learn math and science and clear my doubts at my own pace. After using the app, I started questioning and analysing every concept from a completely different point of view. Infact, my teachers used to ask me to clear other student’s doubt very often.” he brags.

Viswanath’s father is more than satisfied. He says, “Viswanath is very sincere with his studies and makes his own notes while studying through the app. The way concepts are explained, it makes all the abstract concepts simple yet concrete for him. I feel the pattern in which the app is set is itself a kind of motivation for students.”