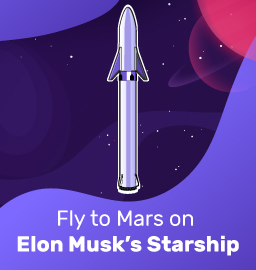 Did you know that soon humans will be able to settle on Mars?

Yes! America’s private aerospace manufacturer SpaceX is working progressively towards building a spacecraft called Starship. Through this, SpaceX is aiming for interplanetary transportation, building a civilization on the planet Mars, and much more! And to make it happen, they are building this rocket-spacecraft combo, which can launch about 100 hundred passengers and large amounts of cargo at one go.

Let’s learn more about SpaceX Starship and its mission.

The year was 2007. SpaceX’s founder and lead designer Elon Musk came up with the idea to colonize Mars, explore other planets, and help make humans a multi-planet species. Soon the idea started taking form. By 2012, the company started designing the Raptor Rocket Engine, which would propel all versions of the launch vehicle called Super Heavy and the spacecraft called Starship.

Let’s look at the parts of this space vehicle. 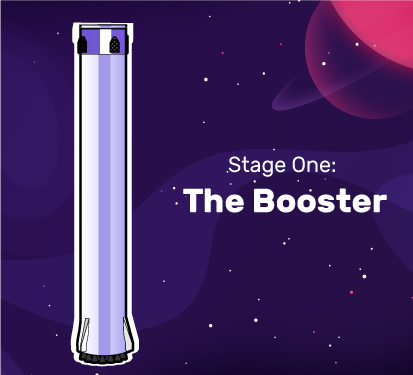 Stage One: The booster

Known as Super Heavy, this booster is the first stage of the Starship vehicle. Measuring  63 meters (207 ft) long and 9 meters (30 ft) in diameter, this booster has stainless steel tanks that hold the subcooled liquids – methane and liquid oxygen (CH4/LOX) propellants. The design of the booster will enable it to successfully return to its launching mount. The primary purpose of the first-stage booster is to propel the Starship to orbital altitudes and beyond. 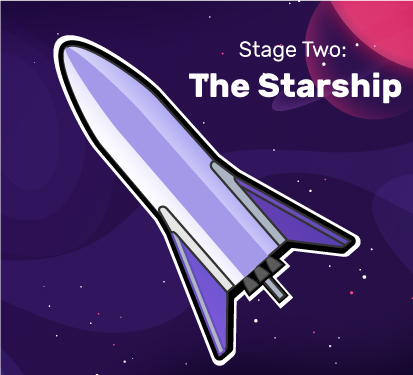 A fully reusable, second stage space vehicle, the Starship is developed by SpaceX. It is designed to carry heavy amounts of cargo as well as passengers for a long duration. Along with the booster, the spacecraft will be used on orbital launches as a two-stage-to orbit launch vehicle.  According to SpaceX, this Starship will be the ‘world’s most powerful launch vehicle ever made.

Although each Starship mission will vary, some of its common missions will be:

Did you know that SpaceX has already handpicked its first passenger for the ‘Moon Loop’ mission?

Yes! Japanese entrepreneur, artist and founder of Zozotown, Yusaku Maezawa has signed a deal to be the first private customer to ride around the moon. He would also select a handful of artists who would accompany him on this mission.

With SpaceX Starship coming alive, a lot of space exploration will become easier. And who knows, humans may discover other living species in faraway planets.

What do you think about SpaceX Starship? Tell us in the comments below.