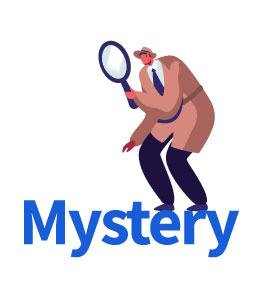 Have you heard of these Famous Detectives?

Have you ever played the character of a detective with your friends during the summer holidays? Wearing that big hat, an overcoat, and borrowing your grandfather’s magnifying glass, pretending to solve mysteries around your house?

Well, knowingly or unknowingly, you are imitating the great fictional detective Sherlock Holmes!

Today, the character of Sherlock Holmes is synonymous with detective fiction and mysteries, Truly, mysteries can transport us to a completely different world. They let us lose ourselves in a gripping tale with nail-biting moments to find the ultimate answer – ‘Who did it?’ Today, let’s look at some all-time famous mystery writers and the memorable detectives that they created.

If you’ve ever dressed up and played detective as mentioned above, you owe thanks to this man! Sir Arthur Conan Doyle introduced this classic detective in 1887 when he published A Study in Scarlet. He wrote four novels and 56 short stories about Sherlock Holmes and his trusty friend, Dr John H. Watson. Together, they solve crimes all over the UK, helping Scotland Yard with cases they simply can’t solve. Most of his stories begin at 221B Baker Street, where Holmes shares quarters with Dr Watson.

Peter, Janet, Jack, Barbara, George, Pam, and Colin. Have you come across them somewhere? Maybe in an old mill, or on an adventure solving puzzles? Yes! They are the members of the much loved Secret Seven Society. A brilliant creation by the famous children’s writer Enid Blyton, who also gave the world another detective team – the Famous Five! Blyton is considered among the world’s best-selling writers since the 1930s. She has sold more than 600 million copies. Her work has been translated into 90 different languages. and she is widely read even today.

The world’s best-known mystery writer, this legend gifted the world not just one, but two iconic detectives – Hercule Poirot with his signature moustache and Miss Marple with her famous hat. During her lifetime, she wrote about sixty-six detective novels, fourteen short story collections, and the world’s longest-running play, The Mousetrap. Agatha Christie has written so many great books that it’s hard to pick just one. In case you are yet to start reading her books, you can start off with the novel ‘Murder at the Vicarage’ where Miss Marple makes her first appearance.

Let’s end this list with the thrilling detective Robert Langdon. A Harvard University professor, he also loves to solve cases that are related to the subjects he teaches – history of art and symbology. Dan Brown created this character for the Robert Langdon book series. If you are into solving some mysteries like Professor Langdon, you might start off with the first book of this series – ‘Angels & Demons’.

Now that you have read about these famous mystery writers, are you up for ‘solve the mystery-case’ challenge? Wear your detective hat as the first unsolved case comes your way!

Can you solve these cases? 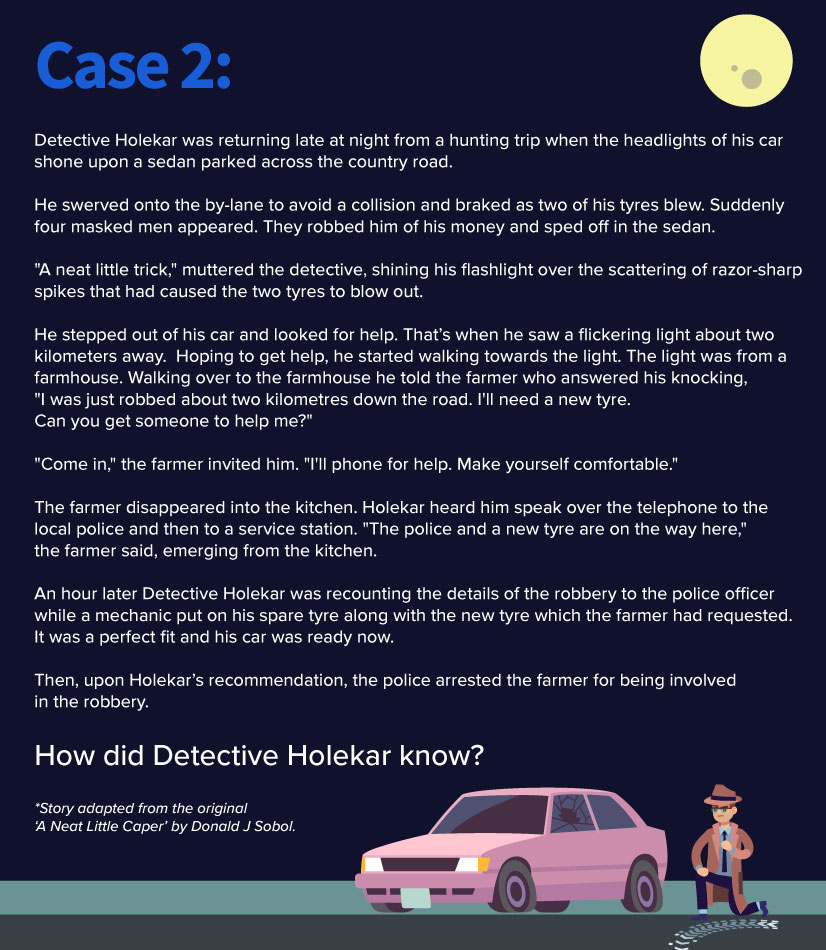 Cracked the mysteries? Tell us in the comments below.

The results are out!

Congratulations to all students who cracked the cases 🙂