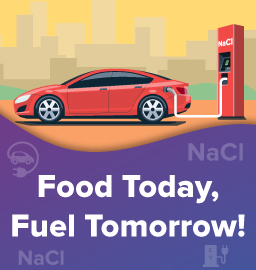 Scientists have discovered a new kind of salt! That’s right, good old salt! With the power of nanotechnology, scientists from the Skolkovo Institute of Science and Technology (Skoltech) in Russia have created a new, two-dimensional hexagonal crystal of salt. But instead of making its way to our kitchens, this could go on to power electric cars in the future!

What is hexagonal salt?

Sodium chloride or the common salt that we use so widely has one of the simplest cubic crystal structures. When this salt is placed on top of a diamond ‘substrate’ (a stabilizer) under conditions of immense pressure, scientists were able to synthesize a thin strip of this never-before-seen hexagonal salt. This was possible due to the chemical interaction between the thin film and the diamond substrate – something the team actually predicted would happen in advance through computer simulations.

“Initially we decided to perform only a computational study of the formation of new 2D structures on different substrates, driven by the hypothesis that if a substrate interacts strongly with the NaCl thin film, one can expect major changes in the structure of the thin film,” says material scientist Kseniya Tikhomirova at Skoltech.

“Indeed, we obtained very interesting results and predicted the formation of a hexagonal NaCl film on the diamond substrate, and decided to perform experiments. Thanks to our colleagues who performed the experiments, we synthesised this hexagonal NaCl, which proves our theory.”

So how did Tikhomirova and her team arrive at the novel discovery? They first used a custom algorithm called USPEX to predict low-energy crystal structures based on the chemical elements used to make them. This led to a hypothesis about the formation of sodium chloride structures on top of a diamond layer. 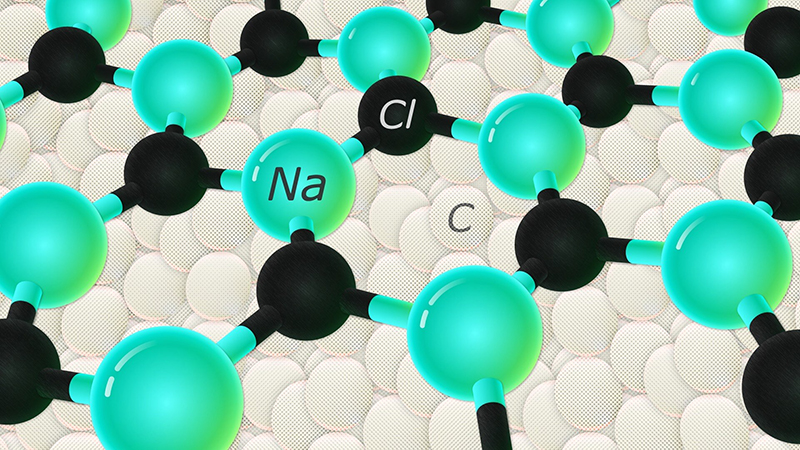 Artist’s impression of the thin film of hexagonal salt. (Source: Skolkovo Institute of Science and Technology)

In order to prove the hypothesis correct, a series of high-pressure experiments were carried out to create a layer of hexagonal NaCl averaging just 6 nanometres thick – a layer that was verified with X-ray and electron diffraction measurements.

As soon as the film got any thicker than that, it reverted back to the standard cubic structure of the good old table salt that we find in our kitchens. “This shows that this simple and common compound, seemingly well-studied, hides many interesting phenomena, especially in nanoscale,” says scientist Alexander Kvashnin, a member of the Skoltech research team. 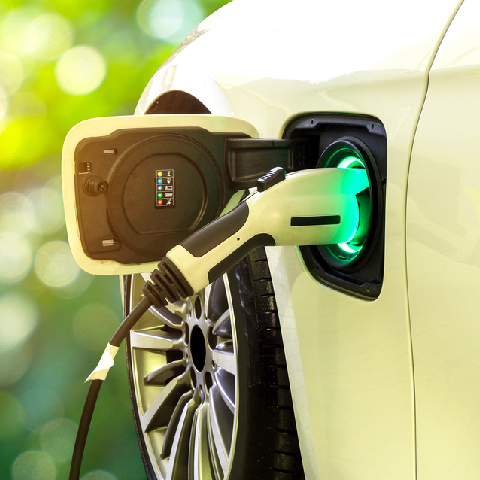 Hexagonal salt can be used to improve FETs that are used in electric car batteries and telecommunication devices.

The new hexagonal salt crystals could prove most useful in diamond field-effect transistors or FETs, which are used in a variety of high-powered electronics, including microwaves, electric vehicles and sophisticated telecommunications devices. These FETs currently rely on hexagonal boron nitride, but hexagonal NaCl is likely to improve the stability of FETs even further and make them more suitable for a broader range of purposes.

There’s plenty more research ahead, too, not only in developing the hexagonal NaCl structures and the FETs based on them, but also predicting how such exotic 2D structures could be formed from other kinds of compounds. “Our results show that the field of 2D materials is still very young, and scientists have discovered only a small portion of possible materials with intriguing properties,” says Kvashnin.

Enjoyed reading this? Here’s more from the Learning Tree Blog:

Could Life Thrive in a Hydrogen Rich World?