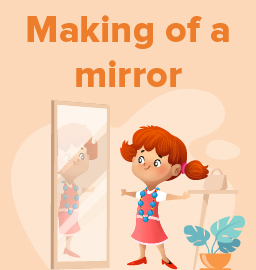 Through the Magic Maze of Mirrors

Have you ever noticed your reflection on the back of a spoon? Doesn’t it make you feel thankful that you don’t actually look like that? What if all the mirrors were made like that? You would have never really known what you actually looked like unless you saw a picture of yourself! That would be a really weird world, wouldn’t it? But then, what is the reason your image looks so distorted at the back of a spoon? How does a regular mirror work? What about the funny mirrors at the carnivals? Let’s explore the answers to all these questions today! 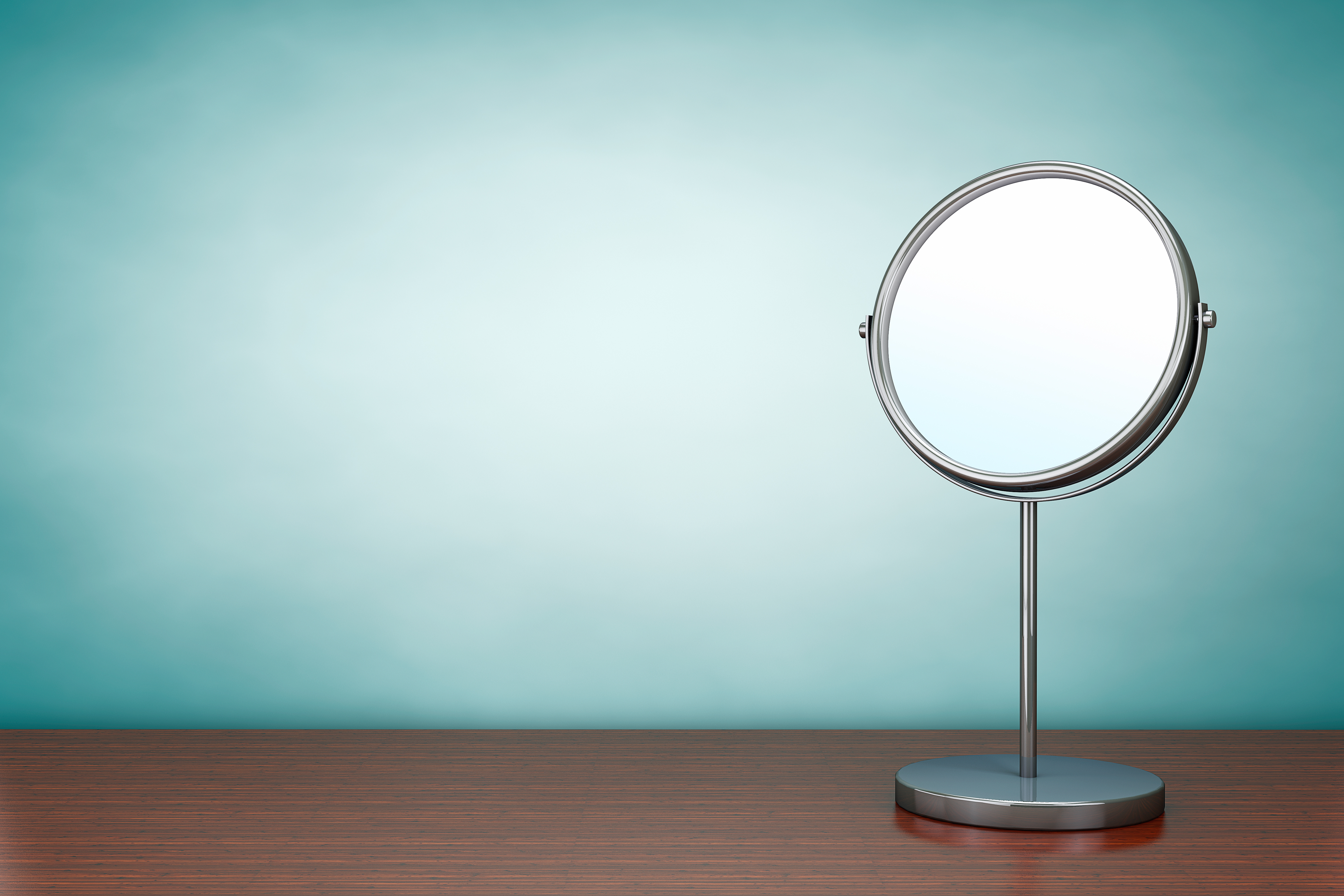 So how does a mirror work?

Something as basic as the mirror has actually a lot of science involved in terms of how it’s made and how it works. Let’s start with how it works. The working of a mirror involves the use of two scientific laws,  the conservation of energy and the law of reflection. So how do they relate to the mirror?

Conservation of energy is nothing but the basic idea that energy can never be created or destroyed, it only changes its medium. That is one doesn’t make energy out of thin air or throw it away. It doesn’t matter what you do or how hard you try, you can never create energy or destroy it: the best you can do is to convert it into a different form or recycle it, if at all.

We know that mirrors are all about reflecting light. Light is energy travelling at an ultra high speed (3,00,000 km per second). When it hits an object, it means that all that energy has reached that object and it will go somewhere. Now there are three possibilities that can happen.

In all three cases, according to the law of conservation of energy, there is an equal amount of energy before the light hits the object as afterwards. Although some of the light may be converted into some other form of energy after falling on the object.

Since mirrors fall into the third category of objects ( shiny and reflective) that’s where the law of reflection comes into the picture. It states that when a ray of light falls on a smooth/ reflecting surface, the angle of reflection is equal to the angle of incidence. Also, the incident ray, the reflected ray and the normal to the surface all lie in the same plane. Simply put, mirrors reflect back all the light in the same direction, a phenomenon known as specular reflection instead of sending it off in multiple directions.

Watch this video to understand the laws of reflection in-depth:

How are mirrors made?

Mirrors in today’s time are made by spraying a thin layer of silver or aluminium onto the back of a cleaned transparent sheet of glass. Justus Von Liebig invented this process in 1835. Beyond grooming purposes, mirrors today are used for many other reasons like making lasers, in car headlights and rearview equipment, telescopes, periscopes, cameras etc. 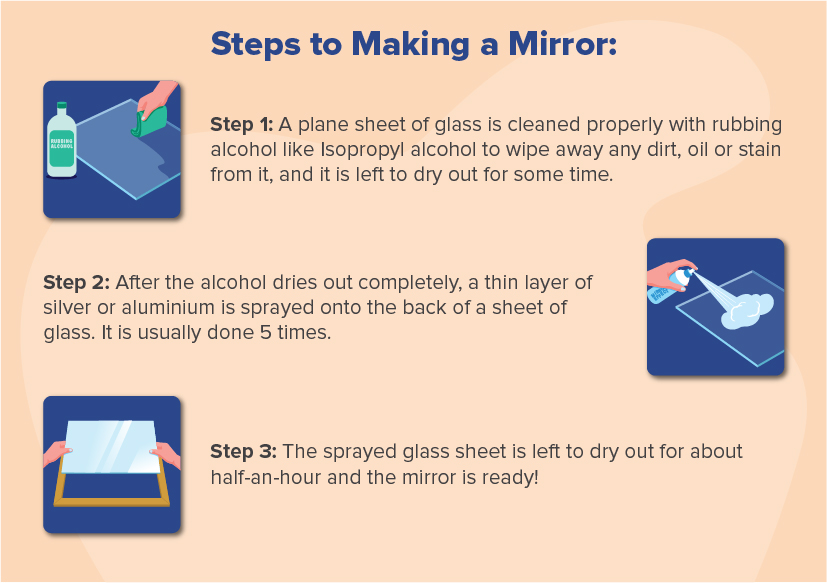 How are the funhouse/madhouse mirrors different from a normal one? 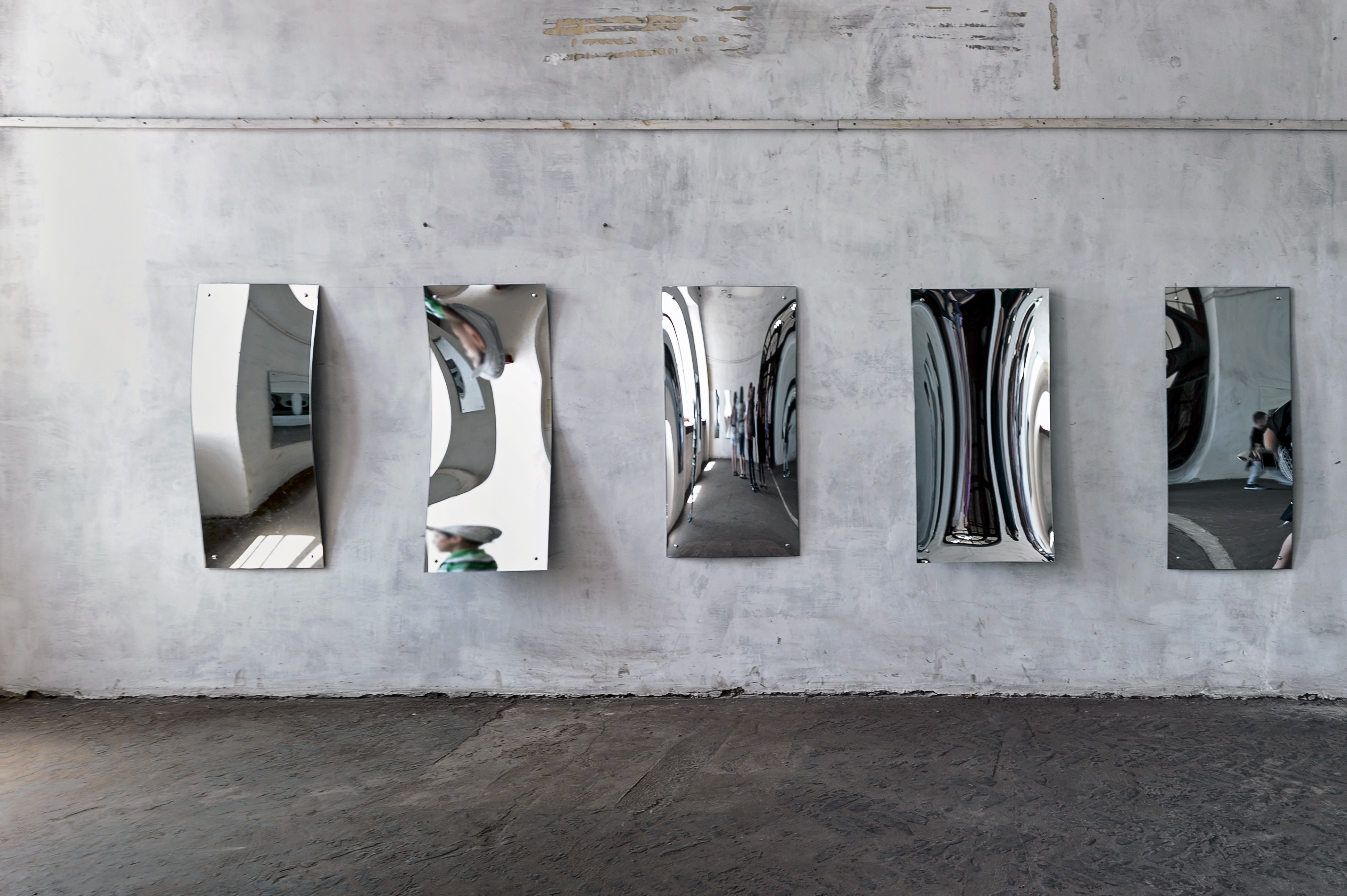 Since its invention, mirrors have always fascinated humans. Hence even beyond science, you’ll often find it playing an important role in many fictional works. Alice travels to Wonderland through the mirror in Levil’s Carol’s Alice in Wonderland. She is transported to a land where everything is distorted, just like the mirrors in a madhouse! The evil Queen and her magic mirror in Snow White and the Seven Dwarfs gave us the famous line, “Mirror, mirror on the wall. Who’s the fairest of them all?”. The smashing of the mirror in Shakespeare’s Richard II is an iconic scene, the trope that Dracula’s reflection cannot be seen in a mirror is well known and the Mirror of Erised in the Harry Potter universe shows that which is desired most.  All of these are a testament to humanity’s never-ending obsession with mirrors.

Did you learn something new about mirrors today? Do you know of any other references to mirrors in pop culture? Share with us in the comments section below!

If you enjoyed reading this, you may also like:

Explore the Wonders of Chemistry in Everyday Life