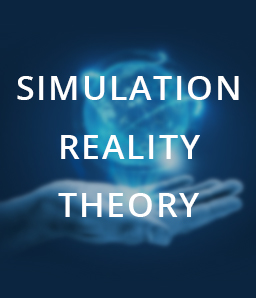 An Illusion or A Belief ? A Simulation Reality Theory

Most of you have surely watched or heard of the movie called The Matrix. If not, spoiler alert – the humans in that movie find out that the world they live in is an illusion created by a computer and that the real world is sad, gloomy and controlled by advanced robots.

Do you think that might be a possibility? If so, you are a sceptic.

So who is a Sceptic? A sceptic is someone who questions if anything can be known with certainty.

Do you know Rene Descartes? Rene Descartes was the 16th-century mathematician and philosopher known as the granddaddy of all sceptics. He was so sceptic that the whole type of scepticism is named after him called Cartesian Scepticism.

He was the first major figure of the modern western philosophy and a philosophical movement known as rationalism, a method of understanding the world based on the use of reason as the means to attain knowledge.During his experiments he realized that many of the beliefs that he used to hold were actually false.Like fairies or Santa Claus. It’s part of growing up.  His idea of believing in false things disturbed him. He began questioning himself about the beliefs he had. What if they are also false? It was then when he decided that the only way to be absolutely sure of his beliefs was to first disbelieve everything temporarily. And he gave a wonderful example :

– Mirages in a desert or,

But what if everything was a deception from birth to death?! What if nothing is as it seems, just like in the Matrix?

He had reason to doubt everything. Everything except the fact that he was doubting! He can be absolutely sure that at least he was doubting. And if he was doubting, then he must exist! As a thinking thing, a doubt is a thought, and if there is a thought there must be a thinker having these thoughts. He couldn’t be certain part of his body which might have been planted by the evil genius but he must have a mind or he couldn’t be having these thoughts. This was his Eureka moment.

So, there is no way to prove we are not living in the matrix. Actually, probability suggests that it is highly likely that we are living in a simulation. But don’t worry. You can be assertive that your mind exists for sure at least.

Have fun with that idea!