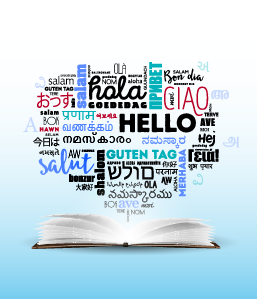 The Importance of Preserving Native Languages

Have you ever tried talking to a toddler? If yes, you may have noticed that they respond to you in a language of their own. Have you wondered how they learned to respond like that? Research shows that mother tongue is the first language babies learn while they are still inside the womb. It’s the language they grow up knowing and communicating with the world.

As we grow up, we may learn different languages but the comfort of talking in our mother tongue (which can also be their native language) is unmatchable. Furthermore, mother tongue plays an important role in building our personality and influencing our cultural identity.

Why do languages die?

With the advent of globalization, it has become imperative for us to explore foreign languages. But that should not push us to alienate our native languages. Languages are not only a medium of communication but are also powerful tools for preserving our culture and heritage.When a language dies, a part of the culture also dies with it.

The impact of globalization is such that the indigenous people, also known as the First Nations’ people, have either lost or are in grave danger of losing their mother tongue. According to a UN report, at least 43 percent of the 6000-plus languages spoken around the world are endangered. In India alone, there are around 600 potentially endangered languages.

To prevent languages from becoming extinct, the UN introduced the International Mother Language Day in 1999. It is celebrated every year on February 21. The day also commemorates the death of four students who lost their lives fighting for the right to use their mother tongue Bengali in Dhaka.

Nearly half of the world’s 6,500 languages are endangered. Experts predict that by 2050 most of the endangered languages will have become extinct. Let’s explore what we can do to protect our native languages.

Every language is like a code. In it, are the myths, lore, stories, and ancient wisdom. Languages have evolved over time but archaic words still exist in the annals of literature, for they are preserved.

Do tell us all about your mother tongue and how has it helped you learn and grow!