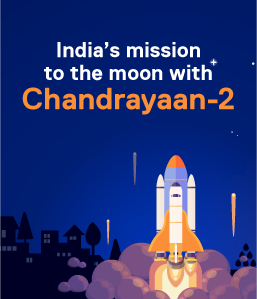 The Indian Space Research Organisation (ISRO) has launched Chandrayaan-2! The most exciting thing about Chandrayaan-2 is that it is scheduled to land on the South Polar Region of the moon – which hasn’t been touched by any other country.

The moon has captivated our imagination for ages, and this fascination has led to many explorations to the celestial body. Thanks to advancement in aerospace technology, the first manned spacecraft (Apollo 11) landed on the moon on July 20, 1969.

Chandrayaan-2 was launched from Satish Dhawan Space Centre in Sriharikota on July 22. The spacecraft carries a lander called Vikram. Once Vikram is safely deployed, it will release a six-wheeler rover Pragyan to a high plane between two craters on the lunar South Pole.

How will Chandrayaan-2 work?

Chandrayaan-2 once launched will begin to orbit around the earth. The lunar module will be taken into the space using GSLV Mk-III. It will then use the earth’s gravitational force to acquire momentum to orient itself towards the moon. If all goes well, it will settle in the moon’s gravitational force. The lunar module will continue circling the earth, and eventually, Vikram will detach from the orbiter.

On  September 6 or 7, Vikram will look for a landing site, and in about 15 fraught minutes, it will land on the moon. If there is no disruption while landing, then Vikram will release the moon rover, Pragyan. Once Pragyan starts moving on the moon’s surface, it will share all its new learnings with Vikram and in turn with us, earthlings. 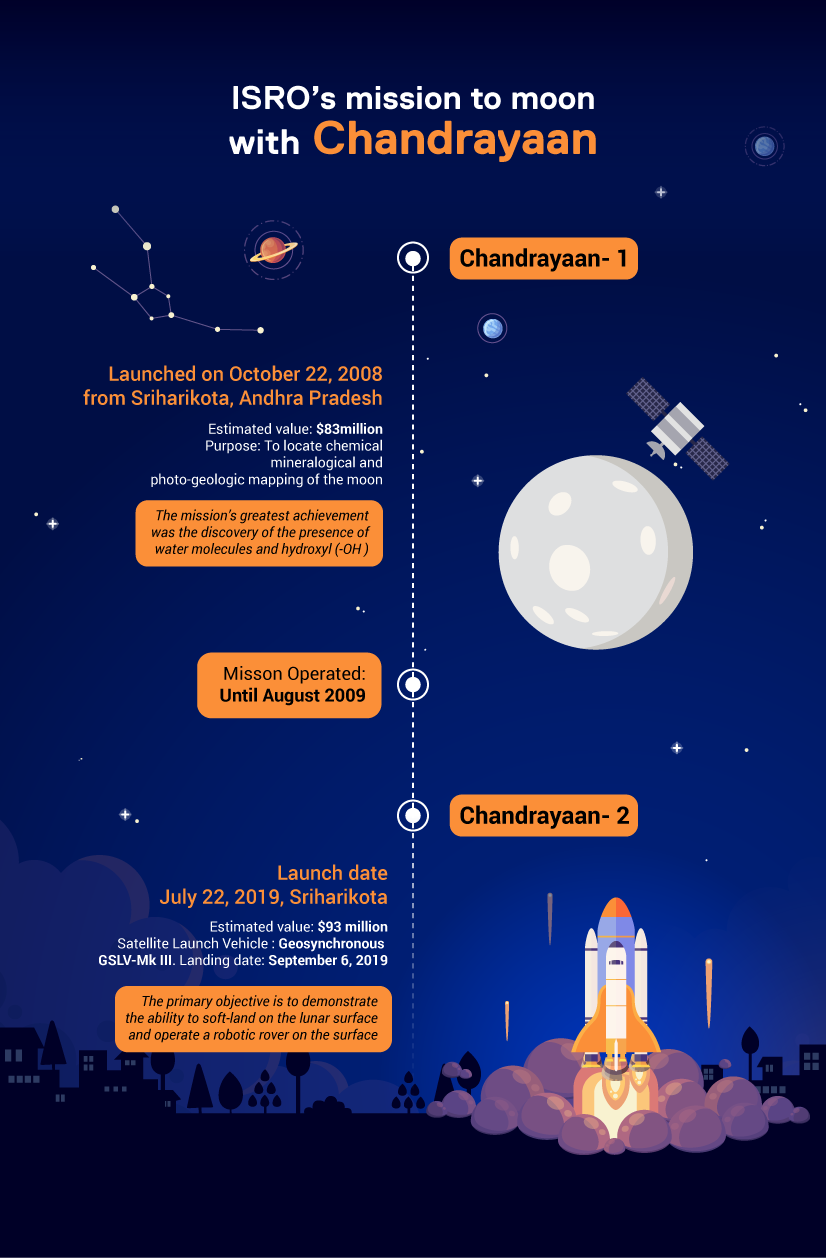