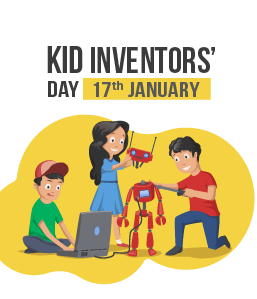 KID Inventors’ Day – The young brainstormers who are ruling today!

You know what they all have in common?

All of them were invented by kids!!!

Today, kids around the world are titans of innovation and technology – right from the way they think to the way they execute. In fact, kids between 8-17 years of age have greater creativity and imagination than adults and can build on ideas promptly. It’s no wonder that some of the coolest items we use in our daily lives  have been invented by kids!

With this powerhouse of a new generation solving the problems of today, they definitely deserve a day dedicated to them. Thus every year, 17th of January is recognised as KID Inventors’ Day to celebrate the ingenuity and value of young brainstormers. This day also commemorates the birth anniversary of the genius and a kid inventor, Benjamin Franklin, who at the age of 11 gave the world its the first swimming flippers! (Wow!)

To inspire you all further, we’ve put together a list of some brilliant inventions by some bright young minds of India. Read on and learn how to think out of the box! 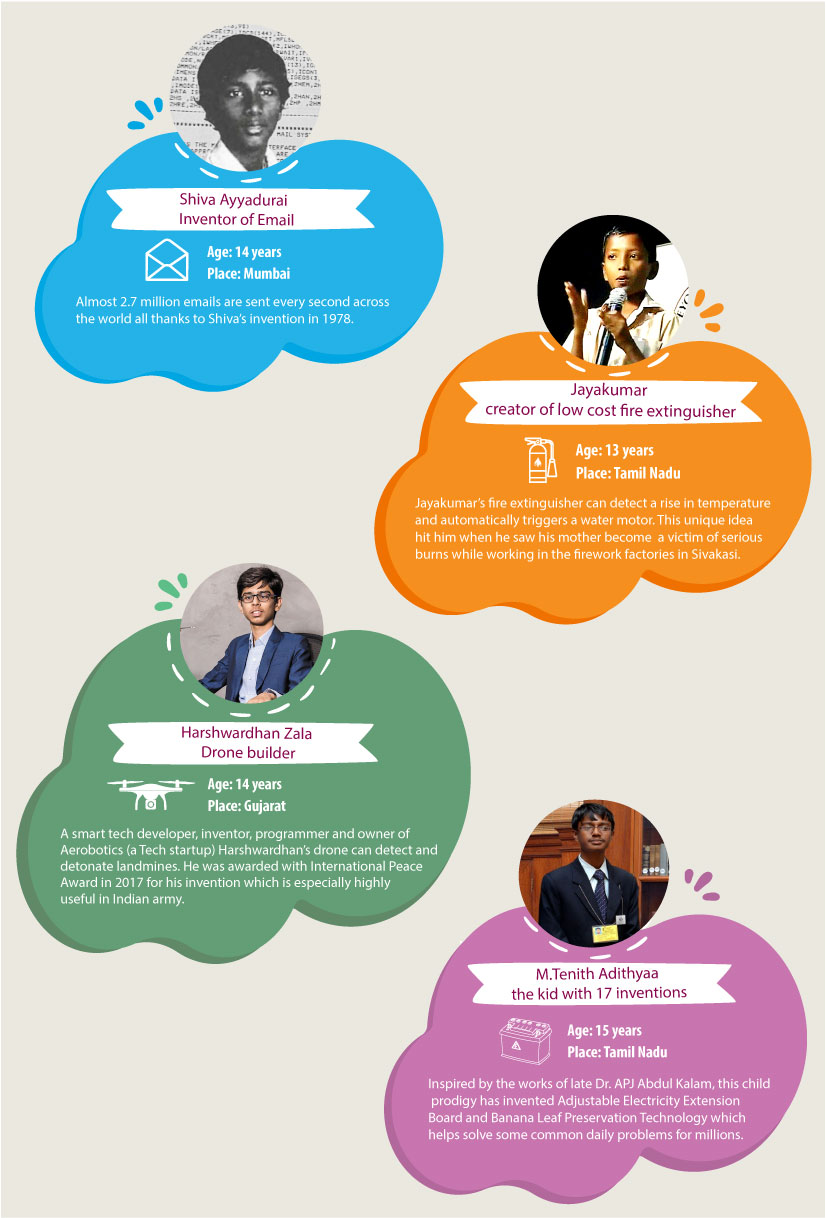 While their inventions are across the spectrum, they all have taught us one thing – to keep their curiosity alive and continue asking a lot of ‘whys’ and ‘hows’. So, let this day motivate you in starting something new and asking as many questions as needed to satisfy your curiosity!! Remember, it’s never too late to learn something new 🙂