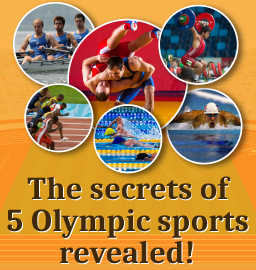 How an athlete’s body helps them win

Imagine you log on to the internet and there is a piece of unbelievable breaking news plastered on every website – “Virat Kohli wins Wimbledon 2020!” What would your first thought be?

a. I am asleep and I am dreaming
b. I am in the Matrix
c. The news website has obviously made an error

No matter what answer you pick, the underlying reaction to the headline is the same for everyone – sports stars don’t play more than one sport!

But what if we told you this is only a recent phenomenon and that in the early days of the Olympics, it was common for athletes to participate (and win) medals in a strange combination of sports?

So while Kohli winning the Wimbledon can only be a dream, this system of sports training has instead given us amazing insights into what makes an elite athlete. Intrigued?

Here are 5 Olympic sports and the anatomy of an athlete who plays them.

Rowing
Rowing, one of the most physically demanding sports in the Olympics, is heavily dependent on endurance and aerobic capacity. 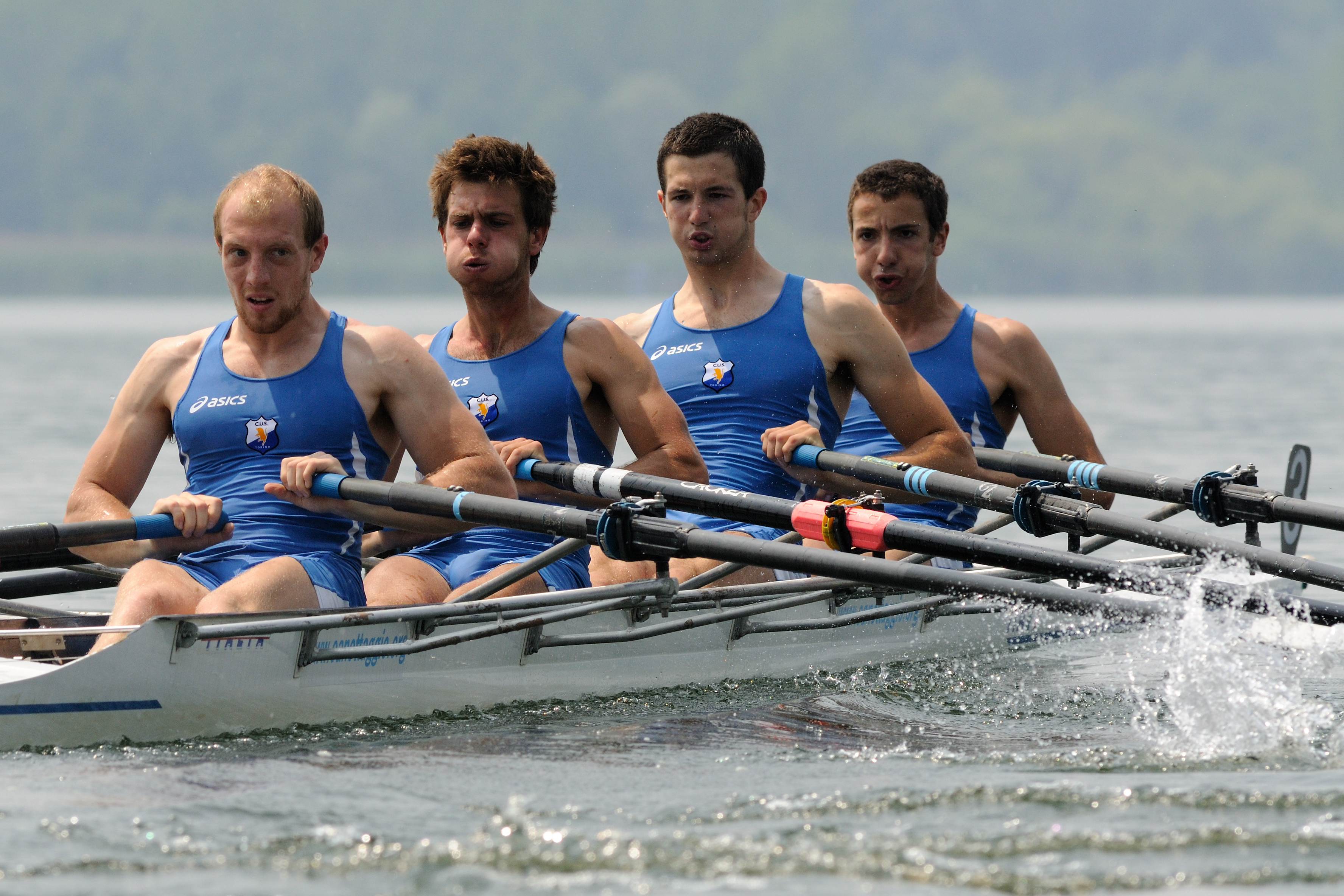 Simplified
The word aerobic means “with oxygen”. A person is said to have high aerobic capacity when their body is able to use large amounts of oxygen to perform an activity.

An important ability that helps a rower win a race is making long strokes with the oar in a short time. For this reason, many professional rowers are tall because their long arms help in making long strokes. Added to this, in a rowing stroke, 50% of the strength comes from the legs, especially the thighs. This is why rowers tend to exercise their legs a lot while preparing for a race. 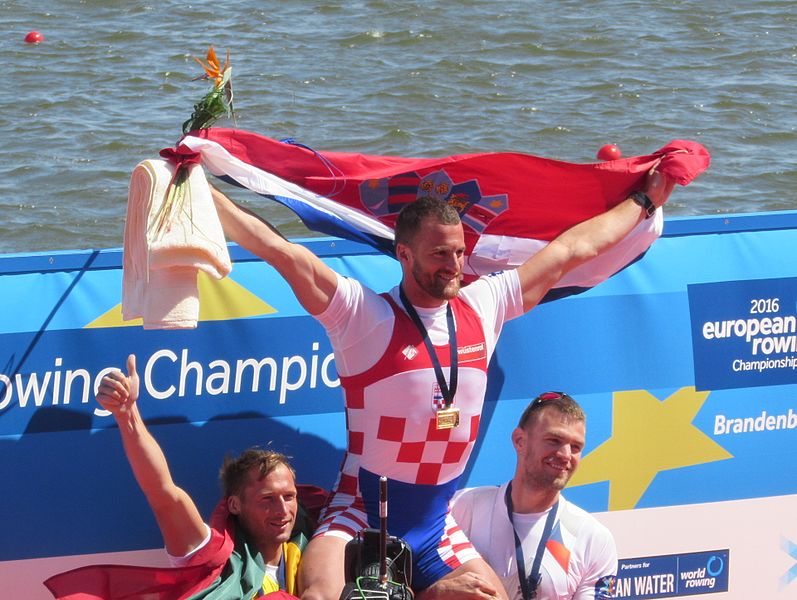 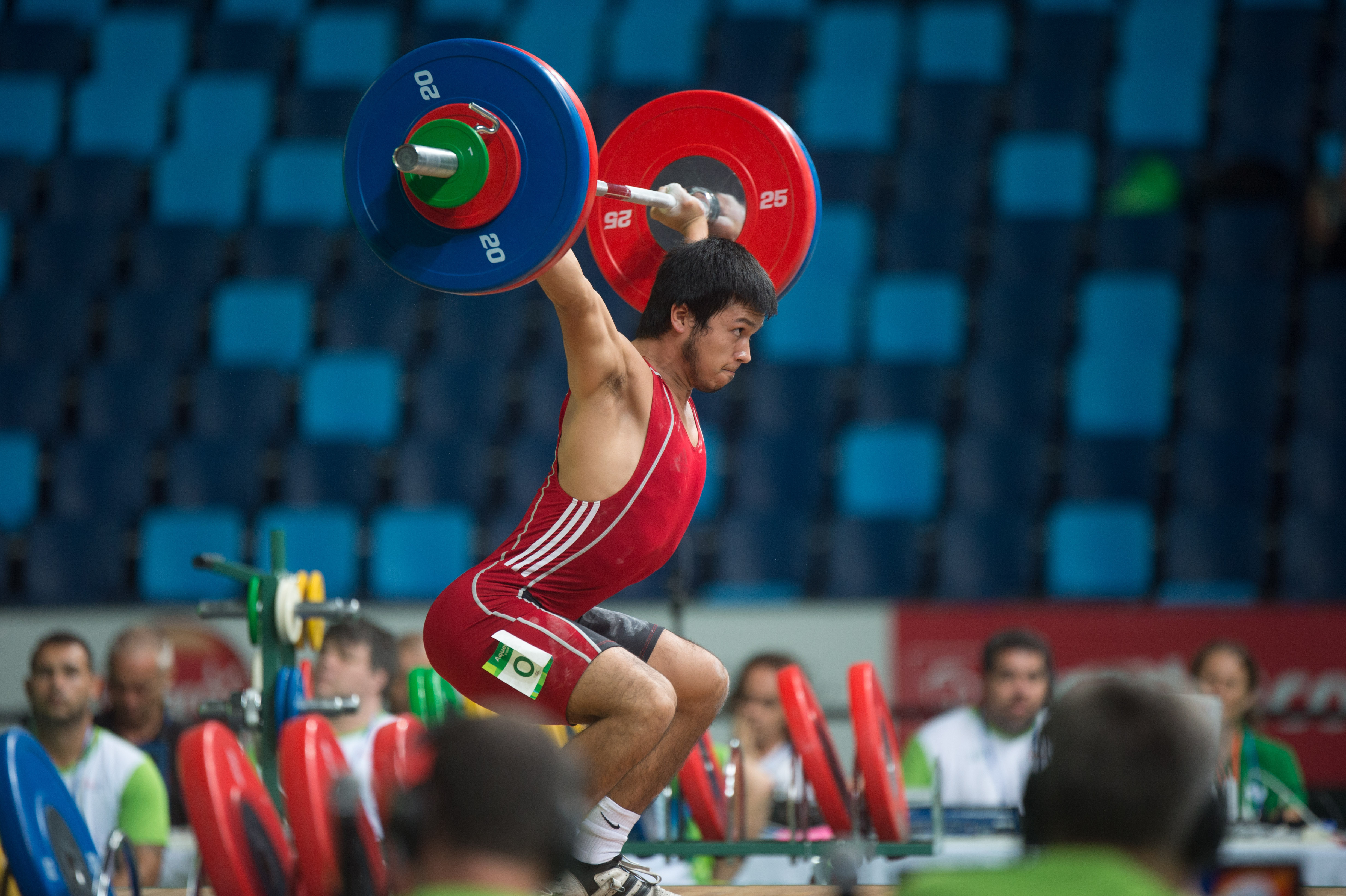 In this sport, weightlifters are required to sometimes lift twice their own body mass. This requires them to exert force from their whole body which is why many weightlifters tend to be shorter, more compact and very muscular. The short arms and legs of weightlifters make for excellent levers when they are lifting weights. To endure the challenge of weightlifting, these athletes need to have strong cardiovascular systems that can tolerate sudden spikes in blood pressure and their body needs to have a lot of fast-twitch fibres.

Simplified
Fast-twitch fibres are muscle fibres that can contract quickly. They are needed for short bursts of intense activity with a lot of strength.

The key of a weightlifter’s success is also in the strength of their grip. 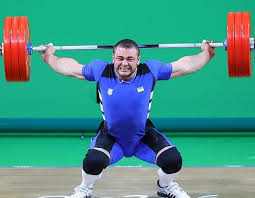 Dmytro Chumak, an Ukranian athlete, can produce 134 kg of force from his hands. 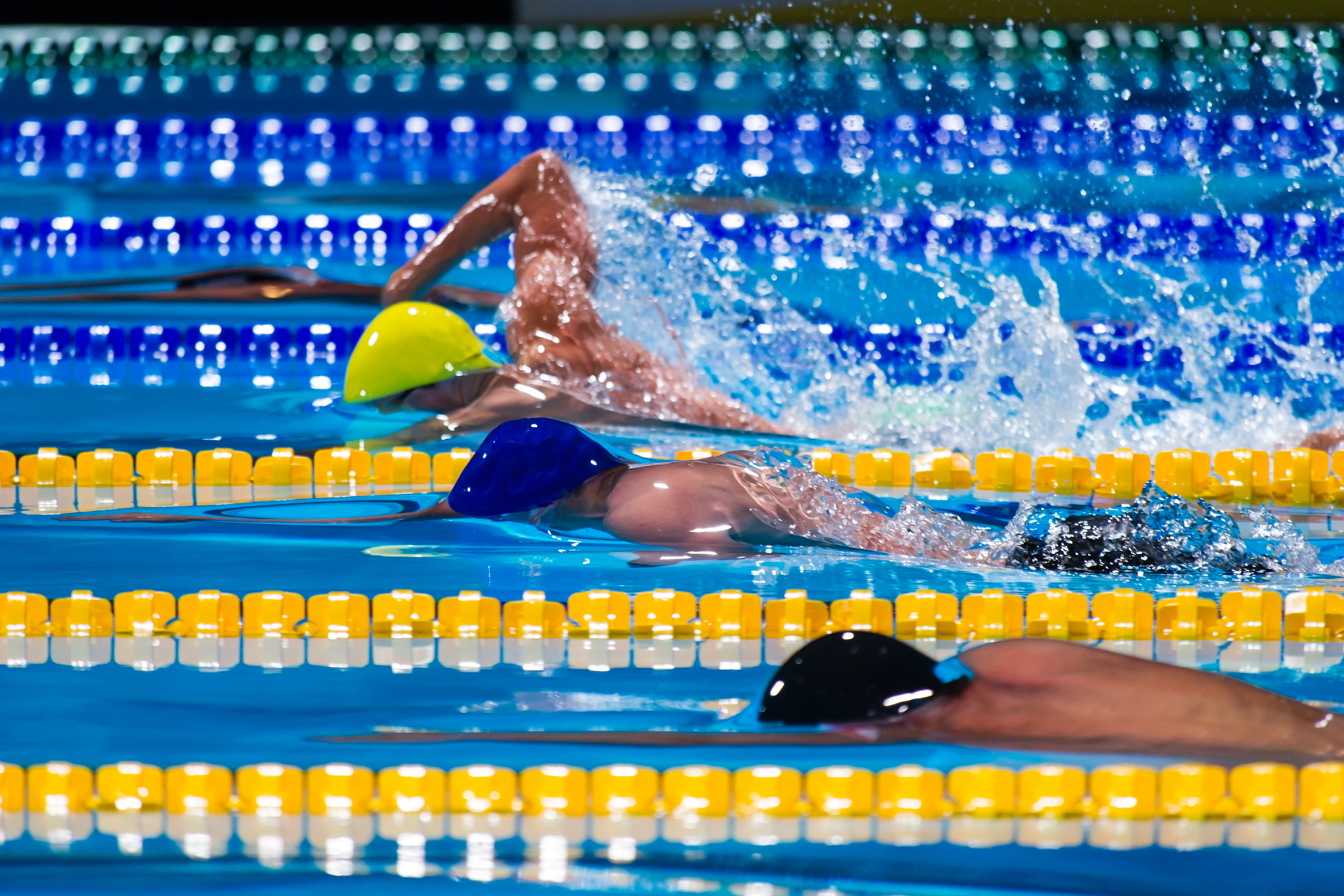 A sport that is equal parts strength and skill, successful swimmers need to have high anaerobic capacity.

Simplified
The word anaerobic means “without oxygen”. A person is said to have high anaerobic capacity when their body is able to perform a lot of activity with little oxygen.

Swimmers also have a slightly higher percentage of body fat than other athletes. This is because they spend long hours in cool water and more fat also helps with buoyancy. A swimmer’s upper body is vital to their strength and provides two-third of the force that propels them forward. They also have very long arms so they can take long strokes and produce more power. 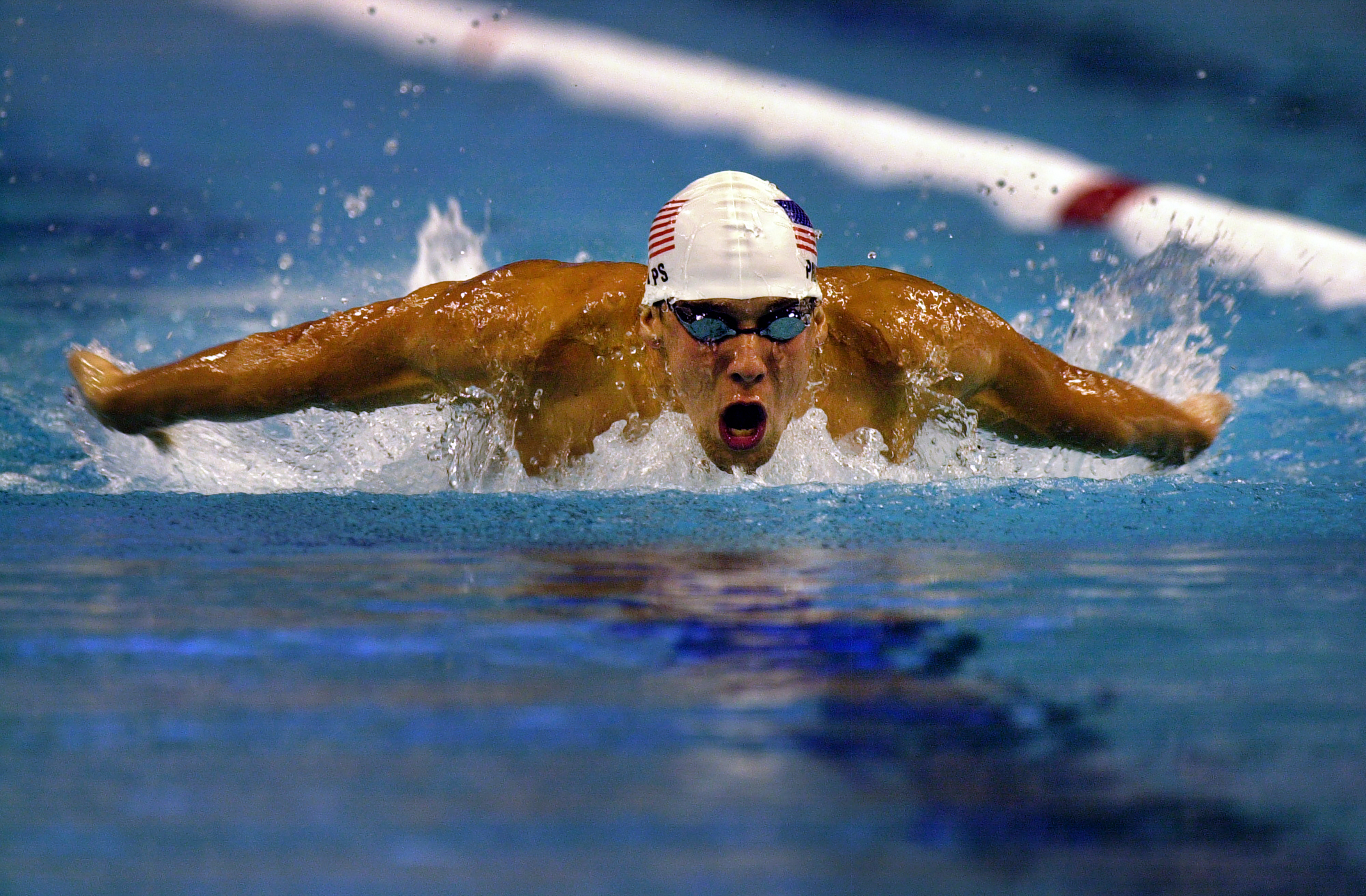 The wingspan is the distance from fingertip to fingertip on either side of the body. The decorated Michael Phelps has a wingspan more than his height giving him the ability to make long strokes. 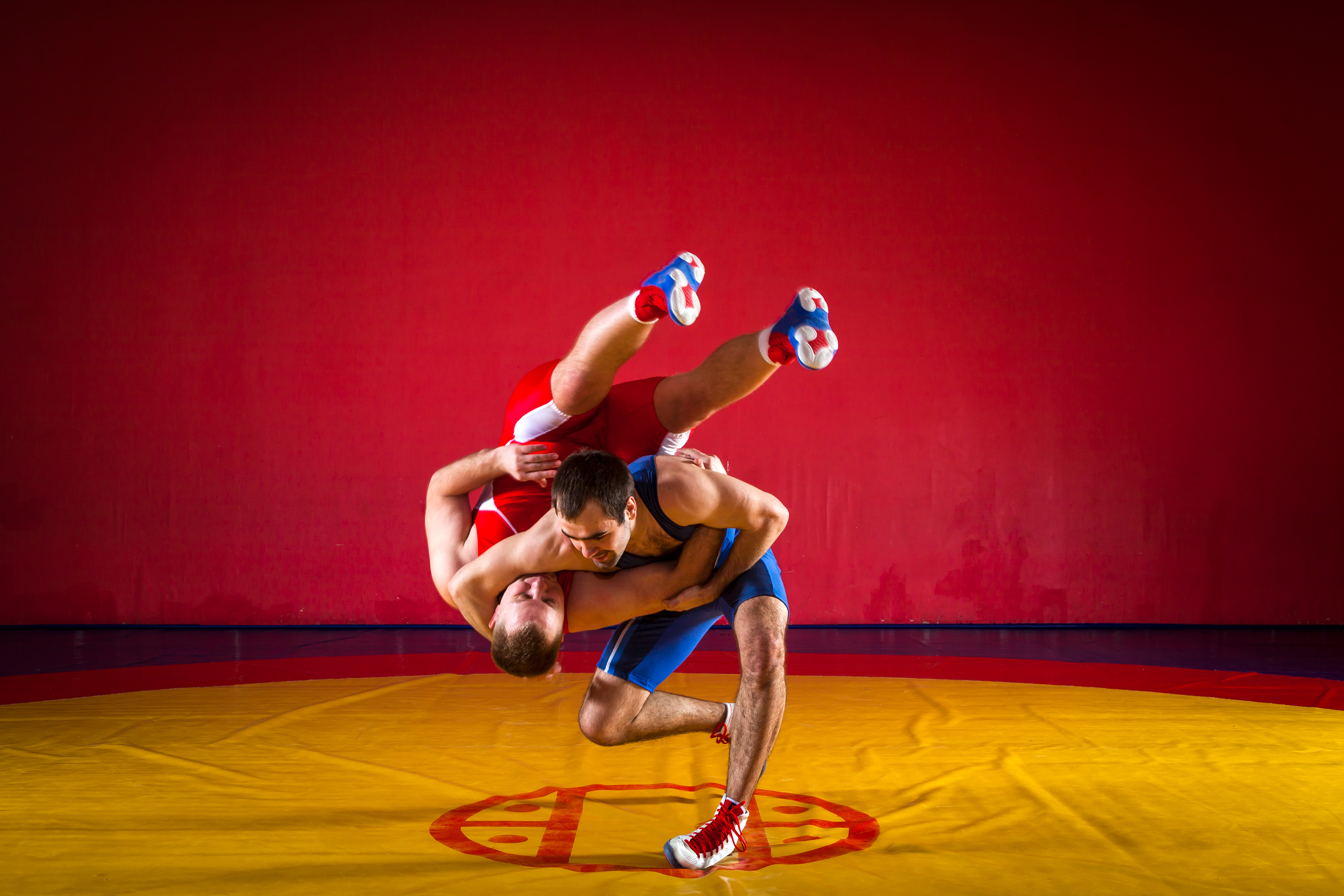 One of the oldest sports in the Olympics, wrestling requires a mixture of agility, speed and coordination. Athletes with amazing strength, wrestlers need strong backs and muscular upper bodies to grip their opponents. They also do specific exercises to build layers of muscles around their necks to protect their throat during a chokehold.

Simplified
A chokehold is a move where you grip the opponent’s neck tightly to stop them from moving.

Wrestling as a sport needs almost all muscle groups in the body to generate force. 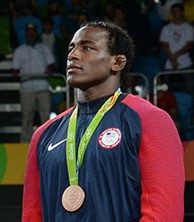 In one test, American wrestler J’den Cox was able to produce 3000 newtons of force with his body! 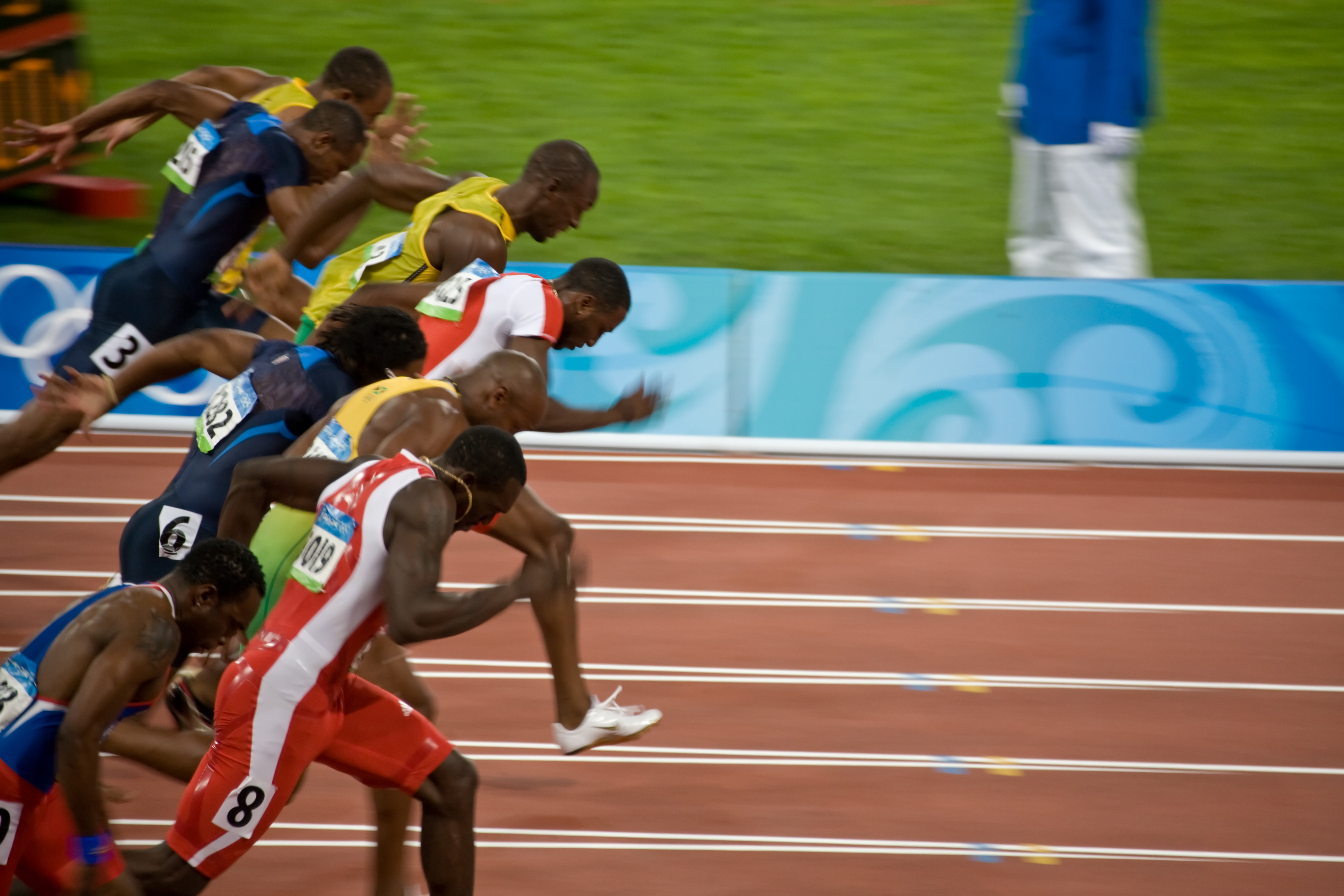 Sprinting is a sport that requires a lot of explosive energy to reach the finish line. Sprinters tend to have large legs and glutes that give them a huge burst of energy to start. Like weightlifters, sprinters also have a lot of fast-twitch fibres (can you recall what this is?) and many pro-sprinters have slim legs and hips. Since a successful sprint needs strength, these athletes tend to be more muscular and have well-developed upper bodies compared to long-distance marathon runners. A key component of sprinting that is often overlooked is balance – you wouldn’t want to stumble on your winning lap! 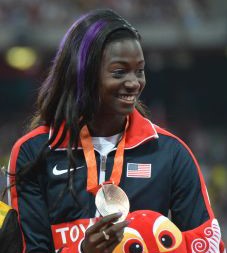 When tested, Olympic sprinter Tori Bowie was found to have a lot more balance and symmetry than other professional athletes.

Professional athletes put their heart and soul into developing their bodies. This requires immense discipline and will power to hone your body into its optimal form.

Based on what you have read about the anatomy of the above five sports, what are your thoughts on these questions? Let us know in the comments!

Is there a difference between aerobic and anaerobic capacity?
Do you think the arms of rowers and swimmers are similar?
Who would win in a fight between a wrestler and a weightlifter?
Do you think star sprinter Usain Bolt could win a marathon?

Read more stories like these
Through the magic maze of mirrors

Everything you need to know about NASA’s Perseverance rover