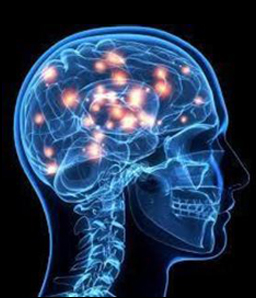 There is a well-known quote by the great Dalai Lama that,

But what is the state of happiness? It is definitely not just about ticklish feelings, or butterflies in your stomach or the over-weighing feeling that wells up your eyes with tears. It is often referred as a state of mind, or positive well-being or a busy mind…and the definition goes on. It can also be a calm feeling of well-contentment or a state of intense joy.  But what actually brings out this cheerful high-spirited state of mind that we human race always craves for it.

Let’s look at the backend of the whole business of happiness in our system.

Our body has different glands and these glands secrete an organic substance that is responsible for the regulation of the psychological activities within our body system. These chemical substances are called Hormones. In short, they act as a messenger, controller and coordinator of activity in our body.

Now, what is the connection between the state of happiness and hormones?

As mentioned above, they are the key messengers to the basic needs of humans such as hunger to complex systems such as reproduction. They are also responsible for our emotions and moods.

If we look precisely at the concept of happiness, our brain release certain chemicals (yes, hormones) which are known as neurotransmitters. They are specifically called neurotransmitters as they are responsible for transmission of a message from one neuron to another. (Makes sense right?)

There are four types of Happy Hormones that our body secretes:

Dopamine is essentially associated with the reward mechanism in our brain. It motivates us to take action towards goals, desire and needs. Biologically speaking, it is produced in several areas such as substantia nigra and the ventral tegmental area.

Beware of the signs like lack of motivation, fatigue, addictive behavior, mood swings, and memory loss as it might be pointing out the deficiency of Dopamine hormone in your system.

There are many underlying reasons like poor diet, addictions, thyroid disorder, obesity etc.

Dopamine is made of amino acid l-tyrosine which is commonly found in protein-rich foods. Include potatoes, avocado, broccoli, tomatoes and especially bananas which is a very rich source of dietary dopamine.

Serotonin is another hormone which is commonly believed as a neurotransmitter produced in our brain and intestines. It essentially sends a signal to the nerve cells. It is also found in blood platelets and in the central nervous system.

Serotonin has a role to play in every part of our body, from our emotions to the motor skills. It is also commonly referred as a ‘natural mood stabilizer’ which helps with sleeping, eating and digesting. Also, it helps to beat depression, regulate the level of anxiety, heal wounds, stimulate nausea and maintain bone health.

Sunlight therapy, meditation, a healthy and proper diet and regular exercise are some effective ways to accelerate the serotonin secretion. Cheese, eggs, tofu, pineapples, salmon, nuts are some of the foods that could boost its natural level in the body.

Oxytocin is famously referred as the ‘hormone of love’, is another neurotransmitter that is produced in the hypothalamus. This hormone is released by the pituitary gland at the base of our brain and is associated with relationships and bonding. Biologically, the female body tends to produce more oxytocin as compared to males. During labor, the level of oxytocin shoots up to increase the uterine mobility, causing contractions. It also plays an important role in the maternal-infant bonding and lactation.

This love hormone is also known as ‘bonding or cuddle’ hormone because it is released especially when people snuggle up or bond socially. Playing with your pets and cuddling them also results in a release of oxytocin.

There are a number of signs which points out if one is oxytocin deficit. Some of them are the inability to be affectionate and bond, anxiety, cravings for sugar-rich foods, disturbed sleep, muscle aches, lacking the sense of happiness etc. These symptoms are essentially pointing the core signs of depression. But there are many ways to reduce these signs.

Endorphin can be termed as our natural pain killer or reliever. Stress and pain are the two common factors to its production in our body. It interacts with the opiate receptors in the brain to reduce the perception of pain. Apart from reducing the effect of pain, it also leads to the feeling of euphoria, increases the release of sex hormones, and enhances the immune responses.

There are around 20 types of endorphins produced in the pituitary gland disturbed throughout the nervous system. But the amount of its secretion varies from person to person. Like for example if two people are exercising at the same level will not necessarily release the same amount of endorphin in their system.

So do you have enough of these feel-good hormones in your body?

Some of the signs of deficiency are chronic pain (migraine, neck and back pain), emotionally sensitive, low pain threshold, not able to have fun (feeling alone in the crowd?), cravings for chocolate etc. Endorphins are an important part of our survival mechanism and if you lack in it, there are a number of strategies to improve its level. Dark chocolate, aromatherapy, sun exposure and laughing therapy are some of the effective ways to increase the endorphin level in your body.