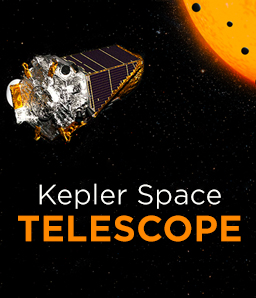 The Legacy of the Kepler Space Telescope

One of Earth’s most venerable planet-hunters, NASA’s Kepler spacecraft, has gone quiet. NASA the space agency announced that after nearly a decade of staring at the stars, Kepler – a cosmic game changer – has now run out of fuel and it was decommissioned on 30th October, 2018. Now, the spacecraft will stay in its Earth-trailing orbit, looping around the sun and never coming closer than a million miles from home.

Kepler had a remarkable nine-year career and has astronomically changed our views about the universe.It was  launched in 2009 and was NASA’s first planet hunter, helping uncover many of the universe’s hidden secrets. Kepler is responsible for 70 percent of the roughly 3,800 confirmed exoplanet discoveries till date. Kepler’s operation was based on the transit method,* which noted the tiny blips in stars’ brightness caused by orbiting planets crossing them.

Kepler initially stared at about 150,000 stars simultaneously. This original work came to an end in May 2013, when the spacecraft lost the second of its four orientation-maintaining reaction wheels. However, mission team members soon figured out that they could stabilize Kepler using the remaining wheels and sunlight pressure, and in 2014 the scope embarked on a new mission known as K2. During K2, Kepler made a variety of observations over shifting 80-day campaigns, studying everything from asteroids and comets in our own solar system to distant supernova explosions.

But Kepler will forever be remembered for its exoplanet finds. Before Kepler only a handful of exoplanets were confirmed. In fact, so little was known about planets outside of the solar system that it wasn’t even certain if they were in commonplace. The spacecraft’s current tally stands at 2,681 alien worlds, 354 of which were discovered during K2. Nearly 2,900 Kepler exoplanet “candidates” still await vetting by follow-up analysis or observation, and history suggests that most of them will end up being confirmed.

Some of its major findings are:

Kepler team members planned to beam a single, simple command to the sun-orbiting planet hunter, triggering a decommissioning sequence that’s already aboard the spacecraft. Kepler will shut down its radio transmitter and on-board fault-protection systems, making it an inert chunk of metal that floats, silent and un-responding, through the cold, dark depths of space.

Even without Kepler we will still be able to find exoplanets. Earlier this year, NASA launched TESS, the Transiting Exoplanet Survey Satellite. For two years, TESS will monitor 200,000 stars looking for planets using Kepler’s transit method. Unlike Kepler, TESS will be able to survey nearly the whole sky. It will mainly scout for planets in the so-called Goldilocks or habitable zone of a star — an orbit where temperatures are neither too cold nor too hot, but just right for the existence of water.