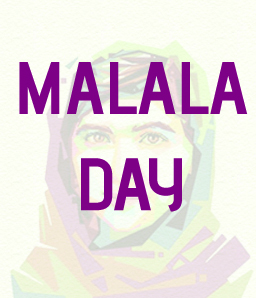 MALALA DAY – Celebrating the Brave Achiever that is Malala Yousafzai

Malala Yousafzai stunned the world surviving a gunshot to her head on her way to school. Shot by the Taliban along with two of her other friends for the sole reason that they were girls still attending school, she recuperated only to become an activist for female education and supported millions of children, specially girls in their venture to gain their right to education.

Just 20 years of age, she has inspired nations, women and children from all corners of the earth to stand up for their rights.

Here are a few of her achievements in the last one year: