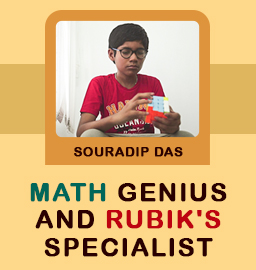 The Math Genius With a Flair for The Rubik’s Revenge

Every child or student has a particular knack, a hobby or activity that excites them – that drives them to give in their best at it. Interests ranging from music, dance, calligraphy, sports, playing chess, to reading, skating, making origami etc – the list goes on for as long as curiosity lies within children. One such 6th grader from the heart of cultural capital, Kolkata, grabbed the attention of teachers, parents around him and mentors here at BYJU’S, due to him varied interests. Souradip Das, a shy 12 year old Math genius spends most of his day going back and forth from Olympiad training centres, music classes and juggling his challenging Rubik’s cube sets.

As we sat to interview Souradip and his parents, father Arindam Das, a professor sets before us 3 bizarre looking Rubik’s cubes – with different number of cubes and varying sizes. As Souradip sets to put them in place one by one, his fingers become a blur as he is timed by his father and receives constant motivation from his mother and grandmother. He manages to finish the 3X3 cube in an amazing 1.2 minutes. He solves the Rubik’s Revenge ( 4X4 cubed) in about 3 minutes. When asked to share his secret behind solving the cubes at such a fast pace, Souradip shares that each cube variant has an algorithm behind it and a particular way of solving – “Once you understand the formula and practice applying it it becomes easier with every step to solve the cube. All that’s needed is patience, quick thinking and lots of practice,” shares Souradip. 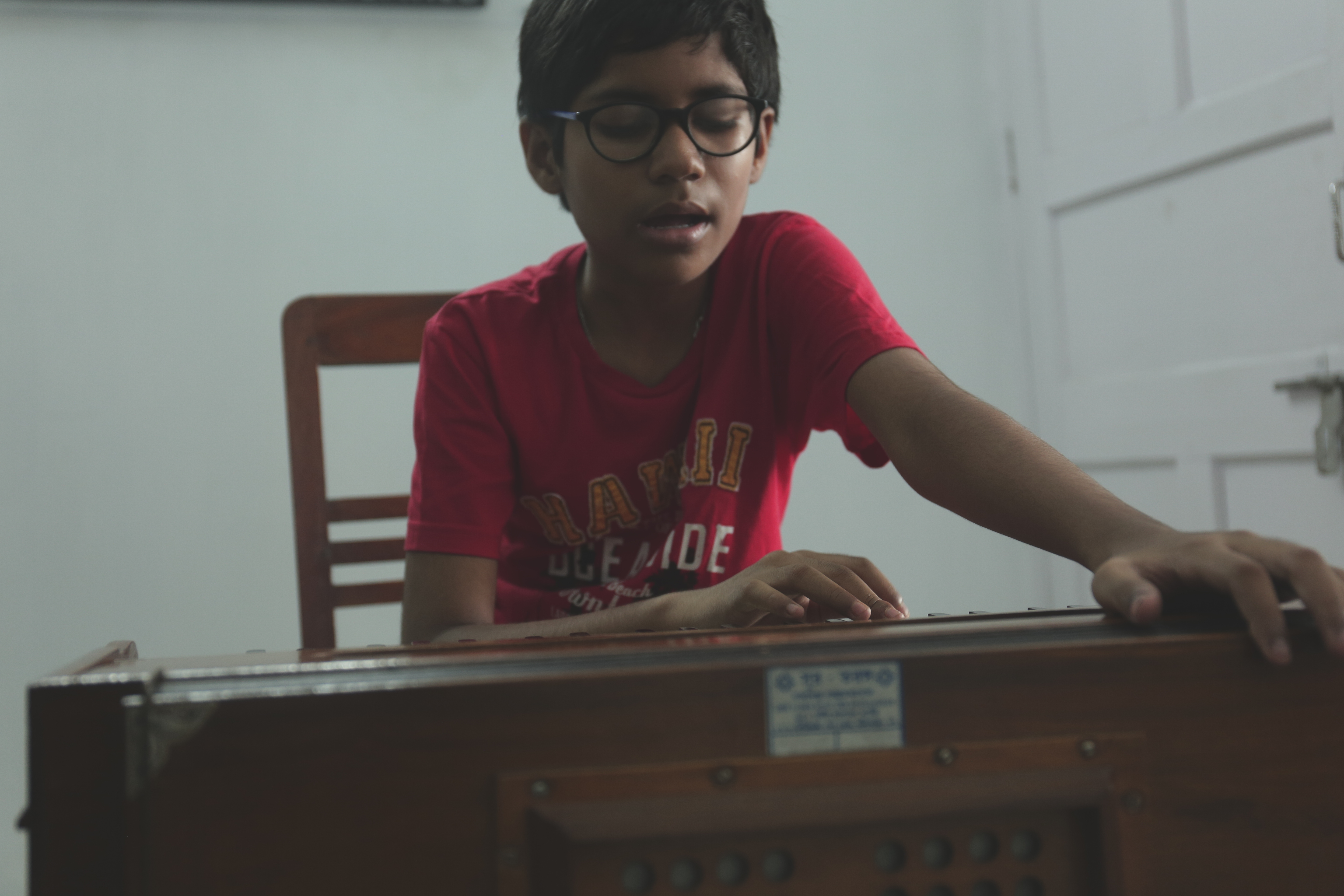 Having won several medals for Maths Olympiads and school competitions, Souradip’s love for math was evident from a very  young age, thus his parents enrolled him his several classes to keep him in practice. Starting from Abacus classes to Rubik’s cube sessions and finally moving on to the BYJU’S app, Mr. Das felt that giving his son an understanding of the different perspectives and applications of Math would help him grasp the basics beforehand. “Our family has always been full of literature enthusiasts, playwrights and musicians. Having a son excel in Math meant we could urge him in a different direction and experiment with his learning patterns.” Though Souradip still attends music classes where he learns Rabindrasangeet and Nazrul Geeti, he sticks to a tight schedule to make time for all his favourite activities. He spends a lot of his time solving the “Imaginarium” segment sent in by his BYJU’S mentor.

“The Imaginarium is truly a very interesting exercise sheet. With lots of fun problems and challenging questions, I can sit for hours and keep turning the pages, attempting the questions. If I ever face any issues, my mentor is just a call away and is always ready to help me better myself.” 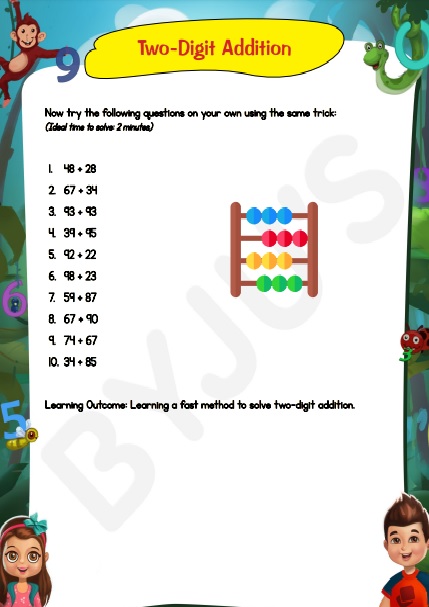 A boy of few words Souradip dreams of following his father in the lines of education, and becoming a Mathematics professor in some renowned college in the future. Following the lessons he learnt from his grandmother, Souradip places faith in his ability to study and work hard rather than being vociferous, unlike most children of his age group. According to his mother, he spends a lot of time going through videos on the BYJU’S app, or playing Math related games on his computer. “It would have been a matter of concern for us had we not realised that his love for Math was this great. A technology based learning platform is not only more exciting for children these days, but it ensures they learn faster and more effectively. We do encourage him to take part in class discussions and voice out his opinions and with the help of the app he has been able to gain the confidence he was lacking initially,” shares his concerned mother.

A lover of computer games, Souradip discovered the world of online learning first through Youtube where he found several study videos related to his school chapters. But what these videos lacked was a personalized learning trail. “I can watch a video on repeat for hours, but if there is a particular concept that I haven’t caught on, I will still not understand it no matter how many times I keep watching it. In a large group, students on one hand often miss out on understanding topics as they do not receive individual attention, educators on the other hand miss out on understanding their students’ weak areas and coax them to learn by rote,” divulges Souradip.

Adding in Mrs. Das quotes, “That is what I love about the BYJU’S app, the fact that it can put together course lessons, alongwith tracking the student’s personal growth and understanding of each and every topic. PArents are also involved in this, through the parent app they receive feedback so they don’t miss out on their child’s progress. Using technology with education can only open out more windows for students.” After our trip back from Kolkata, Souradip contacted us yet again, to inform of another medal he received at a state level Math Olympiad. He dreams of improving his Rubik’s solving skills and entering the Guiness World Record List to beat the current world record holder Feliks Zemdegs who completed his Rubik’s Cube at a shattering 4.59 seconds.

We wish Souradip the very best for his future endeavors and thank his mentor, for encouraging him and helping him fall in love with learning!