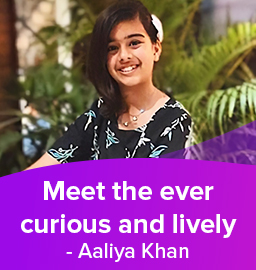 A martial artist with a flair for chemistry – Aaliya Khan

Meet Aaliya Khan! Aaliya is an energetic and vibrant sixth-grader from Bareily who is known for her quick wit and sense of humour amongst her family and friends. “It’s not just her witty responses but also her ability to express warmth towards you that makes her everybody’s favourite,” says her mother Mariam Khan.

Aaliya is always curious and this is the reason why she has more than a handful of interests. “I like baking, painting, dancing, running, playing badminton and taekwondo,” she tells us. Currently a blue belt in Taekwondo, Aaliya is keen on becoming a black belt holder someday. Being a Taekwondo student has helped her become really fit, admits Aaliya. “I don’t get tired easily, I can exercise for as long as I feel like”, she says.

Aaliya’s next biggest interest can probably be summed up in two words – chemical reactions! “I really enjoy watching different types of reactions that happen when you mix things together. For example the coca-cola and mentos experiment. Actually, a lot of things remind me of chemical reactions – be it baking or paints mixing together. And this is why I want to be a chemical engineer when I grow up”, elaborates Aaliya beaming with joy.

It’s no wonder that a curious child like Aaliya is good in academics too. ‘She has always been a good student in her school. But with BYJU’S her grades have improved even further’, says her father Dr A A Khan, a general surgeon by profession. 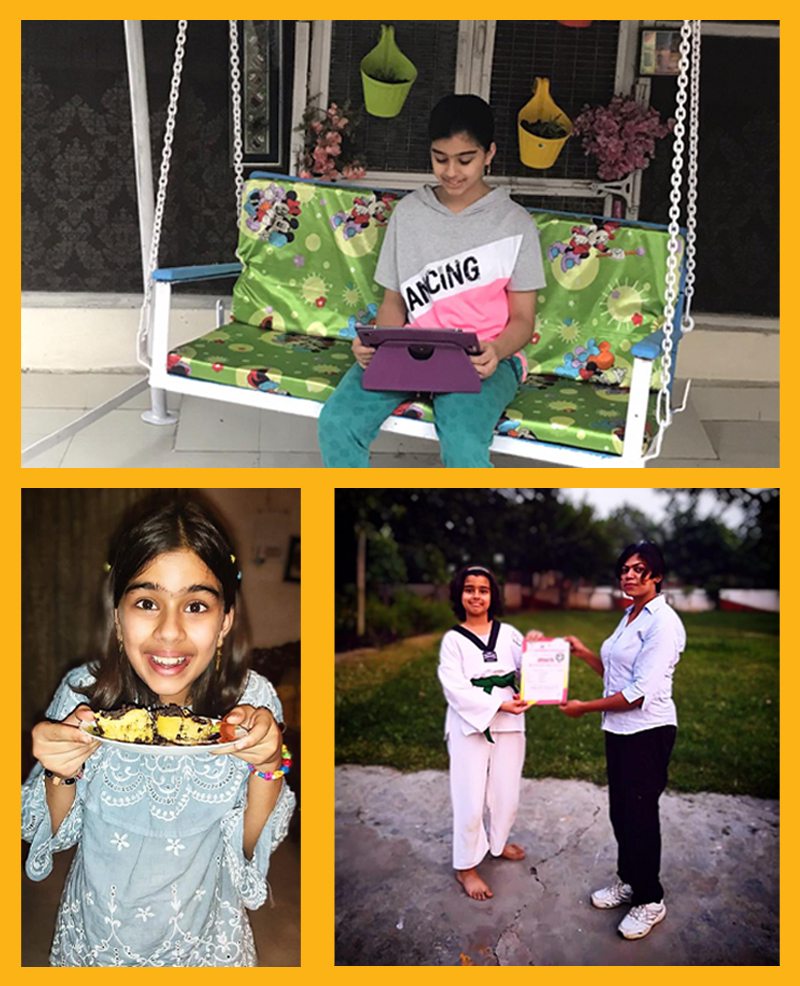 “I especially like learning Maths from BYJU’S because they explain everything step-by-step, helping me understand the reasons behind everything”, says Aaliya, whose elder brother is also a BYJU’S student. “Both our kids have benefited from using BYJU’S. It has increased their conceptual clarity and problem-solving abilities. The audio-video animation is amazing, it makes anything easily understandable. We love BYJU’S and recommend it to other parents too”, adds Aaliya’s mother.

Aaliya’s zest for learning new things is nurtured by her parents’ belief of never stopping their kids from doing what they want. “I am sure she will excel in whatever she chooses to do. She is very intelligent and pro-active, and she never misses a chance to crack jokes. Some of her teachers fondly call her the comedian of the class”, says Aaliya’s Mother. “All we do want is to ensure that our children grow up to become good human beings, and as long as they go in the right direction, we will support them in whichever field they choose to pursue”, explains Dr Khan.

It’s always delightful to see students being encouraged towards all-round development, especially by their own parents. BYJU’S wishes Aaliya the very best of luck for her future endeavours.

If you enjoyed reading this, you may also like

How is BYJU’S Helping Noor Study During the Lockdown