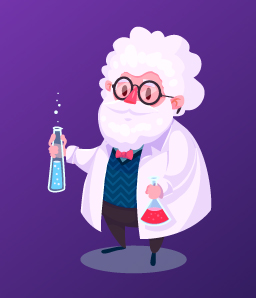 This month in Science History – Scientists born in February!

Science is constantly evolving, helping us understand the world better. Throughout history, some of the greatest inventors and scientists were born in the month of February. Their contributions to the field of science have changed the way we understand and perceive the world today. But most importantly, they inspire us to work hard, question more and trust our instincts in order to reach our goals, just like they did!

Here are a few famous scientists born in the month of February!

Known for: Discovering the antiproton, a subatomic antiparticle, and the elements technetium and astatine

Profession: A chemist and an inventor

Known for: Discovering the Periodic Law and creating the periodic table by arranging the elements according to their atomic weights

Profession: A scientist and an inventor

Honours: Inducted into the National Inventors Hall of Fame

Known for: Nicknamed as ‘Lady Edison’, her inventions include a bobbin-free sewing machine and a vacuum ice cream freezer

Honours: He did not win any awards during his lifetime. He spent much of his career as a scientist being persecuted by the Catholic Church for his beliefs.

Profession: A real estate developer, rancher, viticulturist, and an inventor

Honours: inducted into the National Inventors Hall of Fame

Known for: Inventing the windshield wiper blade that helps remove rain, snow, ice and debris from a windscreen or windshield

Profession: A colloid chemist, an academic, and scientific administrator.

Honours: Padma Bhushan, Knight Bachelor, Fellow of the Royal Society Award and most excellent Order of the British Empire Medal

Known for: Revered as the ‘Father of research laboratories’ for promoting scientific research during the industrial revolution in independent India, he made significant contributions to the field of magneto-chemistry

So whom do you share your birthday with? Do tell us about your favorite scientists and how they have inspired you.