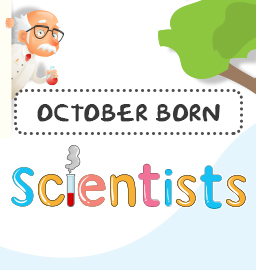 We are celebrating the birthday of some of our favourite geniuses this month! Which one of these geniuses do you share your birthday with?

Known for : Being the visionary behind India’s Three Stage Nuclear Power Programme and the Bhabha Scattering along with many other contributions.

Known for : The Astrophysical Chandrashekhar Limit and NASA named the third of its 4 “ Great Observatories” after Chandrashekhar, alongwith an asteroid that is named after him.

Profession : Physicist, known as Father of Fiber Optics (the backbone of the Internet), entrepreneur who founded Optics Technology Inc.

Known for : Often called the Man Who Can Bend Light, he made great contributions to biomedical instrumentation, solar energy and pollution monitoring.

Known For : Project Director for SLV-III, which deployed India’s first indigenous satellite, Rohini, launched into orbit in 1980, his book – Wings of Fire.