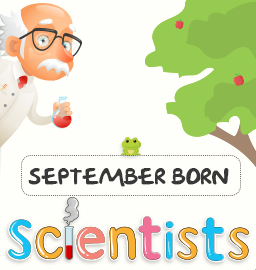 Science is constantly evolving, helping us understand our world better. Here are a few scientists who celebrated their birthdays in September, thanks to whom our lives have been made a little easier and lot more interesting.

Known for : Challenging Albert Einstein’s theory that nothing with mass can travel faster than  light.

Known for : Born out of an agricultural family, Nayudamma earned a name for himself becoming the founding president of the Committee for Science and Technology for Developing Countries.

Known for : Am alumnus of IIT Delhi, Sudan was a permanent researcher at Microsoft Research in England and is currently a professor at Harvard University.