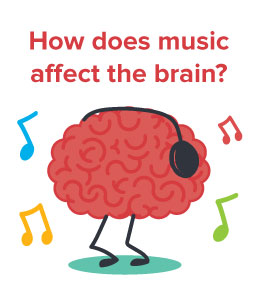 ‘Music gives a soul to the universe, wings to the mind, flight to the imagination and life to everything’

On the face of it, music may not seem essential to human life. But if you look closely music has been a part of human culture throughout history. It is so ingrained into our existence that imagining a life without it almost seems impossible. You might know about the role of music in keeping us entertained and relaxed, but did you know that music has healing powers too? No, this is not coming out of a work of fiction but from Dr Oliver Sacks, who was a neurologist, historian of science and an author. He was one of the many doctors to have studied the effect of music on our brain. Their studies have shown that certain aspects of music such as rhythm and tempo help our brain in generating sequences and flow. This becomes particularly crucial with diseases like Parkinson’s, where patients have difficulty in sometimes even moving or talking. Music therapy has proven to be very effective in the treatment of such neurological conditions and others like Alzheimer’s disease, brain injury, stroke, depression, and anxiety.

Where does music go in your brain?

You may think that music is only limited to our ears. Actually, ears are just the beginning of the story. When you listen to any piece of music, it travels from your middle ears to the inner ear, which converts the sound waves into electric signals, which are then carried by the nerve system from the inner ear to the brain.  Inside the brain, these signals are sent to the hippocampus and frontal lobe. The hippocampus is the part of the brain that regulates our motivation, memories, emotions and learning. The frontal lobes are responsible for problem-solving, emotional expression, language, judgement etc. 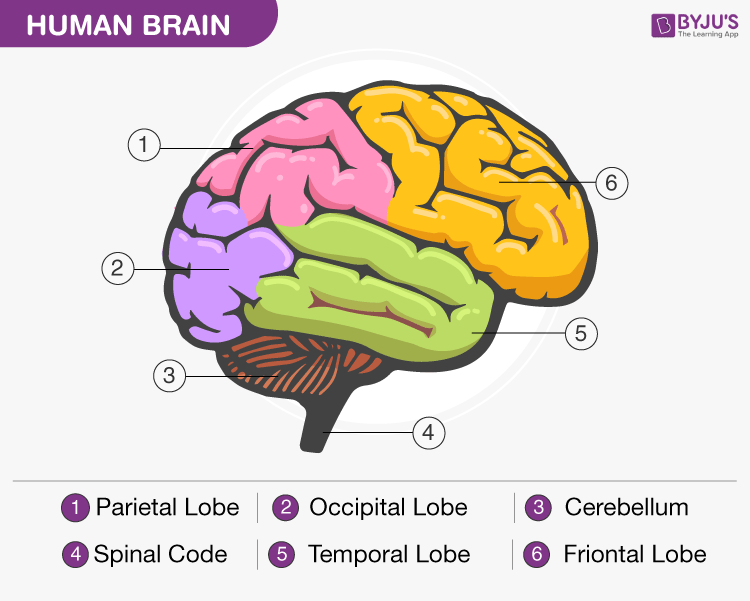 If you dance to music, that activates yet another part of the brain – the cerebellum (brain stem). It regulates our motor movements like walking, standing, co-ordinating different body parts etc. Furthermore, when you play an instrument, it involves even more parts of the brain. For reading musical notations, you’ll need the visual cortex, language centres in the frontal lobe and temporal lobe of the brain. Similarly, the physical process of playing an instrument activates the motor and sensory cortexes of the brain. To understand further about the functioning of the human brain, click here.

Can music change the brain?

Humans make music and in some ways, music makes us too. Intrigued?. Music can do much more to our body than just relaxation, especially the brain. Our brains have the capacity to change based on the activities we perform, this is called the neuroplasticity of the brain. This ability of the brain makes it possible for it to undergo certain actual physical changes based on what it gets used for. Studies show that music facilitates neuroplasticity and actually changes the way neurons are wired in the brain. Research suggests that musicians tend to have a higher learning capability because playing music strengthens certain nerve connections over time. Another known advantage that musicians tend to have is better motor movement ability than non-musicians. They tend to become faster and more precise in activities that require the use of both hands.

Did you know for some people music is also something that they can taste? Yes, you read that correct! A brain condition called Synesthesia links a person’s senses together in unusual ways. In the words of Dr Oliver Sacks, the condition is described as  “some excessive connection or abnormal connection between sensory areas which are normally separate.”

One of the effects of it is that people with this condition (called ‘synesthetes’) can taste music or actually ‘see’ music as a stream of colours. Synesthesia is not only limited to music-related senses. For example, some synesthetes can ‘taste colours’ or ‘smell’ them too.

It is estimated that only about 4 per cent of the human population has this special condition. Some famous synesthete personalities include singers Kanye West and Pharrell Williams, and the famous painter Vincent Van Gogh.

While there’s no concrete evidence on how one acquires this condition, most doctors and researchers agree that this linking is automatic and happens at a very early age, sometimes even before birth. Another interesting fact about it is that this condition is unique to each synesthete. So it may happen that the same piece of music can taste different to two synesthetes listening to it at the same time! This shows us how subjective experience music is.

Are we the only ones?

It is a fact that humans are the only species that respond to music in the way that we do. Even though nature has a lot to do with rhythms- the frogs croaking, birds chirping etc, the animal world doesn’t quite understand music entirely the way we do. A  study revealed that monkeys, a species so closely related to us, cannot tap along to music due to certain cognitive limitations. But nature finds its way to surprise us from time to time. A recent study shows that Parrots maybe another species that respond to music in some ways as we do. A youtube video that has a parrot called snowball dancing to Everybody from Backstreet Boys’ has led us to this discovery. Anirudh Patel, an associate professor of Psychology is the man behind this study. Professor Patel states – since parrots too can learn and reproduce complex vocal patterns like us. It could be the reason for why they can also dance to music like us. He states that there’s some special connection between our ability to make complex sounds and the ability to move to a beat, which is quite unique to humans but it seems that Parrots may have it in them too.

So now that you know about the various links between music and your brain, you may find music that you used to enjoy all this time to feel different or even maybe better than before.  Music is universal to us all and ingrained in our very existence. In a sense, our bodies are our instruments. Our heartbeats are the rhythm of our lives. Right from the lullabies during our infancy to ceremonial music in the funeral procession, music is always around us and it always will be. So go ahead and explore music all over again!

If you liked this article, you may also like:

Music and its Many Genres

Relax! Cool it. Let the music do it.

Convert your love for MUSIC into a flourishing career!