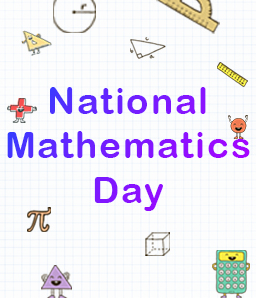 National Mathematics Day – Know about the Man who knew INFINITY!

This goes back to the year 1919, when two world renowned mathematicians met to debate a rather odd topic. Believe it or not, the debate was about a taxi number – 1729  and its importance!

While one, (the famous mathematician G.H. Hardy) argued that the number 1729 was a boring, ordinary number with nothing special to it, the other mathematician proved him wrong.

He stated that, “It is a magic number which can do wonders! That’s because, the number 1729 is the only smallest number expressible as the sum of two positive cubes in two different ways.”

That great Mozart of Mathematics was Srinivasa Ramanujan, who also introduced to the world the value of Infinity. Did you know, after Ramanujan demonstrated the wonder of the number 1729, it got recognised as The Ramanujan Number!

Through that incident, Ramanujan not only gave the world a magic number but also taught us that  incredible things can happen if we’re truly passionate about what we do!

This National Mathematics Day, as we celebrate the 131st birth year of Srinivasa Ramanujan, FRS (Fellowship of the Royal Society), let’s look at some important life lessons we can learn from this Mathematical genius:

Ramanujan always knew that he loved Mathematics! In fact, he was a self-taught mathematician because of limited access to quality education and resources. He loved the world of numbers so much, that at the age of 12, he had already conquered the world of Trigonometry by discovering his own theorems. 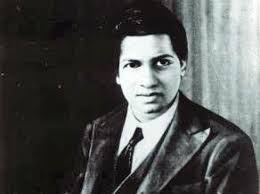 There is no alternative to hard work & determination!

Ramanujan led a difficult life where he was constantly battling financial and health struggles. Limited financial resources barely allowed his father to sufficiently provide for his family members or let Ramanujan complete his education. Despite that, he obtained his PhD from Cambridge through persistence and hard work. He never gave up on what he loved and continued to learn and research in his own capacity. After writing several letters, his work got recognised and he was invited to Cambridge to pursue and explore his theories and ideas.. Ramanujan is truly an inspiration who shows us how determination and self-motivation can take us places.

Learning Math as a Life-Skill!

Ramanujan has been recorded as saying how numbers used to ‘speak to him’, which helped him solve complex theorems in a simplified manner. His understanding of mathematics came from a practical and real life approach of understanding concepts as he was devoid of any formal training during his initial years. It is important that each one of us look at Math as beyond a subject we merely need to score in. Mathematics is all around us – it’s an approach to problem-solving with logic. Having strong Math fundamentals enables you to become critical thinkers, a skill that is highly useful in all areas of life.

Be curious & overcome your fear!

Ramanujan never stopped asking questions. He never accepted a solution without truly understanding the “why” and we need to bring that child-like curiosity back into the way we learn. Mathematics is a highly logical subject which must evoke curiosity instead of fear. Never hesitate in asking questions because there is no such thing as a ‘silly’ question. Learn freely and enjoy every second of it!