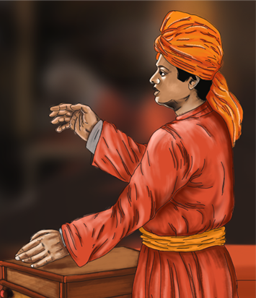 National Youth Day! – The makers of a better Nation

“Arise! Awake! And stop not until the goal is reached” – A great saying  by Swami Vivekananda that continues to inspire us to strive for success and do more in our life.

His ideas of progress & prosperity, combined with his undying belief in the capabilities of our nation’s youth has constantly motivated us to do our bit in moving our country towards greatness.

By 2020, India is set to become the world’s youngest country with 64 percent of its population in the working age group, leading to even more responsibility on the shoulders of our youth. It is more important than ever for us to follow Vivekananda’s lessons and examples in motivating this generation to enable them to do their magic in growing and transforming our country.

Marking his 156th birth anniversary today, let’s celebrate the National Youth Day by learning about the young changemakers of our country who prove that age, is just a number!

10 year old Arshdeep Singh from Jalandhar is a well-known wildlife photographer who has an eye for capturing the perfect visuals through his lens. Breaking all age stereotypes, his famous ‘Pipe Owls’ photograph bagged him the title of the Young Wildlife Photographer of the Year award (Asia) in 2018.

If Vishwanathan Anand has been your chess inspiration, it’s time to add one more to the list! At an age of just 12, R Praggnanandhaa recently became India’s youngest Chess Grandmaster and second-youngest in the world during the Grendine Open in Italy.

The unusual Founder and CEO of CoderBunnyz

Samaira Mehta is not your average 10 year old. She is the Founder and CEO of CoderBunnyz which creates STEM games to empower children to learn coding and become smart leaders in tech. Known as the “real powerpuff girl”, Samaira has been coding since the age of six and is already a sensation in Silicon Valley!

The 18 years old Prithvi Shaw from Mumbai is the youngest captain of under 19 Indian Cricket team. He rose to fame with his remarkable performance which helped his team win the 2018 World Cup. Kudos!

Kautilya Pandit, also known as India’s Google boy, is just 10 years old. He garnered fame at a young age of 5 with his exceptional knowledge in subjects like statistics, geographical locations and data, trivia and mathematics . According to neurological assessment, Kautilya possesses an IQ level of more 150 which is the same as Albert Einstein! He has been awarded a scholarship by Haryana government, been given the title of “Bal Manishi” (Child Prodigy) by Kashi Vidwan Parishad and has also co-hosted the KBC show with Mr. Amitabh Bachchan!

Kudos to these kids for working exceptionally hard and showing us time and again that the future of our country is in great hands! We hope that their achievements inspire you to strive to be the best version of yourself for your loved ones, your society and your country!