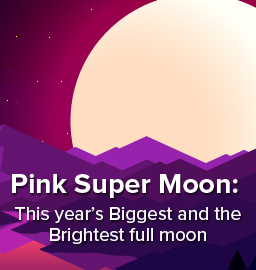 What is So Special About the Pink Supermoon

Yet another ‘supermoon’ has descended upon us. This time it’s the Pink Supermoon. What makes it so special?

Every few months, we get all excited about some or the other ‘supermoon’ event. Colourful names are chosen to describe Earth’s lone natural satellite as we all look up into the night sky with our cameras at the ready. Sometimes its a ‘Blue Moon’, other times it’s a ‘Blood Moon’. In 2018, we also got to experience a ‘Super-Blue-Blood Moon’! Every time there is a ‘supermoon’ ripe for viewing, the whole world gets lost in the hype with news channels, social media, and celebrities all constantly obsessing over it.

This time again, on April 7, the world witnessed a ‘Pink Supermoon’, offering the biggest and the brightest view of the full moon in 2020. The pink supermoon appeared in the sky on the evening of April 7 and was visible till 8 am IST offering a pleasant distraction to take our mind off the COVID-19 lockdown.

So, have you ever wondered what the hype is all about? How is it that every supermoon is described with words like ‘rare’ and ‘never seen before’ when it actually occurs every few months? What is the significance of a supermoon?

What actually is a ‘supermoon’?

The Moon’s orbit around the Earth is not a perfect circle. It’s actually an ellipse. So, at certain points along the orbit, the Moon is actually closer to the Earth. A  supermoon is the name given to a new moon or a full moon when it is in that point in its orbit that is closest to the Earth. The scientific term for this point is the perigee. Due to its closeness to the Earth, the ‘supermoon’  appears to be bigger and brighter than an average full moon.

There is actually no formal scientific definition of a supermoon. The term supermoon was actually coined by an astrologer named Richard Nolle in 1979. Supermoons are of no particular significance to astronomers since it’s just the coinciding occurrence of a full moon at the perigee.

In astronomy, the technical term for a supermoon is perigee-syzygy (syzygy refers to the straight-line configuration of any three or more celestial bodies – in this case, the Sun, the Earth and the Moon). It is an event that occurs fairly commonly and holds no special scientific significance as such. In fact, it is interesting to note that astronomers have observed that the Moon is slowly moving away from the Earth, roughly at the rate of 3.78cm per year. While that might seem like an insignificant amount, it does add up over millions of years! So, in a sense, the supermoon of today was just the regular moon from a few million years ago!

How rare is a supermoon?

A regular full moon occurs once in each lunar cycle, which is once every 29.5 days. But not every full moon is a supermoon – there are only usually three or four supermoons in a year. Between 2020 and 2025, there will be four each year. So it is actually not as rare as it is made out to be! 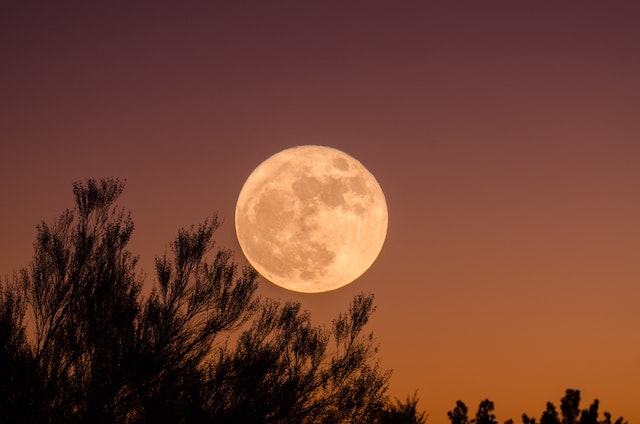 Contrary to what the name might suggest, the Pink Supermoon is not actually pink in colour and is named for the blooming of the Pink Phlox flowers in April. (Photo by Ganapathy Kumar via Unsplash)

Is the pink supermoon really pink in colour?

No, the moon does not change colour! The ‘pink supermoon’ has nothing to do with the colour pink. It just so happens that the full moon in April 2020 coincides with the spring bloom of a type of wildflower called the pink phlox, first seen across North America. This particular supermoon is named after this event. Other colourful names for the April supermoon in different parts of the world include the Full Pink Moon, Sprouting Grass Moon, the Egg Moon, and the Fish Moon.

So, is there nothing special about the Pink Supermoon?

Not necessarily! Just because there is no astronomical significance to the event, doesn’t mean that we can’t enjoy ourselves by sparing a moment for our planet’s lonely natural satellite. The supermoon is a beautiful sight to behold and can be a great time for the family to spend some quality time under the night skies.

What are your thoughts on supermoons? Are they the rare and mystical events they are made out to be or does the hype oversell the event? Tell us in the comments below.

Like what you see? Check out some of our other celestial observations:

How do Astronauts Live in Space?

Can Artificial Gravity Be Created In Space?

Make Your Own Nebula In A Jar: Activities For Space Enthusiasts