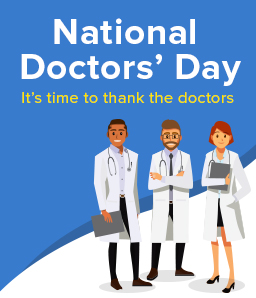 Saluting the doctors of ancient India

Nipah virus shook the nation after claiming 17 lives in Kerala in 2018. The virus did have the potential to take more lives. But thanks to the doctors, who tirelessly worked day and night to contain it. This is one of the many cases where doctors have saved lives and prevented a major outbreak.

A doctor’s responsibility goes beyond just prescribing medicines. From stopping the spread of pandemics to helping patients recover from sickness, doctors positively impact the lives of individuals and communities. To commemorate the relentless service of doctors, we celebrate National Doctor’s Day in India on July 1. The first Doctor’s Day was celebrated way back in 1991. The day also marks the birth and death anniversary of Dr Bidhan Chandra Roy, an eminent physician and Bharat Ratna Awardee.

This National Doctor’s Day, let’s celebrate ancient Indian physicians who contributed to the field of medicine.

Shastrakarma – The art of surgery

Ayurveda – The science of longevity

Ancient Indian scholar Agnivesa under the guidance of his master Atreya is known to have compiled the principles of Ayurveda-Charaka Samhita-in 800 BC. He was the first physician to present the concepts of digestion, metabolism and immunity. The Ayurveda system of medicine uses herbs and other herbal components to cure ailments. 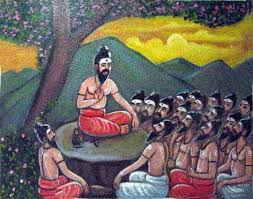 Siddha – The medicine of natural ingredients

Siddhars of Tamil Nadu laid the foundation for Siddha system of medicine. They are considered to possess the ashta siddhis or the eight supernatural powers. Sage Agasthya is known as the father of Siddha medicine. The medicines are a combination of spices, fruits, metals and other chemical components. The salient aspect of the Siddha system of medicine is the pulse reading developed by practitioners of the past.

Yoga – The science of holistic health

Although yoga seems to be an odd pick for the list of medical contributions by ancient Indian doctors, it deserves a spot as it helps in balancing the physical and mental health of an individual. Second-century saint Patanjali is known as the father of yoga. Yoga is practised to stay fit and attain peace of mind, hence improving the overall health.

It would not be wrong to say that the principles, philosophies and practices of the ancient Indian medicine has majorly contributed to modern medicine. This age-old wisdom is helping the modern day doctors treat patients. After all, the presence of the doctor is the beginning of the cure.