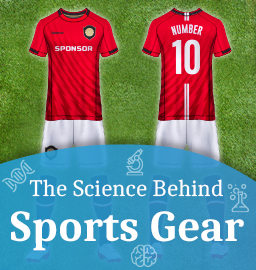 Dress for Success – The Science Behind Sportswear

If you’ve seen old sporting videos, you’ll notice that the clothes that the players are wearing look very different from what they look like today. Be it any sport – football, cricket, basketball, cycling or even swimming, sportswear has made huge leaps in terms of the technology that goes into making them. A couple of decades ago, the main use of sporting gear was to differentiate between teams or flaunt the athlete’s national flag colours on an international stage. While that element of dsitinction still continues to be important today, sportswear has evolved to include certain technological advancements that can provide athletes that extra edge that could make or break a game!

Let’s take a look at three sports where these cutting edge advancements in sportswear have made a huge impact.

The iconic jerseys worn by footballers today is much more than just a space to advertise the team and its sponsors. Heavily engineered out of complex polymers derivates of polyester, football jerseys today are super light and built for comfort in all forms of weather. When it rains, for instance, modern jerseys absorb very little water (roughly 0.4%) owing to the low absorbency of the material. Compare this to a T-shirt made of cotton which could soak up around 7% of its total weight. That sure would be uncomfortable to play in.

If you compare the jerseys worn by players during the 1958 FIFA World Cup (left) and modern day jerseys (right), you will see a huge difference in the clothing. (Photos: Pinterest)

Brands that sponsor team jerseys are constantly trying to outperform each other with the latest tech in sporting gear. For the 2014 World Cup, Puma introduced something called ACTV technology in their clothing. Puma claimed that the technology would reduce the muscle vibration in athletes, akin to stretching rubber bands tightly along players’ bodies, holding the muscles tightly to prevent vibration while running. This gradual compression was built to promote stamina recovery. Meanwhile, Nike came up with their ‘Dri-Fit’ technology, designed to keep sweat away from the athlete’s body. They achieved this by creating ‘ventilation zones’ through laser-cut holes in the fabric that form a mesh layer.

In a sport like swimming, the swimsuit can make a lot of difference in the performance of an athlete, especially when every hundredth of a second matters. Swimsuits are built to reduce the friction between the athlete’s body and the water to save those important few seconds. Sometimes, swimsuits can get controversial. 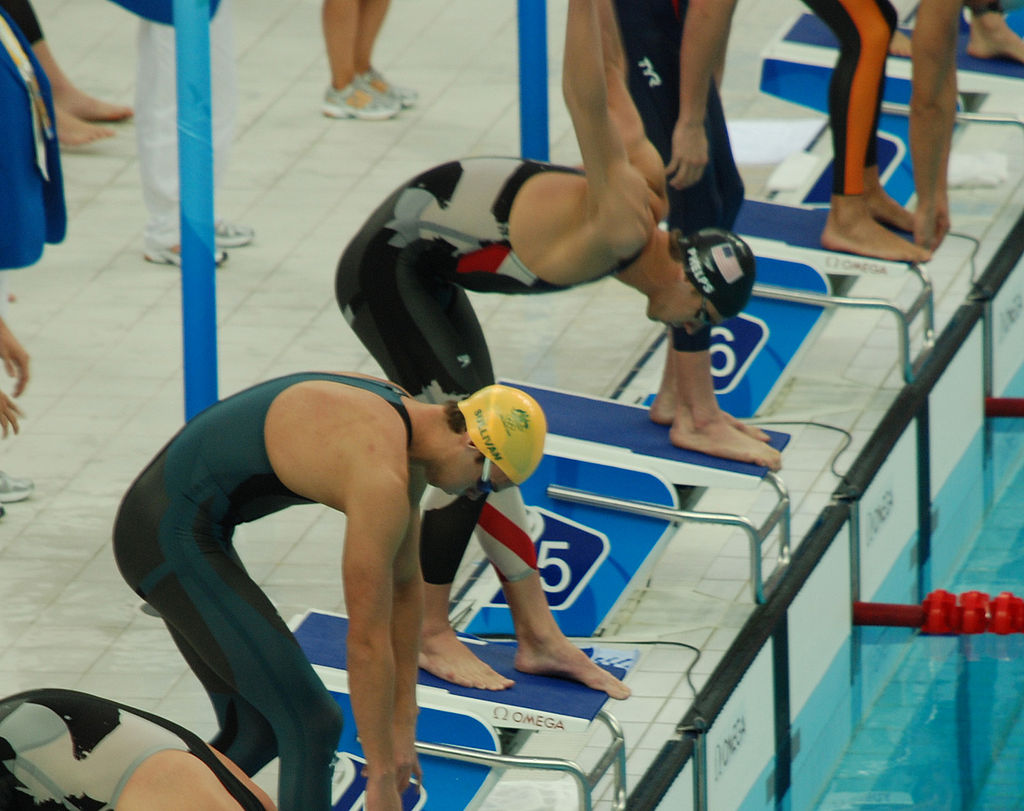 Michael Phelps wearing the LZR Racer swimsuit at the start of the 4×100 relay event at the 2008 Summer Olympics, Beijing. (Photo: Wikimedia)

At the 2008 Beijing Olympic games, Speedo released their LZR Racer full-body swimsuits that compress the body and trap air for buoyancy. Multiple gold medalist Michael Phelps of USA was sporting it that year, along with several other athletes from all over the world. The swimsuit was highly advanced and was designed in NASA’s wind tunnel testing facilities to provide fluid flow analysis. Phelps won 8 gold medals that year. But it was not just him – 98% of all swim medals won at the Beijing Olympics were won by swimmers wearing the LZR Racer swimsuit. The international governing body for swimming, FINA, then banned the full-body swimsuit for the subsequent 2012 London Olympics because it was believed that it provided an undue advantage.

What you wear can make or break your performance in international cycling events like the Tour De France. In a race that’s built to test your endurance over several hours, the clothing will have a huge role to play in terms of keeping moisture away from the body, providing ventilation, preventing friction burns and most importantly, reducing aerodynamic drag. 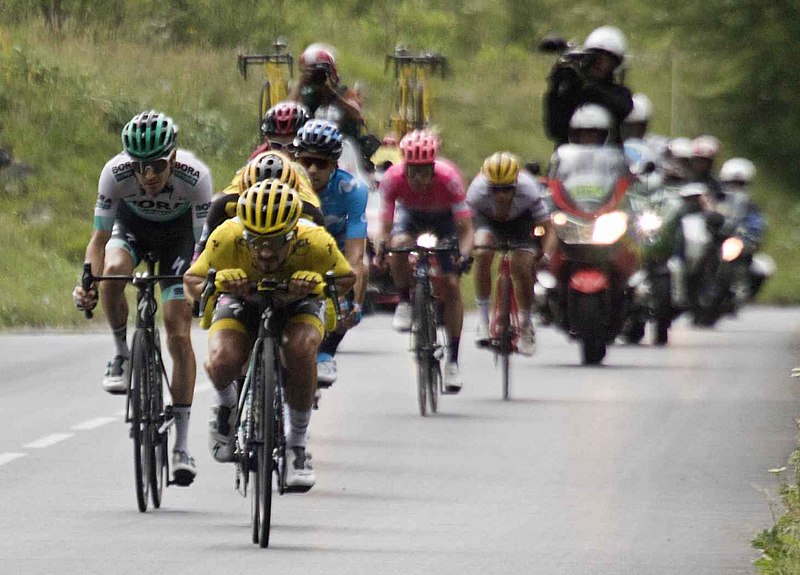 Aerodynamic drag or air resistance is the force that opposes the movement of an object in the air. The material of a cycling jersey can play a huge role in cutting down this force exerted by the air against the jersey. When researchers at Texas A&M University tested cycling gear in a wind tunnel replicating conditions at 30 mph, they found out that the rough surface of a wool jersey created more drag compared to smoother, full-body Lycra skinsuits. These Lycra jerseys themselves created very slightly more drag compared to an identical, polyurethane-coated suit that elite cyclists use today. The researchers concluded that the Lycra suit should perform at least a minute faster than a wool jersey over a distance of 40 km. This translates to a significant difference in a race like the Tour de France where the distances covered are in thousands of kilometres.

Apart from these three sports, there are many others like Ice Hockey, Formula 1 and even Cricket where sportswear has evolved to meet the challenges of the game. With these technological advancements, each sport has the space to evolve and push the boundaries even further, as old world-records are broken and new ones are created!

What other sports can you think of wear the clothing can make or break a victory? Tell us in the comments below. Did you enjoy reading this? Here’s more on sports, science and tech from the Learning Tree Blog:

How does an athlete’s anatomy help them win?

How do anti-fog glasses work?