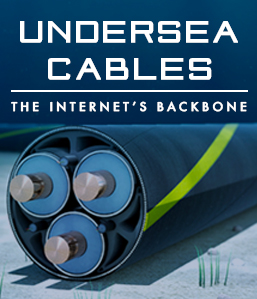 The internet is awesome, isn’t it? It has created a sense of dependency as we can get  all the information that we want anytime and anywhere on our fingertips from the internet .

Riddle me this: What is common between a you tube cat video, online video/voice call and a telegram?

FYI, I am talking about actual telegrams from the bygone era, which were sent by a telegraph machine. They were a fast way to send important news for people without telephones. A telegraph operator tapped the message out in code using a machine called a Morse key. This was called a telegram.

Let’s take a walk down the memory lane.

Picture this: You are in London in the 1800’s, and you want to invite your favourite neighbours across the North Atlantic Ocean for a holiday. How long do you think they would take to get your message? Let’s just say that by the time the ship carrying your letter got there, time would have flown as fast as an arrow.

Something peculiar happened in 1839 – our good friend Mr Wheatstone (of the Wheatstone bridge fame*) introduced a working telegraph! The basic principle was transmitting electrical signals through physical wires called telegrams.

This triggered the  idea of using telegrams to send and receive messages across the globe. But would executing this idea be easy?

Laying down of wires across oceans are done by using specially-modified ships that carry the submarine cable on board and slowly lay it out on the seabed.It is laid to conform to the contours of the seabed to avoid cable lying in suspension.

Yes! As strange  as it might sound, that is exactly what was done by Mr. Wheatstone and team. Laying down first set of wires took them a year to set up. This Transatlantic telegraph cable lasted for a month because the technology at that point of time was just not good enough to last long. There was a sea creature that loved chewing on them too! More about that later.

So the answer to the riddle is ‘Submarine Communication Cables’. These cables are the common thing between a telegram, international phone calls, and now the entire internet.

Submarine communication cables  are cables which transfer information bundled on to light, instead of transmitting electrical signals directly, this technology is vastly superior now. These cables have a lot of protective coverings that can withstand currents at the sea bed.

And what can they do?

They can transfer up to 40 Terabits (Tbps) per second of information. Wondering about its Terabyte (Tb)? Well, a byte (B) is 8 bits(b) and 1 terabyte (TB) is the typical size of a hard drive these days.

But this is not the entire bit. Most of our data is stored on local servers that have cached versions of the most used sites like YouTube, Facebook and the likes. This is why your pages load so quickly and you have crazy download speeds of 1Gbps in some towns.So every time you post an Insta story, you aren’t at the mercy of sharks who may decide to have a quick snack. That being said, 99% of all data that is transferred between countries are using these cables.

There’s a lot more to the internet’s story. If you liked reading this, you can check out how wireless internet works, the role of satellites and also the good old coaxial cables that use a copper wire to transmit information.