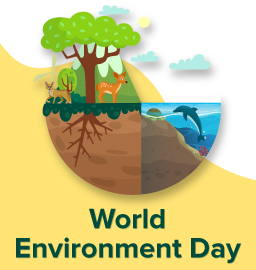 A Lockdown for Humans, A Party for Animals

While the majority of the world went into lockdown mode in the past couple of months to slow the spread of COVID-19, something interesting was happening outdoors. People across the world have been reporting rare sightings of animals returning to their habitats and even wandering around deserted city streets. Social media is chock full of praiseworthy posts about how the rivers and the air have start rejuvenating due to reduced human activity.

If we ever needed direct proof of the adverse impact of our actions on nature, this was it. Almost within no time since humans locked themselves away, nature began to mend itself. Right now, it is but natural that the whole world is pre-occupied with the pandemic that is threatening our very way of life. But on this World Environment Day, perhaps it’s time to take a step back and reflect on the very ways that brought us to this situation in the first place. As a friendly reminder that we share this planet with countless other creatures, here are some heartwarming instances of wildlife returning to its natural ways during the lockdown: 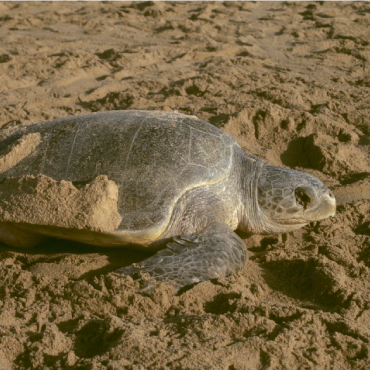 The olive ridley turtle is an endangered species of sea turtles. What makes it unique is that thousands of females of the species gather at the same beach to lay their eggs. One such location where these turtles gather is the Rushikulya rookery along the coast of Odisha. This year, in late March, over 2.7 lakh turtles gathered on the shores, a number that is reportedly much healthier than previous years. This could be because of the lack of trawlers in the waters, proper beach maintenance and reduced human activities. 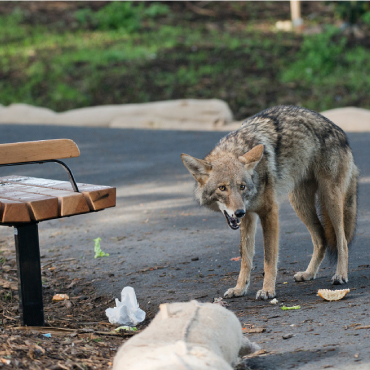 It’s not just remote shorelines across the world but even cities have seen the resurgence of wildlife. With humans locked away, animals like deer, opossums and bobcats have been spotted on the streets of Los Angeles, California, otherwise one of the busiest cities in the world. One dog-walker even saw a pack of coyotes on the street! These are perhaps reminders that wildlife has always existed even in packed cities but is often hidden away from human eyes during the hustle and bustle of everyday life. 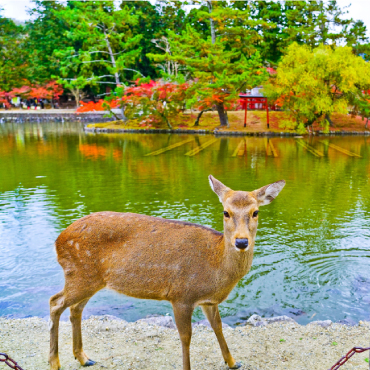 While it may not be entirely true that animals have suddenly bounced back after the lockdown, the fact remains that many of them that live side by side along humans have gotten bolder to explore after the sudden drop in human activity. That is the case in Nara Park, Japan, where the sika deer (which look like the cartoon character Bambi) have grown accustomed to tourists feeding them rice crackers all year-round. Now that the park is devoid of human visitors, the deer have begun wandering into the city looking for food. They’ve been spotted crossing city streets and walking through subway stations, snacking on potted plants!

Dolphins bring gifts to humans on the shores of Australia 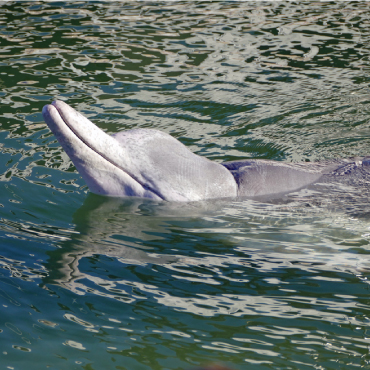 While most animal reappearances have been credited to human activities, the touching tale of dolphins in Australia seems to be an exception to the rule. According to local news reports, the humpback dolphins at the Barnacles Cafe & Dolphin Feeding at Tin Can Bay, Queensland, sorely miss their human friends. Dolphins are known to be highly intelligent and social creatures and these particular dolphins have been trained by the locals to fetch “gifts” from the sea (like barks, sea sponges and coral pieces) in return for fish. Now that the humans are gone and the cafe is shut, the dolphins have been leaving their gifts on the shores.

A Reminder That We Are Not Alone

Along with the spotting of wildlife across the world, there are an overwhelming number of stories of how the levels of air and water pollution have dropped drastically during the lockdown. A recent report showed how the Yamuna river is the cleanest it has been in three decades thanks to reduced human activity. Meanwhile, people were astounded to see the Himalayas with their naked eye all the way from Jalandhar, Punjab, which is well over 200 km away from the mountain range. All this and more should serve as a staunch reminder this World Environment Day that even after we tackle the coronavirus problem, we still have to be mindful of the way we consume resources and treat our fellow cohabitants that share this beautiful planet with us.

Like what you see? Explore other similar posts from The Learning Tree:

What Caused the Australian Bushfires?