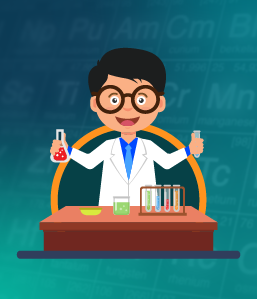 2019-The Year of the Periodic Table

Hennig Brand in 1669, tried to create a material which could turn metal into gold, which is famously referred to as Philosopher’s Stone. In his series of experiments, one attempt led to the formation of a liquid which had the capability of bursting into flames – this is where the first discovery of phosphorus happened!

Two centuries later, the world had witnessed the discovery of close to 60 chemical elements. In 1869, Dimitri Mendeleev, a Russian chemist, mapped all these 60 elements onto a table based on their weights and properties. He called it, “An Attempt at a System of Elements, Based on Their Atomic Weight and Chemical Affinity”. This became a breakthrough invention because of its amazing ability to put such enormous information under one single roof.  For this discovery, he is now popularly known as the Father of the Periodic Table.

It has come to be regarded as one of the greatest scientific contributions of all time. Today, it’s one of the first things people learn about chemistry. It’s in every textbook. It’s on the walls in your chemistry lab and maybe even your classroom!

The periodic table has become an icon of science. Its rows and columns provide a tidy way of showcasing the elements—the ingredients that make up the universe. It’s an amazing tool that can compress a huge amount of information into one format.

Why should we care about the periodic table or about elements in general? It’s because the elements on the table make up EVERYTHING in nature – from the smallest grain of sand to the tallest building on earth. Understanding the periodic table, even at a basic level, helps us understand the world we live in and how we can make it more sustainable.

The year-long celebration of the periodic table coincides with the 150th anniversary of when Dmitri Mendeleev first arranged the known elements into an orderly system based on their properties. The United Nations General Assembly during its 74th Plenary Meeting proclaimed 2019 as the International Year of the Periodic Table of Chemical Elements. This gives people the opportunity to reflect upon many aspects of the periodic table, including its history, the role of women in research, global trends and perspectives on science for sustainable development, as well as the social and economic impacts of this field.

CONTEST UPDATE: THE QUIZ IS OUT! Go to ” START THE QUIZ” to participate.