Drawing and Distribution of Data (Definition, Types and Examples) - BYJUS

Drawing and Distribution of Data

The shape of the graph obtained by plotting all the points on a graph is known as the distribution of the graph. We can categorize graphs according to the type of distribution exhibited by the pints. Here we will learn certain types of distributions along with their examples....Read MoreRead Less

Drawing and Distribution of Data

When all possible values are plotted on a frequency graph, the shape of the graph is the distribution of the data set (showing how often they occur). In most cases, we won’t be able to collect all of the data we need for our variable of interest. As a result, we take a sample. The results of this sample are used to draw conclusions about the entire data set. To ensure that the results of our sample accurately reflect the entire data set, we must first comprehend the limitations of sampling. 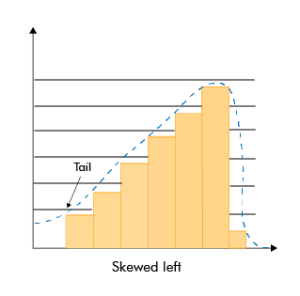 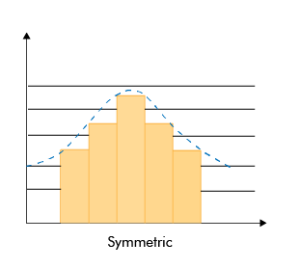 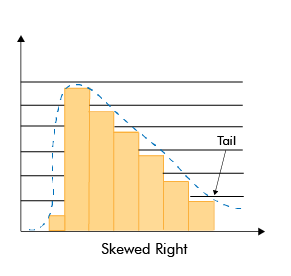 The mean absolute deviation (MAD) is calculated using the mean.

The interquartile range (IQR) is calculated using quartiles. When describing a skewed data distribution, use the median to describe the centre and the IQR to describe the variation.

The diagram below shows Box-and-Whisker Plot:

The steps to create a Box-and-Whisker Plot are shown below:

Step 1: Arrange the given data into ascending order.

Step 2: Draw a number line that has the lowest and largest values of the given series. The points above the number line are known as the five-number summary.

Step 3: Using the quartiles, draw a box. Draw a line through the middle of the graph. Draw whiskers from the bottom of the box to the top of the box, indicating the smallest and largest values.

Example 1: The age distribution of people watching a comedy in a theatre is depicted in the frequency table. A histogram can be used to visualize the data. Then describe the distribution’s shape. 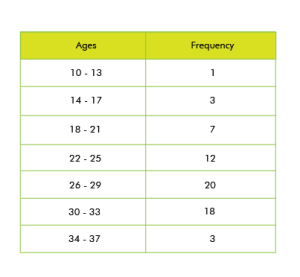 Answer: Make the axes and label them, then draw the bar to represent the interval frequency. 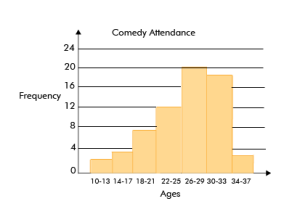 The majority of the information is on the right, with the tail extending to the left. Hence, the data is skewed-left distribution. 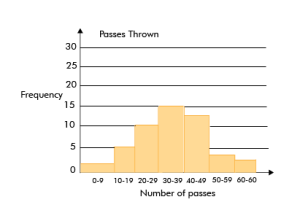 Answer: The graph’s left side is almost a mirror image of the graph’s right side. As a result, the distribution follows a symmetrical pattern. 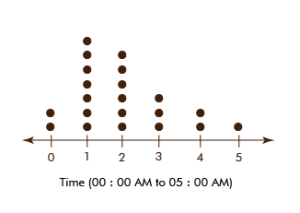 Answer: The majority of the information is on the left, with the tail extending to the right. Hence, the data is skewed-right distribution.

Example 4: The dot plot depicts the average number of hours each class member sleeps each night. Describe the data set’s center and variability.

Answer: The majority of the data values are clustered around 9 on the right, with the tail extending to the left. Because the distribution is skewed to the left, the median and interquartile range are the best ways to describe the center and variation.

The data is centered on an 8.5-hour period. The data in the middle half varies by no more than 1.5 hours.

Example 5: The body mass index (BMI) of a sixth-grade class is depicted in this box-and-whisker plot.

(a) Is the data more evenly distributed below or above the first quartile? Explain.

(b) Find and interpret the data’s interquartile range.

(c) What percentage of the students have a BMI of 22 or higher?

(a) The right whisker is slightly longer than the left. As a result, the data are more dispersed above the third quartile than below the first.

(b) Third quartile – first quartile = 22 – 19 = 3 interquartile range. As a result, the BMIs of the middle half of the students differ by no more than 3 points.

How do you state the distribution of data?

What is normal data distribution?

What is data distribution?

A data distribution is a function or a list that displays all of the data’s possible values (or intervals). It also tells you how often each value occurs (which is very important). concepts. By looking at what your child is doing correctly and which concepts they understand, you can determine ways to practice areas that they are still developing.