Fluency and Strategies for Subtraction of Numbers (Definition, Types and Examples) – BYJUS

Fluency and Strategies for Subtraction of Numbers

Subtraction is the process of removing a smaller number from a bigger number to find the difference between the two numbers. The best way to perform subtraction faster is to improve our fluency in numbers. Having a good understanding of addition also helps us perform subtraction easily. We can use different strategies like counting with fingers, decomposing numbers, and so on to find the difference between two numbers....Read MoreRead Less

Fluency and Strategies for Subtraction of Numbers

Subtraction is a mathematical operation where a number having a smaller value is removed from another number with a  greater value. In the figure given below, there are a total of nine toy helicopters. After deducting four of the red toy helicopters, we are left with five of the toy helicopters of the other color. 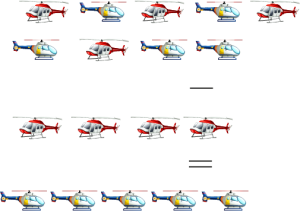 We are already aware of the number line and the type of calculations that can be done using the same. When adding two numbers, we shift the given number of units to the right. For example, when adding two and one, the following is observed on a number line.

We get the answer as three when we shift one unit to the right after adding one. When subtracting two numbers, there is a slight change in the movement. If we were to subtract one from two, we first move two units to the right side of the number line, and then we move one unit to the left.

There is a connection between addition and subtraction.

Take a look at this sum.

So, if the sum total of two numbers is provided, subtracting one number from the sum total gives us the other number. For instance, check the examples below.

Now, we will discuss how we can decompose a number using subtraction. Let’s consider the subtraction of two numbers, ‘15’ and ‘8’. Using decomposition, the results will look like the following:

Next, we subtract the number that was split from thirty.

So, first, we subtract ten from thirty

This gives us ‘20’. Next, we subtract eight from twenty.

Example: Represent the results of the following subtractions on the number line and also by using the decomposition method.

Part 1: Using the decomposition method, we split the numbers into multiples of ten and single digits.

In the number line, initially, we move up by twenty units. After this, ten units are removed. This means the dot moves to the left by ten units.

Afterward, the position moves down by four units.

First, we deduct ten from eighteen. This gives us ‘8’.

Now, we deduct three from eight, and we get the following result.

How is a number line useful?

How is the decomposition method useful, especially while plotting points on a number line?

Decomposition is a method where a number is split into multiples of ten and a digit. This ensures that plotting the points is much easier. Usually, the multiple of ten is initially removed, followed by the digits. It is much easier to start with multiples of ten because the point under consideration lands on another number with the same units place. Next, a few digits are subtracted to get the final answer. Therefore, using the decomposition method is not necessary, but it makes the process much easier.