An angle is a figure formed by two rays that have a common endpoint. We measure angles in degrees using pattern blocks or using an instrument called the protractor. But we can find the measure of angles even without the use of instruments; we can apply the properties of angles to find the value of unknown angles. Learn more about properties of angles and how they can be used to find the measure of unknown angles....Read MoreRead Less

An angle is a figure formed by two rays meeting at a single terminal point. The symbol “∠” represents an angle, and angles are is commonly measured in degrees. Angles also form parts of a complete circle. A whole circle can be broken into several angles composed of the radii of the circle. The overall angle will be 360° if all of the angles are fitted together without overlapping. Angles can be combined to form bigger angles, as well as separated into smaller ones.

When two angles have a common side and a shared vertex but no other points in common, they are said to be adjacent. When two or more adjacent angles form a bigger angle, the total of the measures of the smaller angles equals the measure of the larger angle.

Adjacent angles are two angles that are nearby to each other but do not overlap. To construct a greater angle, combine these angles together. Adding angles and numbers is the same thing. As long as the angles do not cross, we can add two or more angles. Given below are two adjacent angles named, MON and NOP.

In these two angles, O is the common vertex.

The sum of these angles is: 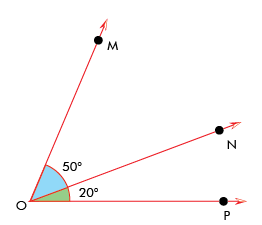 In the following scenario, we need to find the value of ∠RUP. 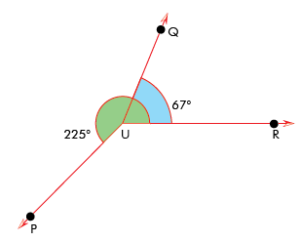 If we were to add the sum of all the angles together. We would get 360°. The 360-degree angle is also known as a full or a complete angle.

To find ∠RUP, we ned to subtract the sum of the given angels from 360°. This is because 360° forms a circle around a point.

The following data is already given.

Therefore the value of the angle RUP is 78 degrees.

When the total of two angles equals 180 degrees, they are called supplementary angles because they form a linear angle when combined.

When the sum of two angles equals 90 degrees, they are considered to be complementary angles and produce a right angle when combined. 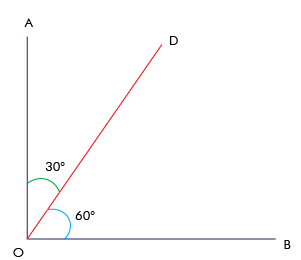 Find the value of the missing angle. 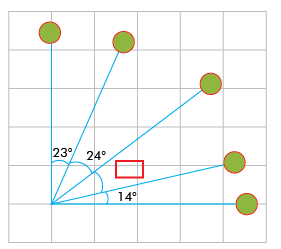 The given set of angles forms a complementary angle. This shows us that the sum of all the angles is equal to 90 degrees.

Therefore the missing angle is 29 degrees.

Find the unknown angles in the figures given below: 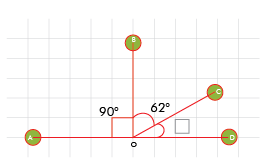 In the first question, we need to find the value of ∠COD

The given set of angles forms a supplementary angle 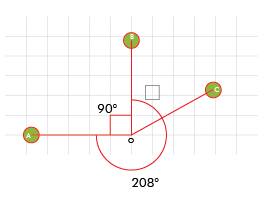 In the second question, we need to find the value of ∠BOC

The given set of angles forms a complete angle.

This shows that the pie was cut at 90 degrees from the centre. 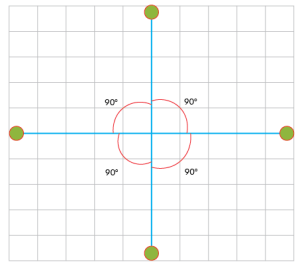 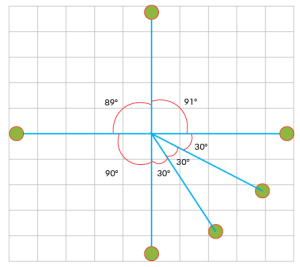 Therefore, the angle of the last three apple slices is 30 degrees each.

Tori was playing with a special cylindrcal shaped puzzle with six pie-shaped pieces with different angles as shown in the figure. She was playing a game with her friends where each piece of the puzzle was given as a prize to answering a few questions. She has reached the last round, and the final piece will only be awarded to her if she figures out the measure of the angle of the last piece. Find the measure of this angle? 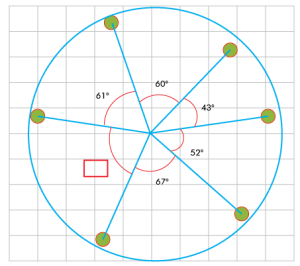 As the top of the pie resembles a circle, we know that the the su, of all the angles at the centre would be 360 degrees. The angle of the missing piece can be found out by deducting the sum of all the other angles from 360 degrees.

The angle of the missing piece is 77 degrees.

What is a right angle?

What is the difference between supplementary and complementary pairs of angles?