It is easier to learn the meaning of numbers by relating them to objects around us. For example, the number 5 can be represented using 5 apples. But when it comes to multi-digit numbers like 55, each 5 has a different value. The difference in the value of a digit according to its place value can be demonstrated using various models....Read MoreRead Less

Let’s take the number 3333, for instance. The value of each digit is demonstrated below. From the extreme right, the first digit is in the ones place and it’s represented by three cubes. The next place is the tens place, where each column has 10 cubes each, which is  30 cubes. Next, in the hundreds place,  300 cubes are represented by 3 sheets where each sheet has 100 cubes. Finally, in the thousands place, there are three blocks, where each block has 1000 cubes. 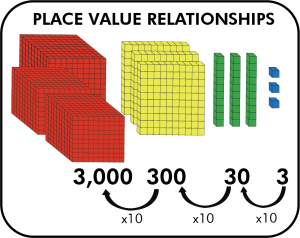 Let’s take the number 345 and represent it using cubes. 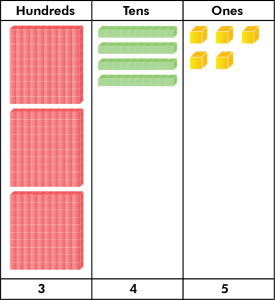 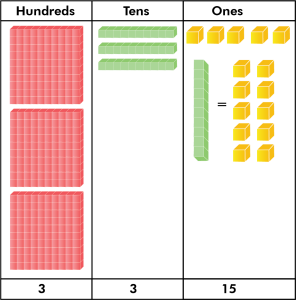 We can only shift the cube from a higher value to a lower value. We can move a cube from the tens place to the ones place, but the reverse cannot happen. For instance, a one cannot be moved to the tens place as it has not been compensated for the remaining 9 units. Only then can it be grouped to form a ten. 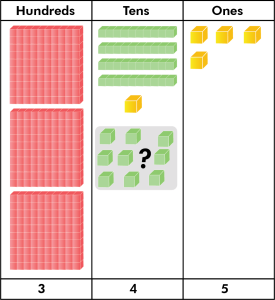 If we take another example, like the number 154, this is what it would look like in a place value table. 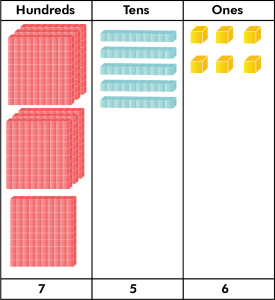 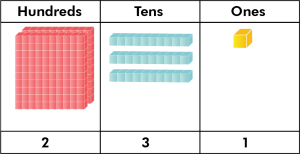 Why do we use base ten blocks to represent numbers?

The base ten blocks help visualize and understand place values and their importance.  It helps students strengthen their knowledge such that it becomes easier to learn about regrouping, and other operations such as addition, subtraction, division, and multiplication.