All living organisms respond to stimuli. The ability to react to a particular stimulus in a particular situation is of great importance, in ensuring the survival of the organism. In AP Class 10 Biology chapter 5 Coordination, we learn about the coordination system of a human body. Nervous system and endocrine system are the two systems that control and coordinate various functions in the body.

Classification of the Nervous System 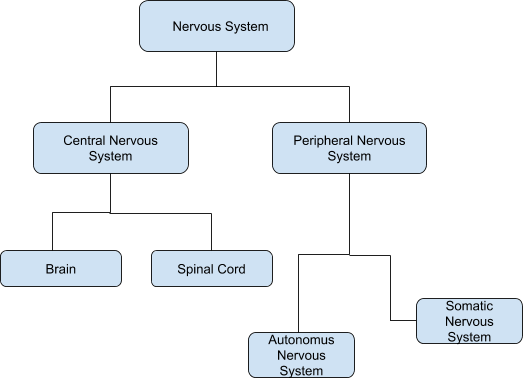 The responses of the nervous system are classified as:

The endocrine system comprises glands that produce and secrete, chemical substances and hormones that regulate the activity of cells or organs. They are responsible for regulating the body’s growth, metabolism, and sexual development and function. The amount and timing of hormones released by endocrine glands are controlled by the feedback mechanism, which is inbuilt in our body. In the table below, various hormones secreted by different organs in the body and their function are listed. 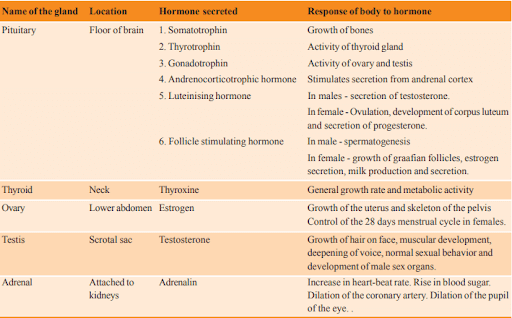 In the next section, let us look at a few chapter questions to better understand the concepts discussed here.

The point of contact between two neurons is synapse.

Thyroxin is responsible for the general growth rate and metabolic activity.

2. What are afferent neurons?

Answer: Afferent (or ferrying towards) which carry messages towards the central nervous system (spinal cord or brain) from nerve endings on the muscles of different sense organs that sense the change in surroundings are called stimulus detectors. These are also called ‘sensory’ nerves.

3. What are functions of the cerebrum?

Answer: Functions of cerebrum are given below:

Stay tuned to BYJU’S to get the latest notification on SSC exams, along with AP SSC model papers, exam pattern, marking scheme and more.