Anatomy And Morphology Of Animal Tissues 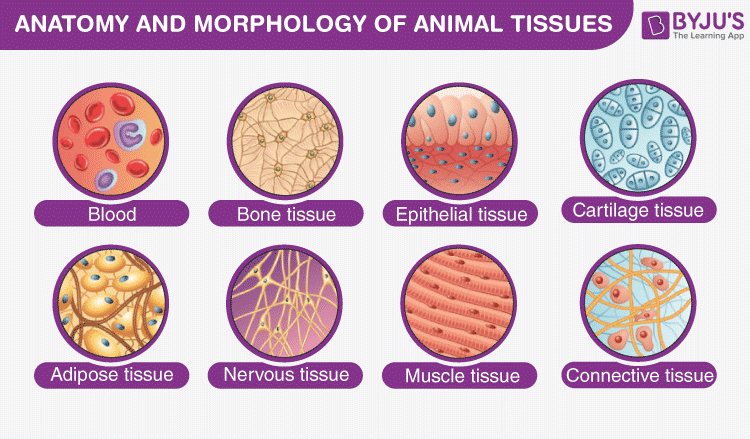 The term anatomy is the study of the structure or internal workings of an organism.

The term morphology mainly deals with the study of the forms and the external structures of any living organism, which includes the shape, size and structure. There are three main types of morphology :

To better understand the anatomy and morphology of animal tissues, the example of a cockroach has been used. Periplaneta Americana happens to be the most common species of cockroach and is generally brown.

Let us learn in detail about the Anatomy and Morphology of a cockroach.

Anatomy and Morphology of Cockroach 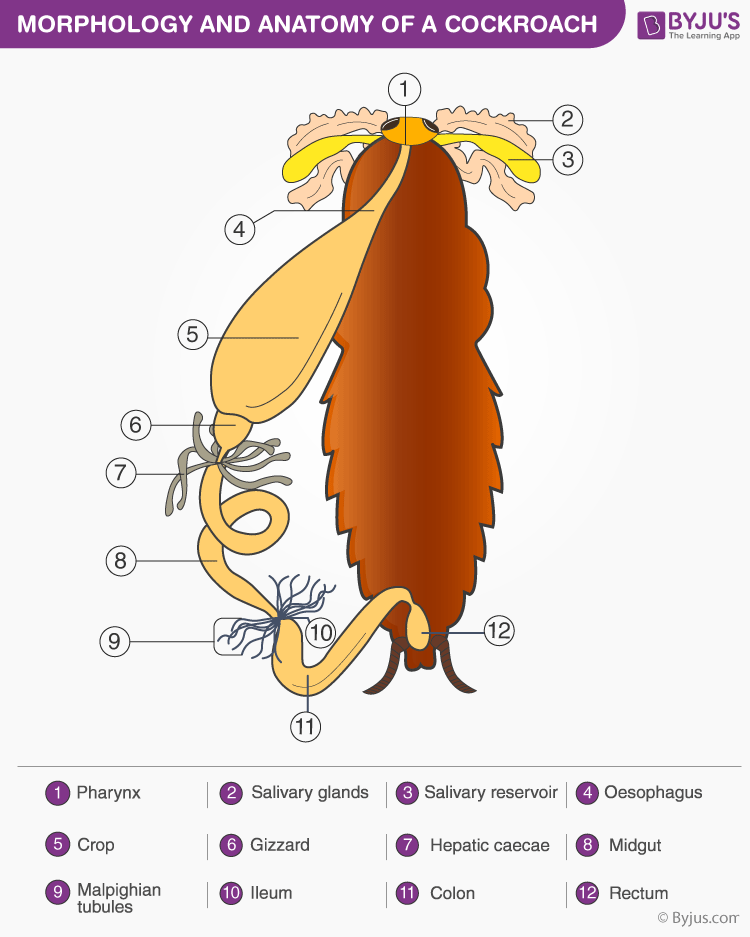 Compared to other insects, the cockroach morphology is easy to understand. The length of an adult cockroach generally ranges between 34 – 53 mm long with wings, extending beyond the tip of the abdomen in males. The cockroach includes all the basic body features including the eyes, a mouth, brain, heart, salivary glands, antennae, colon, reproductive system, gastric caeca, legs, mid-guts, oesophagus, fat bodies, and malpighian tubules. These insects have a pair of eyes which possess more than a thousand lenses, allowing them to see multiple things at the same time.

The body of the cockroach is segmented into three distinct regions, head, thorax, and abdomen. The external region of the cockroach’s body is covered with the brown coloured hard exoskeleton, which is composed of chitin. In each segment, the exoskeleton has hard plates called sclerites. There are two types of sternites – dorsal and ventral which are joined together by a thin and flexible articular membrane and is called as the arthrodial membrane.

When it comes to its anatomy, we begin with the alimentary canal that helps with digestion. It is further divided into foregut, midgut, and hindgut. The first is muscular and helps crush the food; the second secretes digestive enzymes and the last plays a role in the absorption of water and salts. The blood vascular system happens to be open and poorly developed. The respiratory system is a network of the trachea that opens through ten pairs of holes called spiracles, and thin branching tubes carry oxygen to all parts. Now coming to the reproductive system, males and females have separate ones, hence dioecious.

In cockroach, the male reproductive system comprises a pair of testes from which a thin vas deferens emerges. It opens into the ejaculatory duct, which further opens into male gonopore. Male gonapophysis represents external genitalia composed of chitin and are asymmetrical. The sperms are stocked in the seminal vesicles. These spermatophores are released while copulation takes place. On the other hand, the female reproductive system of cockroach comprises two large ovaries. Each ovary is clustered of eight ovarian tubules or ovarioles containing a chain of developing ova. Oviducts from each of its ovaries fuse into a single median oviduct called the vagina, opening into the genital chamber.

Anatomy is the study of the structure or internal workings of an organism.

The term morphology mainly deals with the study of the forms and the external structures of any living organism.

3. What are the types of morphology?

To know more in detail about the Anatomy and Morphology of different living species visits BYJU’S.