All the vertebrate animals possess skeleton as it helps them in providing support and plays a vital role in protecting both interior organs and their tissues. The Birds skeletal system resembles that of other animals but it is too light weighed, which is required by them to fly while having necessary body support. 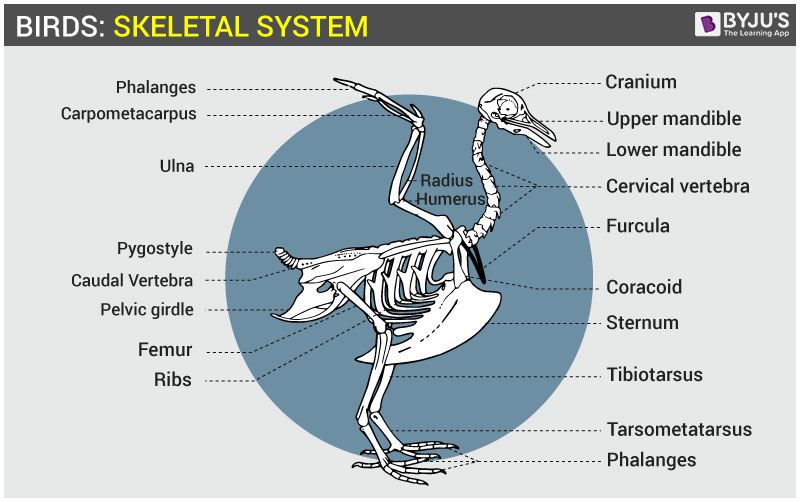 As compared to mammals, the skeletal system of birds is light weighted. But they are sufficiently strong to overcome the stresses they face during flight and landing. Also, the numbers of bones are far lesser than reptiles and mammals.

Bones of birds are hollow which makes them light-weighted while internal struts or cross walls make them strong. But penguin-like birds have solid bones, hence, they can’t fly.  Hollow bones contain air spaces in them. These allow more oxygen absorption and provide the extra energy needed for flight. Numerous bones fused together to reduce the count and make the bird’s skeleton rigid.  Breastbone (keel-shaped sternum) its large surface area provides the attachment for muscles for flight. Breast bones are fused collarbones (furcula or wishbone).

Here are some unique features of Birds – Skeletal System. 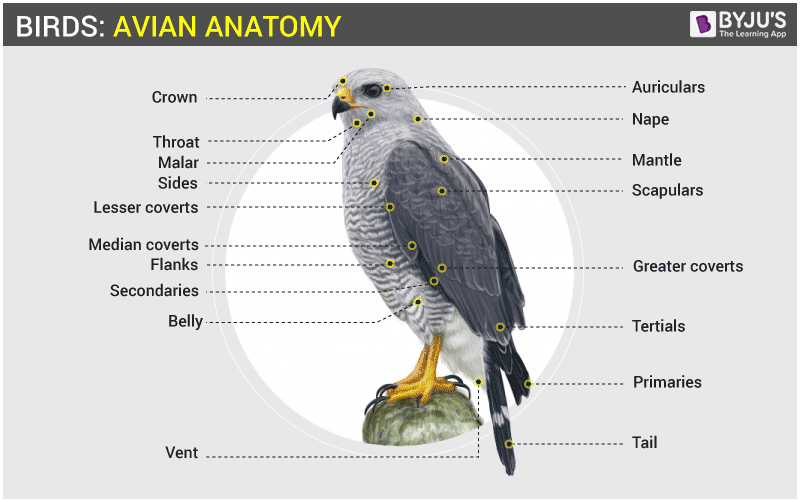 The avian respiratory system consists of hollow bones with air cavities called pneumatic bones. These include skull bones and trunk bones. Skull bones are continuous with nasal cavities. Trunk bones involve vertebrae, pelvic bones, and breastbones. The number of cervical bones (neck bones) is much more than mammals. Around 13 to 25 cervical bones are present in them and their flexibility helps to brush their feathers. Medullary bones like shoulder bones, pubic bones, limb bones is another vital bones. They are the source of calcium in egg-laying birds. Calcium provided by medullary bones makes eggshells thick and strong.

Aves are toothless vertebrates so they do not have heavy or strong jaws. Limb organizations in aves are much similar to humans with modifications. The majority of them have four toes but in some count limited to three. Although the number of toes is the same their arrangements vary in different types. For instances, birds like parrots, owls, etc. out of four, two toes pointed forward and two at back while in perching ones three are at the front and one at back.