Difference Between Tissues and Organs

We all know all living things are composed of cells, and a group of cells make up tissues. Organs are formed when several tissues that have the same structure and function work together in the human body. The main difference between tissues and organs is their functionality. The tissues can only do relatively simple tasks or activities, whereas, an organ is much more complex and is capable of performing many advanced processes and functions at a time. 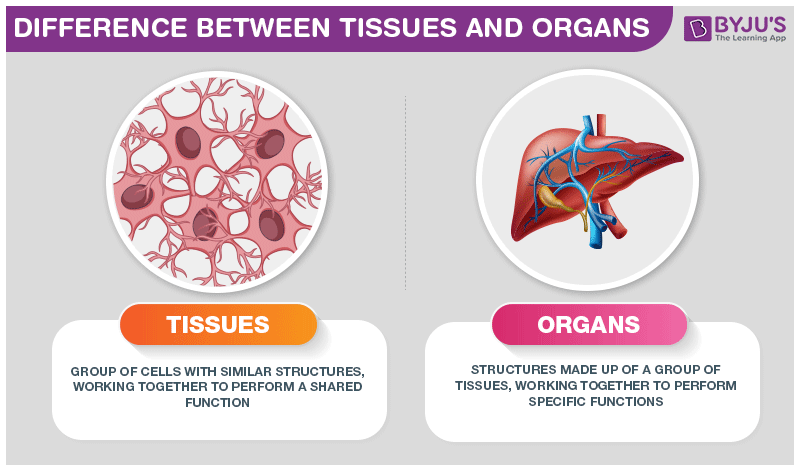 Difference Between Tissues and Organs

Tissues are formed from cells that have the similar structure and functionality. Organs are formed from a variety of tissues and they exhibit more complex functions and features necessary for life.