Difference Between Virus And Bacteria

We have learned about different types of microbes and their benefits to humans. We have also learnt about the various diseases they cause and their repercussions.

Of the many types of microbes, bacteria and virus cause a majority of the diseases. These can range from mild illness such as the common cold to severe medical conditions such as necrotising fasciitis (also called flesh-eating disease). 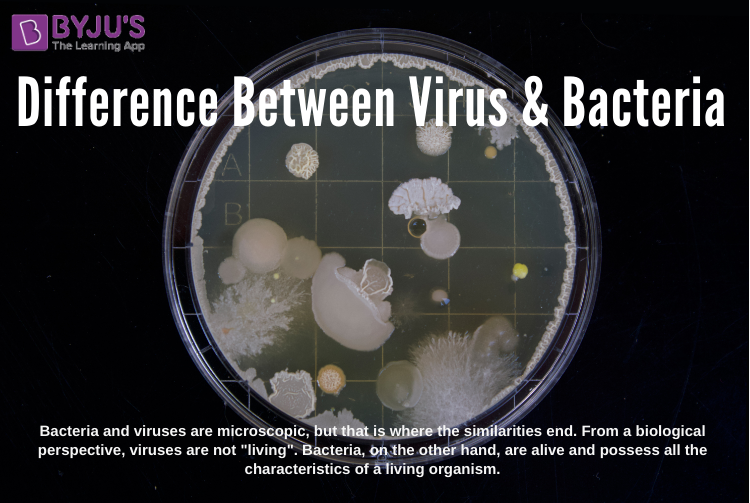 However, they are vastly different from each other in terms of physiology, morphology, and anatomy. Therefore, it is essential to learn the difference between virus and bacteria.

Difference Between Virus And Bacteria

Bacteria and viruses differ significantly. Major differences are as follows:

Bacteria are prokaryotic microorganisms. They are found everywhere. They can survive even the harshest of conditions such as hot springs, deep ocean, snow and even in the volcanos. Disease-causing bacteria are known as pathogens. 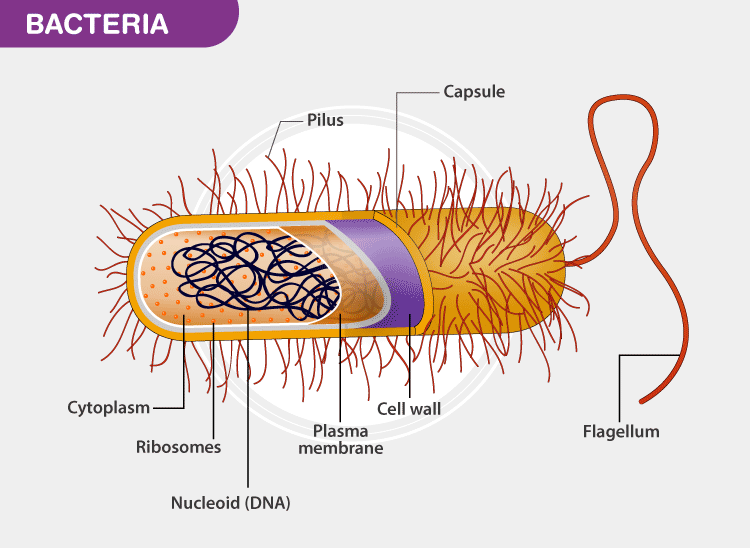 Bacteria play a very important role in the ecosystem. They are widely used in the medical and agricultural industries.

Virus are extremely small entities which contain either RNA or DNA as the genetic material. They are also smaller than most bacteria. 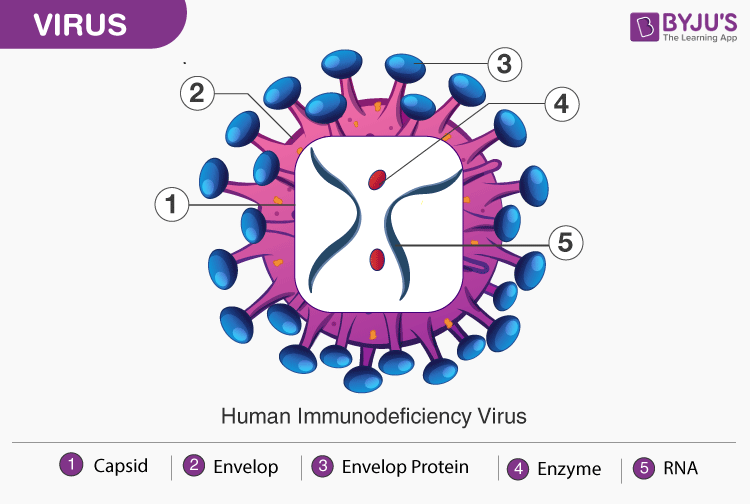 Virus are not fully acknowledged as living organisms as they cannot survive outside a host. Anatomically, a typical virus is girdled by a protein coat that is enclosed by a membrane made of proteins. In some virus, this protein coat is covered by a lipid membrane called the viral envelope.

Learn more about the difference between virus and bacteria, or other related topics only at BYJU’S Biology

Q.1. Why antibiotics do not work on viruses?

A.1. Antibiotic target cellular structures and proteins present in the bacteria.

A.2. Viruses cannot live outside the host. They utilise host machinery to perform vital functions.

A.4. Bacteria are used in various processes and industries:

Q.5. Name the bacteria, which are resistant to antibiotics.

A.5. Most of the bacteria are not resistant to antibiotics, but some of the bacteria such as Neisseria gonorrhoea and Staphylococcus have shown to develop resistance to benzylpenicillin.

Test your Knowledge on Virus And Bacteria!
Q5