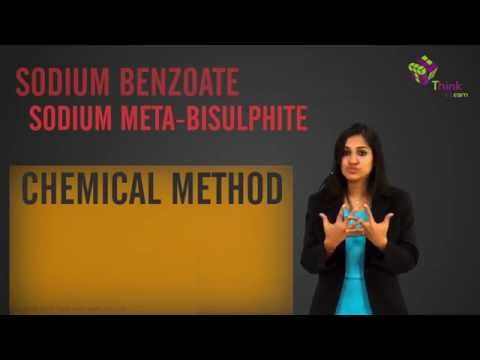 Let us get introduced by oxymoron. Oxymoron is a figure of speech in which two opposite meaning words are joined. For example silent scream. In biology, we have a word food poisoning. Here food and poisoning both the words are used at the same time. But how can food be poisonous when it is essential for survival. Food is poisonous when microbes infect it. The growth of microorganism produces toxic substances that can lead to stomach infection as well as death.

1) Salmonella: These are found in contaminated chicken and egg. Food made by it leads to food poisoning.

2) Escherichia Coli: It lives in our small intestine without giving any harm to the body. Once it gets into another part of the body, it causes a lot of problems. This bacteria mainly spreads through untreated sewage water. Click here to know about sewage water treatment. Food cooked and washed by the untreated after having Escherichia coli in it which cause diseases.

Food kept in the open space rot easily. This is because bacteria attacks the food. On consumption of these kinds of food, we fall sick. Some food which smells bad or looks bad in appearance may not always be spoiled. It may be safe to eat but looks bad because of air.

Food should always be kept covered to protect it from bacteria. Another solution to keep food of good quality is to preserve it in the refrigerator. Refrigerator helps in lowering temperature which inhibits the growth of microbes. Frozen food may be preserved for maximum 3- 4 months. After this, it loses flavor, appearance, and vital nutrients and becomes harmful to eat.

Another method for preservation of food can be noticed by seeing pickles. They can be stored for a long time without getting a bad taste. In pickling, we use high acid solution, or vinegar or a natural process called fermentation. The growth of microbes is reduced by this method. Salt is the essential ingredient of the pickling process.

Salt pickling method can be of two types:

Pickling with vinegar is a much easier process than salt pickling. In this method, vegetables are kept in a brine solution for some time and, later on, it is boiled in the vinegar solution and kept in jars. Vinegar is a form of acetic acid which maintains the acidity of the solution so that no microbes survive in it.

Why not use a wet spoon while taking pickles?

It adds moisture to the pickle. The fungus grows quickly on the wet surface and spoils the pickles.

Now let us learn about one of the most important cycle of nature i.e. nitrogen cycle.

Nitrogen is an important gas for the survival of living organism. It is used in the production of complex organic molecules like amino acids, proteins, and nucleic acids. Nitrogen is found as gas in the environment while it is also found in organic matters of soils and in oceans. These are abundantly found in nature but still they are the most limited nutrients forms. This is because plants utilize in two solid forms namely ammonium ions (NH4+) and nitrate ions (NO3–). Plants consumes nitrogen mainly in the form of nitrates because if ammonia is consumed in high concentration it becomes toxic. Animals consumes nitrogen by the organic matters.

This cycle starts with the elemental nitrogen in the air. Nitrogen oxides are formed by the combination of nitrogen and oxygen molecule at high temperature and pressure. This kind of condition is found near the lightning bolts and in combustion reaction in plants or internal combustion engines. Nitrogen dioxide may react with water to form nitric acid (HNO3). In the nitrogen fixation process nitrogen present in the air is converted into a biological matter by the action of algae and bacteria. Legume plants like soya beans and clover converts the nitrogen in air to ammonia. Ammonia is further converted into nitrate ions. These nitrate ions are utilized by plants as a fertilizer for growth.

Nitrogen and hydrogen are reacted together under great pressure and temperature in the presence of catalyst to form ammonia.

2) They can be further processed to form nitric acid.

3) Ammonium and nitric acid produces ammonium nitrate which can be used as a fertilizer.

Animals and plants waste decomposes to form nitrate. These nitrates are converted back to nitrogen by the action of bacteria in the soil. This process is known as denitrification. Nitrous oxide is found as a byproduct. This gas is known as laughing gas, acts as a mild anesthetic and is a green house gas.

Let us summarize the points learned above. Some microorganisms are good while some are bad and harmful. There is a table given below which tells about the microorganism and the diseases caused by them.

There are also some plant disease caused by microorganism. Some of them are shown in the table given below:

Various kinds of antibiotics are used in the prevention of bacterial diseases. Alexander Fleming was the first person to invent the antibiotics. Penicillin was the first antibiotic found, which was used for bacterial infection. Vaccination is another preventive measures which stimulates individual immune system to fight against foreign microbes. Food poisoning happens due to harmful microbes infecting food. This can be reduce by using various preservation method like pickling, salting etc.

In this article we got a brief idea about the microorganism, food poisoning, various food preservation method and nitrogen cycle. To know about all these watch the video.’