Bromine is the third lightest of the halogens and exists as both a reddish-brown liquid and a reddish-brown gas at normal room temperature. Since the elemental Bromide is extremely reactive, it does not materialise freely in nature. It is available as a soluble colourless halide crystalline mineral salt, similar to table salt.

How to draw Lewis Structure for Bromine

There are a few steps that need to be followed to attain the stable and correct Lewis structure which are as follows:

1. Determine the total number of electrons in the valance shells of bromine atoms.

The bromine molecule contains only one element. In the periodic table, bromine is a group VIIA element with seven electrons in its last shell.

2. Total electron pairs exist in the form of lone pairs and bonds.

Total electron pairs are calculated by dividing the total valence electron count by two. In the valence shells of the Br2 molecule, there are a total of seven pairs of electrons.

There are only two atoms and they both belong to the same element, therefore, the central atom will be bromine only.

5. If there are charges mark them.

There are no charges in the molecule of bromine.

6. To obtain the best Lewis structure, check the stability and minimise charges on atoms by converting lone pairs to bonds.

It can be checked by using the formula-

Since the overall formal charge is zero, the above Lewis structure of Bromine (Br2)is most appropriate, reliable, and stable in nature. 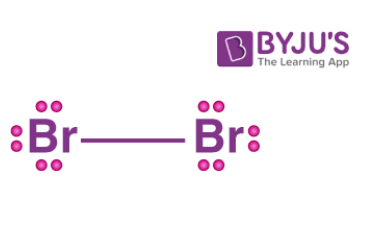 Both Bromine atoms have 7 electrons in their outermost valence shell in the case of Dibromine, or Br2. To attain stability and complete the octet, two Bromine atoms combine together.

Dibromine’s molecular geometry is linear due to the presence of atoms of the same element, the compound has a symmetrical shape, and the bond angle is 180 degrees.

The general formula for calculating a compound’s hybridization is:

Hybridization of a molecule = No. of sigma bonds + No. of lone pairs

As a result, the hybridization of Br2 is sp3. It has a linear structure.

Br2 (Bromine) is nonpolar because both bromine atoms in this molecule have the same electronegativity, resulting in equal charge distribution and a net-zero dipole moment.

Why does bromine have 7 valence electrons?

How many dots should there be in a bromine atom’s Lewis symbol?

In bromine’s atom Lewis electron dot diagram there should be seven dots arranged correctly, as it has seven valence electrons. 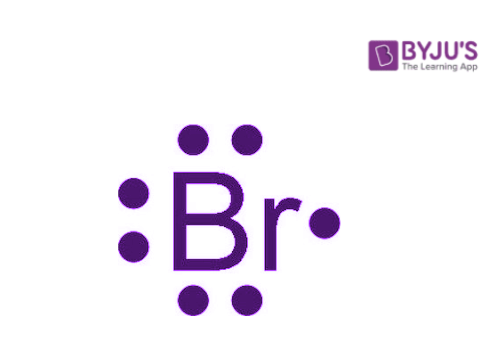 Why is Br2 classified as a nonpolar molecule?

The bromine molecule has a geometrical structure that is linear. Additionally, it contains two bromine atoms. When two atoms in a molecule have the same electronegativity value, they have the same influence on bonded electrons. As a result, both atoms have an equal charge distribution.

What is the hybridization and electron and molecular geometry of Br2?

The hybridization of bromine molecule is sp3 and electron and molecular geometry of Br2 is linear with the bond angle 180°.

What type of bond is present in the molecule of bromine?

The bromine atoms are bonded by the single covalent bond in the Bromine molecule.