Is Cellulose a Carbohydrate?

Carbohydrates are biological molecules composed of carbon, hydrogen, and oxygen in one carbon atom(C) to one water molecule (H2O) ratio. They get their name from their chemical composition: carbon (carbo -) plus water (- hydrate). Carbohydrate chains vary in length, and biologically important carbohydrates are classified into three types: monosaccharides, disaccharides, and polysaccharides.

Cellulose is an example of a Carbohydrate as it is made of polysaccharides.

Polysaccharides – A type of Carbohydrate

A polysaccharide is a long chain of monosaccharides linked by glycosidic bonds (poly– = “many”). The chain can be branched or unbranched, and it can contain various monosaccharides. Depending on the number of monomers joined, the molecular weight can reach 100,000 daltons or higher. Polysaccharides include starch, glycogen, cellulose, and chitin as primary examples.

Cellulose [(C6H10O5)n] is a natural organic compound that is the most abundant biopolymer on the planet. It is a polysaccharide or complex carbohydrate made up of hundreds to thousands of glucose molecules linked together to form a chain. Plants, algae, bacteria, and other microorganisms produce cellulose, whereas animals do not. Cellulose is the primary structural molecule in plant and algae cell walls.

Since human digestive enzymes cannot break down the glycosidic linkages in cellulose, humans are unable to digest it. However, some herbivores, such as cows, koalas, buffalos, and horses, have specialised microbes that aid in cellulose processing. These microbes live in the digestive tract and break down cellulose into glucose monomers that the animal can use. Wood-chewing termites use microorganisms in their guts to break down cellulose as well.

Why is Cellulose Considered a Complex Carbohydrate?

Cellulose is a polysaccharide, and has rigid structures that enclose the cells. Cellulose, is composed of unbranched chains of D – glucose monomers linked by 𝛃(1 → 4) glycosidic bonds. Since cellulose is made of glucose monomers in its natural state, it has very different properties. Every other glucose monomer in the chain is flipped in relation to its neighbours, resulting in long, straight, non-helical cellulose chains. These chains form parallel bundles that are held together by hydrogen bonds formed between hydroxyl groups. This is what gives cellulose its rigidity and high tensile strength, both of which are important to plant cells.

Properties of Cellulose – A Carbohydrate

Commercial Uses of Cellulose – A Carbohydrate 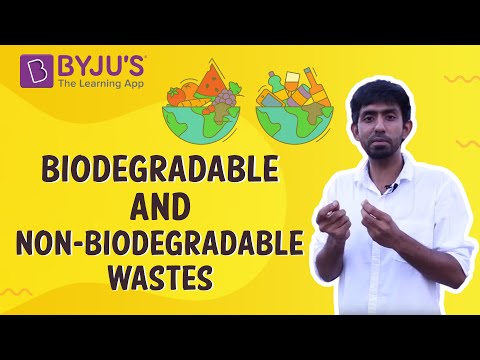 Frequently Asked Questions on Is Cellulose a Carbohydrate?

Is cellulose the same as carbohydrate?

Is cellulose is a type of protein.

No, cellulose is not a protein.

Cellulose is a polysaccharide made up of a linear chain of many linked D-glucose units, whereas proteins are made up of a number of amino acids linked together by a peptide linkage.

Is it possible to digest cellulose for human beings?

No, humans cannot digest cellulose because humans lack the enzymes required to break the beta-acetyl linkages. As a result, the undigested cellulose acts like fibre in our bodies, assisting in the functioning of the intestinal tract.

Is cellulose branched or unbranched?

Cellulose is the most common polysaccharide used in plant structure. Evidently, this is one of the most common organic compounds on the planet. Cellulose is a polymer composed of unbranched glucose residues linked together by beta-1,4 connections, allowing the molecule to form long, straight chains.

What causes cellulose to be insoluble in water?

Despite being hydrophilic, cellulose is insoluble in water and difficult to dissolve in common organic solvents due to inter-and intramolecular hydrogen bonding between the hydroxyl groups of neighbouring cellulose chains.