Ethanol is a common industrial chemical that is used as a solvent in the production of other organic compounds, and as a fuel additive. Many alcoholic beverages, such as beer, wine, and distilled spirits, contain ethanol as an intoxicating element.

Q-1: The general formula for alcohol is CnH2n+1 OH. What is the value of ‘n’ for ethanol?

Explanation: ‘n’ signifies the number of carbon atoms present in the compound. The prefix “eth” stands for the number 2. This implies that ‘n’ is equal to 2 for ethanol.

Q-2: When ethanol reacts with active metals, what is formed?

Explanation: The following is the reaction between metal sodium and ethanol:

The ultimate product of the process is hydrogen gas and sodium ethoxide (metal alkoxide).

Q-3: In ethanol, which of the following functional group is present?

Explanation: A functional group is a collection of atoms or bonds that characterise the chemical properties of the hydrocarbon to which they are linked.

The following is a list of some common functional groups and their representations:

Because ethanol belongs to the alcohol class, it has the functional group -OH.

Q-4: What causes ethanol to be so water-soluble?

Answer: Alcohols can establish hydrogen bonds with water molecules as shown, which explains their solubility in water. As the size of the alkyl (hydrophobic) group gets larger, solubility decreases.

Q-5: For the burning of ethanol, the balanced chemical equation is

How many moles of oxygen react with 6 moles of ethanol?

According to the given equation,

Q-6: The most stable conformer of 2-fluoro ethanol is

Explanation: Different conformers of 2-fluoro ethanol are shown below: 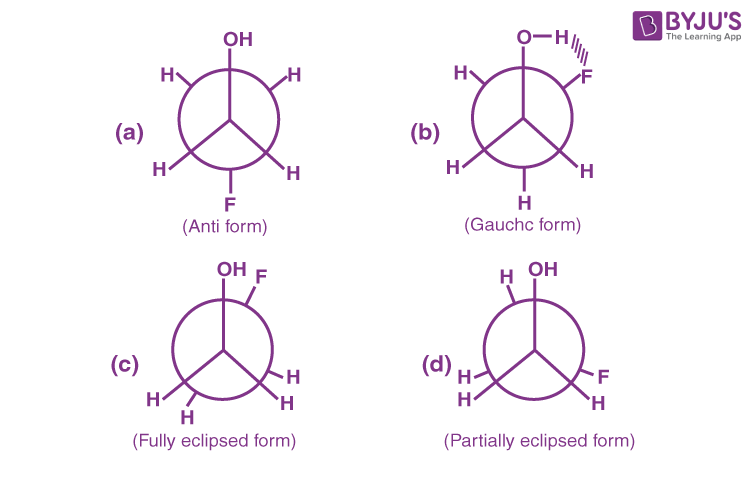 Gauche form is more stable due to the formation of H-bonding as shown.

Q-7: An isomer of ethanol is

Explanation: Isomers are molecules that have the same molecular formula but distinct atomic configurations.

Below table shows the structure of compounds given with their molecular formula:

Because the molecular formula of ethanol is C2H6O, its isomer is 1-methoxy methane.

Q-8: In order to get ethanol from formaldehyde, which grignard reagent is used?

The reaction between methyl magnesium bromide and formaldehyde(HCHO) is shown below:

Note: Grignard reagents are used to increase the carbon atoms in the hydrocarbon chain. Use that grignard reagent which consists of only one C-atom.

Answer: Denatured alcohol is ethanol that has been treated with additives to make it toxic, bad-tasting, foul-smelling, or unpleasant in order to discourage recreational use.

Its primary goal is to render it unfit for human consumption.

Q-10: Methylated spirits is a mixture of

Q-11: Which of the following microbe is involved in the alcoholic fermentation?

Explanation: The anaerobic conversion of fructose and glucose (sugars) to ethanol and carbon dioxide is known as alcoholic fermentation. Yeasts ,a few bacteria (Zymomonas mobilis) and fungus (Saccharomyces cerevisiae) are involved in the process.

Q-12: After fermentation, ethanol is recovered by

Q-13: How is ethanol prepared from alcoholic fermentation? Give the diagrammatic representation. 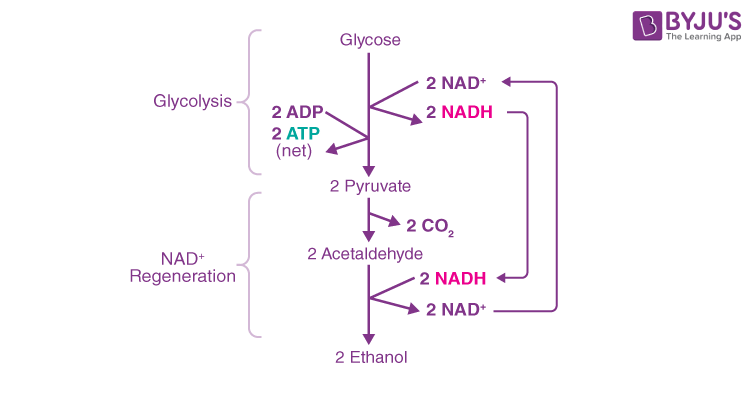 Answer: The conversion can be takes place as shown below:

Q-1: The temperature required for acid catalysed dehydration of ethanol is

Q-4: What are the various purposes of ethanol?

Q-5: The other name of ethyl alcohol is

Dehydration of Alcohols and The Mechanisms Behind it 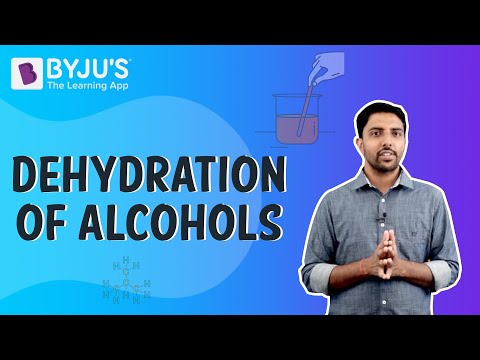 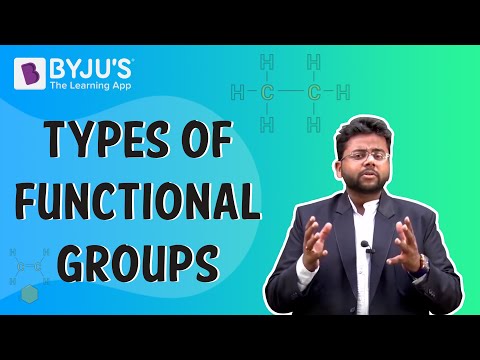