What is Raney Nickel?

Raney nickel, also known as spongy nickel, is a solid substance which is made up of nickel that is obtained from an alloy of nickel and aluminium. The primary application of this solid is its use as a reagent & catalyst for many hydrogenation reactions in the field of organic chemistry. This solid has a fine-grained texture. Among the different known grades of this substance, the majority exist as grey solids under ambient conditions. Raney nickel is named after its developer – the American mechanical engineer Murray Raney. 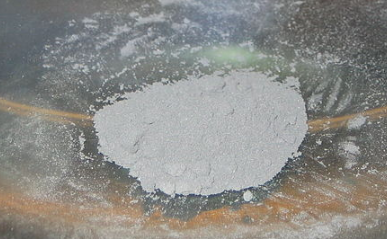 It can be noted that Raney nickel is sometimes referred to as “sponge metal catalyst” and as “skeletal catalyst”.

In order to prepare Raney nickel, a nickel-aluminium alloy must be prepared first. This can be done by heating aluminium into a molten state and subsequently dissolving nickel into it. This molten mixture must now be cooled in a process known as quenching. The activity of the catalyst can be enhanced by adding small quantities of chromium or zinc to the mixture during the quenching process.

Once the alloy is obtained, it must be ground into a fine powder and then be treated with concentrated sodium hydroxide. This results in the formation of sodium aluminate and hydrogen gas, as shown in the chemical equation provided below.

Via the process of leaching, a sizeable amount of aluminium present in the nickel-aluminium alloy is extracted. This leaves behind the required catalyst. Before storing the catalyst, it must be cleaned with distilled water under room temperatures in order to remove any leftover sodium aluminate.

The properties of Raney nickel are highly dependent on the activation process followed during the production phase. This catalyst is known to be structurally and thermally stable. On a macroscopic level, it appears to be a fine powder that is grey in colour. However, upon microscopic inspection, it can be observed that each grain of the powder is, by itself, a 3-Dimensional mesh containing pores that are irregular in shape and size. These pores are usually created during the leaching phase of the production process.

When BET measurements are conducted on with the help of a gas that tends to get preferentially adsorbed on the surface of certain metals (such as hydrogen), it is usually observed that the majority of the surface area of Raney nickel grains is made up of nickel. The larger the concentration of nickel in the surface, the greater the catalytic activity of the catalyst. Typically, one gram of Raney nickel has an active nickel surface of 100m2.

The density of Raney nickel is 6.5 grams per cubic centimetre. It is not very soluble in many common laboratory solvents. This catalyst is, however, highly soluble in many mineral acids (hydrochloric acid, for example).

Owing to its relatively high catalytic activity and its ability to adsorb hydrogen within its pores, Raney nickel is a very good catalyst for hydrogenation reactions. For example, this catalyst can be used for the conversion of benzene into cyclohexane (which can, in turn, be oxidized into adipic acid).

Raney nickel also has the ability to catalyze certain desulfurization reactions. For example, hydrocarbons can be obtained from the reduction of thioacetal with the help of Raney nickel (illustrated below).

Additionally, Raney nickel can be used as a catalyst for the following reactions:

To learn more about Raney nickel and other important catalysts in organic chemistry (such as Wilkinson’s catalyst), register with BYJU’S and download the mobile application on your smartphone.

Take up a quiz on Raney Nickel
Q5