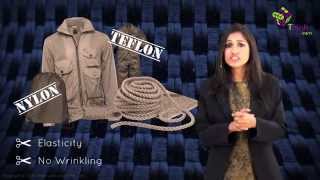 In 1885, Hilaire de Chardonnet discovered the method of deriving usable fibre from cellulose by chemically treating rags and wood pulp. It was first developed and marketed by DuPont. After the introduction of DuPont in the market, there was a tremendous transformation in the textile industry. DuPont industries started making man-made fibres like nylon. Irrespective of the efforts made by other scientists to make cost-effective artificial silk. Chardonnet is often considered as the father of rayon. Soon rayon started becoming one of the most important fibres in the carpet and home fabric industries.

Even though rayon fibre is made from a natural substance called cellulose, it is considered as a man-made fibre because the fibre is altered chemically according to the requirements and demands of the final product. DuPont was the first company to produce man-made rayon. At that time, silk was considered to be royal fabric and in Yang dynasty, only the royal family had the privilege to use it. After some time, nylon and rayon became a major fabric for making clothes.

Mary Quant, the British designer, designed a mini skirt which led to the popularity of opaque tights and the nylon fabric. In 1951, an article from Time magazine mentioned that nylon and rayon had stiff competition. Wallace Carothers was a great organic chemist who worked for DuPont on the crystalline molecule. In April 1930, Wallace and his assistant while working on esters found that there are molecules that have repeated chemical structures. But he ignored this observation and started working on amides derived from ammonia. While working on amides, he discovered a strong polymer called nylon.

Carothers referred to this polymer as ‘fibre 66’. A batch production was made and then it was sent to a mill for further processing. Researchers wanted to see the quality of the cloth. After a quality check, full-scale production started in Delaware. So the commercial production began in 1939 and the first nylon product, a toothbrush came in the market. The bristles of the brush were made from nylon fibre and the brush was named as Dr West’s miracle toothbrush. Nylon is an important man-made fibre which has a lot of twists and turns in its discovery.

To know more about fibres and the scientists who made efforts in the development of nylon and rayon fibre, watch the video.

Take up a quiz on Rayon Fabric
Q5