Thomson atomic model was proposed by William Thomson in the year 1900. This model explained the description of an inner structure of the atom theoretically. It was strongly supported by Sir Joseph Thomson, who had discovered the electron earlier.

Thomson assumed that an electron is two thousand times lighter than a proton and believed that an atom is made up of thousands of electrons. In this atomic structure model, he considered atoms surrounded by a cloud having positive as well as negative charges. The demonstration of the ionization of air by X-ray was also done by him together with Rutherford. They were the first to demonstrate it. Thomson’s model of an atom is similar to a plum pudding.

Postulate 1: An atom consists of a positively charged sphere with electrons embedded in it

Postulate 2: An atom as a whole is electrically neutral because the negative and positive charges are equal in magnitude

Thomson atomic model is compared to watermelon. Where he considered:

Although Thomson’s model was not an accurate model to account for the atomic structure, it proved to be the base for the development of other atomic models. Find the atomic structure pdf here. The study of the atom and its structure has paved the way for numerous inventions that have played a significant role in the development of humankind. To follow more download BYJU’S – the learning app. 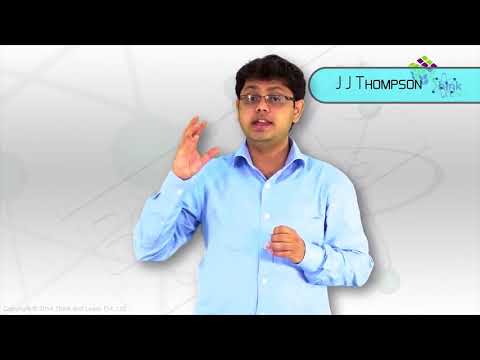 Why was Thomson’s atomic model discarded?

What is the important feature of Thomson atomic model?

The following are the characteristics of the Thomson model of an atom:
(i) An atom is made up of a positively charged sphere in which electrons are embedded.
(ii) The magnitudes of the negative and positive charges are the same. As a result, the atom is electrically neutral as a whole.

According to Thomson’s atomic model, an atom is made up of a positively charged sphere into which negatively charged electrons are implanted. Because electrons and protons have the same magnitude, an atom as a whole is electrically neutral.

To which fruit has Thomson’s model been compared to?

What was missing from Thomson’s atomic model?

His model lacked a nucleus, protons, and neutrons.