Packing of Spheres in 2 dimension

These triangular voids in hexagonal packing are shown in two orientations. We can see that in one row, the apex of the triangle points in an upward direction and in the other row it points in the downward direction.

In the three-dimensional structure, both in CCP and HCP close packing in solids, about 26% of total space is vacant and is not covered by spheres. These empty spaces are known as the interstitial voids, interstices or holes. The above voids in solids depend on the number of spheres.

There are two types of interstitial voids in a 3D structure:

Let the number of spheres be n.

Then the number of tetrahedral voids will be 2n. 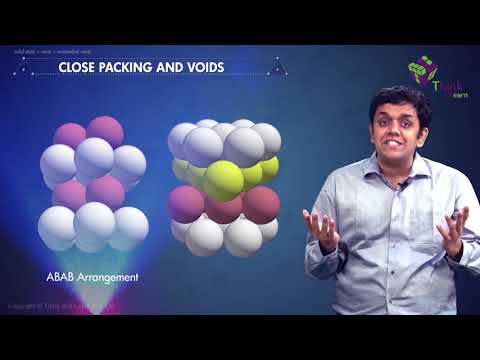 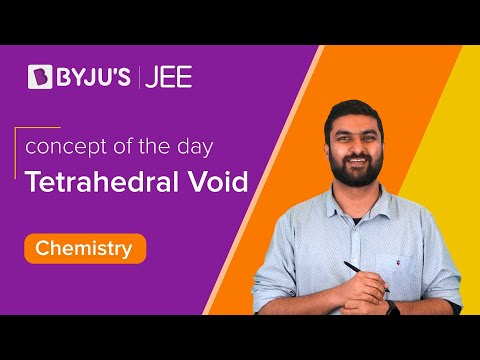 What is tetrahedral void?

It is called a tetrahedral space the space filled by four spheres residing at the corners of a regular tetrahedron. — when a tetrahedral void is created above the void of the first layer, the sphere of the second layer.

How many octahedral sites are there in BCC?

It may be known that both spheres are hard and strike each other. The six spheres describe a regular octahedra, and there is a given space for an interstitial atom in its interior, bordered by six spheres. Octahedral sites occur in crystals such as FCC and BCC.

What are octahedral sites?

An octahedral location is a space in the middle of a cluster of six atoms forming an octahedron. The octahedral area is greater than that of the tetrahedral site. Since atoms of the same size are packed together as tightly as possible, each atom has one octahedral site.

What are interstitial voids?

Vacuums in solid states mean empty space in a closed packed system between the constituent particles. Such empty spaces are known as the openings, interstices or interstitial voids.

Are all solids crystals?

A crystal is a solid where a periodic arrangement of atoms is formed. Not all crystals are solids. For example, as liquid water starts to freeze, the transition in process begins with tiny ice crystals rising until they merge, creating a polycrystalline structure.

Learning never comes to an end. There is much more to learn in solid states of which voids form just a small part. To know more about the solid states, join BYJU’S classes and feel the difference in the process of learning.

Test Your Knowledge On What Do We Mean By Voids In Solid State!
Q5